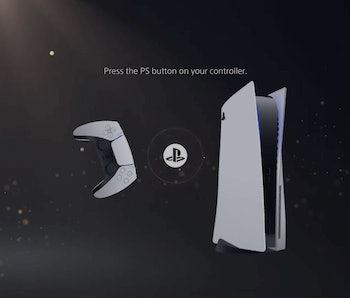 When we think about what's most important in a next-gen console, we often think about loading times and graphical fidelity, or exclusive games and launch titles. An obvious and important facet that gamers don't talk about enough is the basic user interface.

First impressions are everything, so how a gamer feels the first time they boot up a new console really matters. Early reports indicate that in this area alone, Sony's PlayStation 5 has Microsoft's Xbox Series X soundly beaten.

Tom Warren, Senior Editor at The Verge, tweeted Saturday that "the Xbox Series X dashboard will be the same as the Xbox One," clarifying that "the UI and dash[board] will be the same." In other words, when gamers start their brand-new Xbox Series X for the first time this fall, everything they see and hear will resemble the Xbox One they may have gotten seven years prior. Over the years, specifics apps and the overall interface have evolved over infrequent updates, including more recent updates that improve the experience, but the core dashboard has remained the same — and it'll stay the same for a long time to come.

Microsoft will have continuity between the two generations of Xbox consoles, making it easier for gamers to use the new console on day one, but it's at the expense of showcasing genuine innovation.

Quick Resume is an exciting new feature, but the interface for the next-gen console looks the same as the Xbox One.

What do you want out of next-gen consoles? Take our survey!

Monday morning, The Verge's Tom Warren also published an article that explains how Sony is going for the opposite approach.

In a thread on LinkedIn (that has since been deleted), PlayStation VP of UX design Matt MacLaurin called the PS5 UI a "very interesting evolution of the OS” and a “100 percent overhaul of the PS4 UI and some very different new concepts.” It is "more subtle than flashy" and "no pixel is untouched." Despite being practical and useful, the dashboard also presents "a whole new visual language" with "a complete rearchitecting of the user interface."

The final product was only hinted at in aspects of Sony's June 11 presentation, but Warren tweeted a "PS5 UI teaser" following the presentation that seemingly shows what booting up the next-gen console looks like. A dark void, peppered with dust particles, shifts drastically as we hear several pleasant tones ring out. Then the PlayStation symbol appears, beckoning the user to press the PS Button on their controller.

Based on this snippet alone, the PS5 interface will feel immediately familiar to PS4 owners, while also evolving that design ethos. We don't know what the full interface will look like just yet, but we'll probably find out very soon.

At first glance, a console's dashboard may not seem all that important in the grand scheme of things, but consider how much time we have to spend navigating through menus, whether it's trying to download the latest PS Plus freebie or delete a digital game to make room for a new one on your limited hard drive. If the way we interact with a console is clunky or difficult to parse, the entire experience is negatively impacted. Particularly since Sony is also releasing a Digital Edition of the PS5, which will compel gamers to take active management over their gaming library, an effective user interface is essential.