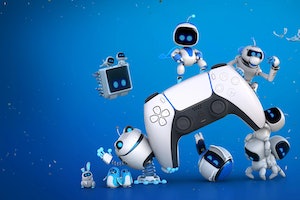 PS5 update: 6 tweaks the console needs in the next version

PlayStation 5 is getting its first major system update. Sony is tweaking a few aspects of its latest console, giving players the ability to adjust volume on in-game voice chat, overall screen size, and more. Most importantly, the update adds the ability to move a PS5 game to a USB hard drive, though games can’t be played directly off a drive.

That’s one fan-requested feature down and many more to go. Sony’s new console offers a slick new UI experience, but it’s lacking in other areas compared to the PS4. It doesn’t support themes, turning the console off requires multiple button presses, and fundamental features like a traditional download page are missing.

With this big update, there’s renewed hope that Sony is going to fix some of the console’s most frustrating pet peeves. Here’s what we’d want to see in the PS5’s next big system update.

The PS5 doesn’t have a traditional downloads page where players can see everything that’s in the queue. Instead, the console only has a little widget that’s accessible on the control center. The annoying part of that is that it’ll only show active downloads. That means that players have no way of accessing their download history.

It’s a minor annoyance, but it speaks to some of the console’s more overthought features. The control center is meant to be a way to centralize the PS5’s features, but it ends up wiping away some basic ones in its quest for a streamlined UI experience. —GC

The PS5 makes numerous advancements in the trophy hunting process by prioritizing trophies that might be “easy” to attain when you press the PS button. It’s designed to aid the player that wouldn’t mind a short detour in gameplay. Okay, that’s great, but where’s the accessibility for the seasoned trophy hunter?

If you want an overview of every trophy available in the game you’re playing you need to press the PS button, tap the game in the menu twice, and finally click go to the game hub. Why is that such a process? The PS5 already features a handful of trophies after clicking the PS menu, why not add the rest? Or at least a shortcut? The PS5 has made trophy collecting more annoying than ever. —JL

The PS5 DualSense controller has limited voice search and typing functionality, allowing voice-to-text options for messaging friends or searching the PS Store. With some additional hardware, the PS4 let you use voice to execute some more robust commands … so why isn’t this functionality already part of the PS5?

In an era where smart home devices are more common, Siri sleeps in everyone’s pocket, and streaming devices like Apple TV offer robust voice command functionality, the PS5 feels almost outdated. It really ought to have a suite of voice options available, if only to make it easier to perform many of the other functions on this list that are overcomplicated. — CP

One of the best things about the PS5 was how customizable its home screen was. Players could download any number of themes to give their console a bit of personal flair. My PS4 had a big image of Tifa with one of Final Fantasy VII Remake’s lovely compositions accompanying it. Sony dropped that idea for the PS5, likely due to the fact that individual games have their own little theme when players scroll over them. It’s a cute way to make games feel special, but I miss Tifa. — GC

In 2021, not having easily accessible social features like this is unacceptable. But when I wanted to send a friend request to someone I played Outriders with, I was baffled by how hidden this important social feature is.

Like with the PS5’s power controls, it just takes too many button presses as you have to go into Game Base (the platform’s social hub), choose to view all of your friends, then find a search option and search for the player you want. A friend request feature should be much more apparent than this so you can quickly friend a player. An update could potentially move this feature to the main Game Base menu, which is where it should be. — TF

1. Simpler, less naggy on and off functions

Past iterations of PlayStation consoles have had a simple, straightforward means of powering down the console: hold the PS button at the center of your controller, then select whether you want to shut down completely or enter “rest mode.”

The PS5 changes up this familiar formula, and we’re not the only ones who feel like it’s a step backward. Instead of holding, you’ll need to quickly tap the PS button, then scroll across several icons to bring up the familiar assortment of turning-off options. This doesn’t seem especially difficult on paper. But compared to the Xbox, Switch, and even the PS4, it’s noticeably cumbersome. That’s not to mention the fact that if you simply unplug the console, next time you turn it on you’ll be greeted by a miffed, wounded message about your negligent turning-off behavior. No thanks. — JG