Pokémon Presents Livestream start time, how to watch, and what to expect

"20 minutes worth of Pokémon news for fans to enjoy." 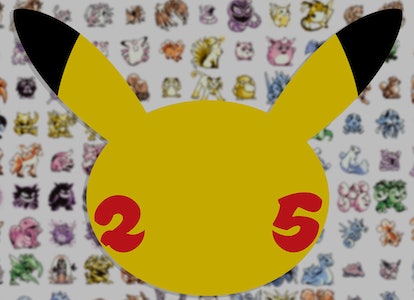 Get ready to be the very best. The Pokémon Company will host a Pokémon Presents livestream this week and that's cause for celebration. The franchise celebrates its 25th anniversary this year, so fans naturally have some pretty high expectations for the much anticipated stream.

The good news is that it might actually live up to the hype. The Pokémon Company tends to bring the heat in its presentations, so there's a good chance we actually see some of the games fans are expecting this time around. First, let's all take a deep breath. Then, read on to find out where you can watch the stream and what we can expect from it.

When is the Pokémon Presents stream?

The Pokémon Presents presentation will take place on Friday, February 26 and it kicks off at 10 a.m. Eastern. According to The Pokémon Company, the video will contain 20 minutes of Pokémon news. Short, but hopefully sweet.

Where to watch the Pokémon Presents stream

There's only one place to watch the Pokémon Presents stream: on the official Pokémon YouTube channel. If you want to make sure you don't miss it, head over and subscribe to the channel, hit the bell, and all that good YouTube jazz.

What to expect from the Pokémon Presents stream

Expectations are really high for this event, but not unrealistic. Many of the fan theories floating around actually feel plausible, especially compared to the high hopes hung on the past Nintendo Direct. The big question is whether or not Nintendo will reveal some form of Diamond and Pearl remake, which fans have been begging for. Frankly, that seems like a no-brainer considering that it's been the next generation in line for a remake for quite some time.

It's also fairly reasonable to assume that we'll see Pokémon Unite at this. The Switch MOBA hasn't popped up in quite a while, but there were recent leaks showing off some of the game's skins. In all likelihood, this game will get another spotlight here as it seems to be a major focus for The Pokémon Company.

Other than that, it's a grab bag when it comes to news. We're still awaiting more details on Pokémon Smile and Pokémon Sleep, two apps that wedge Pokémon into our daily routines. It's likely we'll see New Pokémon Snap appear as well considering that it's just two months away.

Other than that, all bets are off. Nothing's really a pipe dream when it comes to Pokémon presentations, which tend to be fairly unpredictable. Detective Pikachu 2? A new digital trading card game? A Pokémon Let's Go! installment set in Johto? That's all plausible.

Oh, uh, this too. Post Malone covered Hootie & the Blowfish's "I Only Wanna Be With You" as part of Pokémon's birthday celebration. We're not really sure what Hootie has to do with Pikachu, but fans can watch a virtual concert featuring the song on Saturday, February 27 at 7 p.m. Eastern. We're just glad Darius Rucker is getting paid, frankly.

More like this
Gaming
22 hours ago
How to find fresh designs to upgrade and decorate your Splatoon 3 locker
By Hayes Madsen
Gaming
3 hours ago
6 best spooky games to play on Nintendo Switch Online ASAP
By Joseph Yaden
Gaming
Sep. 29, 2022
Mario Kart 8 and 5 more of the best Nintendo Switch party games
By Jess Reyes
Related Tags
Share: