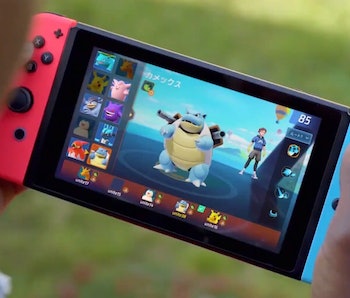 The Pokémon Company is working with Tencent to create a new Pokémon game for the series’ 25th anniversary!

However, this isn’t a standard turn-based RPG. This Pokémon game is part of the MOBA strategy game subgenre that League of Legends normally dominates. The result is Pokémon Unite, an exciting new MOBA coming to both Nintendo Switch and mobile.

If you want a better understanding of what Pokémon Unite actually is, we've rounded up everything we know about the game.

When is the Pokémon Unite release date?

Pokémon Unite is here a year after its initial announcement. Tencent and The Pokémon Company have confirmed that the Nintendo Switch version will be released on July 21, 2021. iOS and Android versions of the game are still on the way, but those still only have the vague release window of September 2021 assigned back in June.

This release follows a Closed Beta that was held on Android devices in Canada in March 2021.

Is there a trailer for Pokémon Unite?

When its developers confirmed the Nintendo Switch release date for Pokémon Unite, a brand new trailer for the game was released. It gives a quick overview of the game, showing how matches function and the customization options at players’ disposal. You can check that out below.

If you want to watch more, a cinematic trailer highlighting many of the Pokémon that players can use in the final game was released in June, and you can see how far the game has come since its reveal by watching its announcement trailer.

How to get Zeraora in Pokémon Unite

The Pokémon Company and Tencent are offering a special Pokémon as a bonus to the game’s early adopters. This Mythical Pokémon from Pokémon Sun and Moon is an Electric-type with high speed, and a Unite Move called Plasma Gale that creates an area-of-effect Plasma attack around it when used.

To get Zeraora, you have to download Pokémon Unite by 10:59 a.m. Eastern on August 31, 2021. If you do that, Zeraora will show up in the in-game mail system, and you can claim it there. For those who don’t play in time or just don’t redeem this free Pokémon, the developers promise that they will add it to the game later as a reward for completing some special missions.

Is Pokémon Unite a MOBA?

While The Pokémon Company and Tencent only refer to Pokémon Unite as a "team battle" game, looking at gameplay clearly indicates that this is a MOBA, a multiplayer online battle arena game. These are real-time strategy games in which teams of players compete against each other to capture or destroy specific points on a map while engaging in direct combat alongside AI-controlled enemies.

Games like League of Legends and DOTA 2 are the best points of comparison to learn more about this genre. Pokémon Unite falls into all of the same trappings as a MOBA, just with a unique Pokémon flair.

How do Pokémon Unite matches work?

Over the course of a match, teams of five will choose a Pokémon and then attempt to score the most points by defeating Pokémon and then bringing their Aoes energy to their team’s goal zone. Each match's ultimate aim is to score more points than the other team within the time limit. True to most MOBAs, there are several ways to achieve that.

This presents a pretty accessible premise for a MOBA that appears to rely less on players directly fighting each other to win and more on direct progression and area control. You'll still want to fight other players to prevent them from claiming any points on your goals.

For combat, each Pokémon will have several recognizable moves as well as one powerful and special "Unite Move." The game won't feature type advantages like typical Pokémon games, so fights are more about strategy and tactics than pure advantages built into your team composition.

Pokémon start each match at level 1 but can level up and even evolve by using Aoes energy. Players can also anticipate that the different stadiums they fight in will have different layouts and sometimes even modify the game’s rules.

Which Pokémon are in Pokémon Unite?

When it comes to Pokémon players can directly control, Pokémon Unite will have 19 playable ones at launch. These are all split into five different classes: Attacker, Defender, Speedster, All-Rounder, and Supporter. Some are also more difficult to use than others, with difficulty levels ranging from novice to expert.

The following 19 Pokémon are confirmed for Pokémon Unite:

Inverse has also spotted Blastoise, Stuffle, Aipom, Clefable, Toxicroak, Rotom, and Altaria in promotional materials. It’s possible that some of these are just wild Pokémon or might be added to the game’s rost post-launch.

What platforms will Pokémon Unite be available for?

The June 24, 2020 reveal presentation confirms that Pokémon Unite will be a free-to-play game for Nintendo Switch and mobile devices. While MOBAs are popular on PC, it doesn't seem like Pokémon will make that jump anytime soon.

The game's user interface seems to be set up very well for a touch screen, so it will probably be most enjoyable on Switch in handheld mode. This does mean the game will feature microtransactions. You can use real money to buy Aeos gems. In turn, these are used to get Unite licenses for new Pokémon as well as Pokémon held items and trainer cosmetic items.

These can also be purchased with the non-paid Aoes Coins and Aeos Tickets currency, though these will obviously be unlocked through gameplay at a slower rate.

On the bright side, The Pokémon Company also confirmed that it would feature cross-play and cross-progression between the Nintendo Switch and mobile versions of the game, so you'll be able to play with friends easily.

It’s a one-time thing for this game, though, as Nintendo President Shuntaro Furukawa said, “It was decided that given the genre of the game and the anticipated player population, a cross-platform format was appropriate.”

No. Game Freak, the studio behind most Pokémon games, is not developing Pokémon Unite. Instead, it's being developed through a collaboration between The Pokémon Company and Tencent, the massive Chinese conglomerate that's also behind MOBAs like League of Legends.

Specifically, a newer studio within Tencent called TiMi is handling the development of Pokémon Unite. Even though Tencent is a somewhat controversial company to many western gamers, one can't deny that its MOBA experience makes them a good fit for Pokémon Unite. This also means that Game Freak can solely focus on Sword and Shield's DLC and whatever new mainline Pokémon game is next.

Pokémon Unite will be released July 21 for Nintendo Switch, iOS, and Android.

More like this
Gaming
5.10.2022 6:09 PM
Nintendo confirms 7 huge Switch games coming later this year
By Robin Bea
Gaming
5.19.2022 8:24 PM
How to add Arceus, Diamond, and Pearl Pokédexes to Pokémon Home 2.0
By Robin Bea
Gaming
1 hour ago
Nintendo Switch OLED made me fall back in love with handheld gaming
By Tom Regan