“His departure is another unfortunate event in a long series for Activision-Blizzard.” 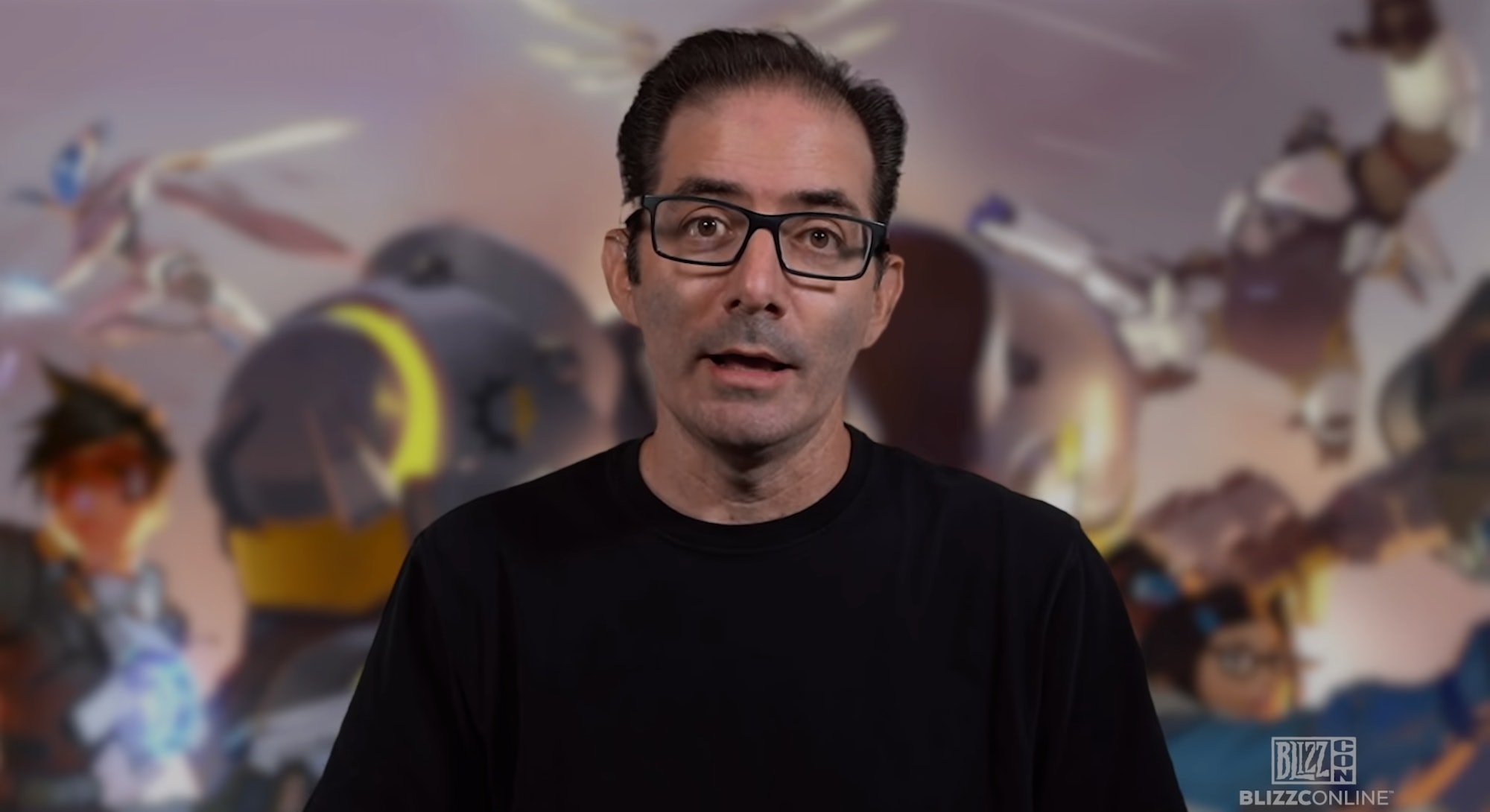 The video game industry just got a shocking surprise.

Blizzard veteran Jeff Kaplan has parted ways with the company after 19 years. Kaplan was best known for his work on the Overwatch series and had been actively serving as game director on the upcoming sequel.

The news is more bad news for Blizzard, which has seen a wave of high-profile departures in the past few years. Kaplan had been one of the higher-profile faces left at the company, so the abrupt announcement of his imminent departure leaves many questions open about the future of Overwatch, its sequel, and Blizzard as a whole.

Here’s exactly what happened and what implications it has for Blizzard’s future.

What happened? — On Tuesday, April 20 Jeff Kaplan announced his departure from Blizzard via a blog post on the Overwatch website. The news came as a shock, as Kaplan has served as the face of Overwatch since the game’s launch in May 2016. One of his most endearing stunts had been an annual Overwatch Yule Log video series where he’d sit by a fire with a plate of cookies. He most recently appeared during a Blizzcon digital panel in February 2021 to share updates on Overwatch 2’s development process.

Kaplan is a 19-year veteran of the company who formerly served as a game director on World of Warcraft. He moved off the franchise in 2009 to work on a new project, codenamed Titan. When the game was cancelled, Kaplan moved into Overwatch as lead designer and game director.

Kaplan didn’t cite a specific reason for his departure. He shared a short statement with Overwatch fans confirming that he was leaving the company.

“I am leaving Blizzard Entertainment after 19 amazing years,” Kaplan writes. “It was truly the honor of a lifetime to have the opportunity to create worlds and heroes for such a passionate audience. I want to express my deep appreciation to everyone at Blizzard who supported our games, our game teams, and our players. But I want to say a special thanks to the wonderful game developers that shared in the journey of creation with me.”

Activision-Blizzard declined to comment when Inverse asked for further clarification.

Could we see it coming? — The news certainly comes as a shock considering Kaplan’s recent Blizzcon appearance, but there have been warning signs.

Several Blizzard executives and higher-ups have departed the companies in the past few years. That includes former CEO Mike Morhaime, who left the company in 2018 to found his own studio, Dreamhaven.

Beyond top-level changes, there’s been general unrest brewing at Blizzard for years. In August 2020, Bloomberg reported that staff members had started comparing their salaries due to frustrations with compensation. According to Bloomberg’s report, employees wrote in the document, “Our mentors are leaving in droves.”

That unrest was punctuated by a round of layoffs in March, which led to 190 staff members losing their jobs. The move drew attention as reports began to surface that Blizzard CEO Bobby Kotick was set to receive a $200 million bonus. Further digging found that Kotick’s bonus was related to stock incentives laid out in his 2016 contract.

As of now, there’s no direct link between Kaplan’s departure and those stories, but it is another piece of an emerging pattern at Blizzard that is disconcerting to say the least.

Why it matters — Jeff Kaplan was rapidly becoming one of the gaming industry’s biggest public personalities. The director was synonymous with Overwatch in the same way that Shigeru Miyamoto is inseparable from Mario.

According to esports host and commentator Jimmy Mondal, Kaplan’s departure is an especially symbolic moment for Blizzard and Overwatch’s esports scene.

“Jeff leaving is a big deal because he was the point of connection between Activision-Blizzard, a corporate megalith, and the end consumer, who saw Jeff as a highly passionate individual who really cared about the game,” Mondal tells Inverse. “His departure is another unfortunate event in a long series for Activision-Blizzard, which has mishandled Overwatch's esports scene since axing Tier 2 and Tier 3 tournaments in the first year of the game being released, to now not having released a new hero in the game since April 14, 2020.”

That’s left Overwatch fans with some anxiety about how the departure will affect the game’s future. Overwatch content creator Samito sums up fans’ general frustration with the current state of the game in a tweet about the situation:

“The new Overwatch leadership will need to make up for the poor direction the game has been taking,” Samito writes. “We are still three years behind the rest of the industry’s business model.”

What it means for Blizzard — Regardless of why Kaplan parted ways with the company, it’s clear that Blizzard has a problem on its hands. The company is unable to retain some of its most important talent, raising questions about the current environment behind the scenes.

Ampere Analysis Research Director Piers Harding-Rolls has a different take, however. While there’s certainly a pattern emerging over the past few years, Harding-Rolls believes it has less to do with internal politics and more to do with the natural turnover cycle that comes with employees who have been in one place for decades.

“A changing of the guard was always likely to take place at some point,” Harding-Rolls tells Inverse. “When long-established colleagues leave to pursue other opportunities, others often follow. It’s perhaps surprising that the original founders and studio heads stayed so long after the Activision Vivendi merger. That is a testament to the ‘hands-off approach’ employed by Activision when integrating the newly established Blizzard division following the merger.”

If that’s the case, the move may not change too much for Blizzard. Kaplan was a known personality in gaming, but this day was always inevitable. It would have felt shocking at any point, regardless of wider context. Blizzard still has a lot to reckon with following its most recent wave of layoffs, but Kaplan’s departure doesn’t exactly signal disaster

What's next? — Blizzard is wasting no time when it comes to filling Kaplan’s shoes. The company is pulling in Aaron Keller to take over Overwatch’s reigns. Keller is an 18-year Blizzard veteran who co-founded the Overwatch team. He will take over Kaplan’s role on both the current game and Overwatch 2.

The most pressing question is how this might affect Overwatch 2, which has been in development for years. Blizzard hasn’t officially said if the personnel change will affect development, but Keller notes that the ship is still sailing.

“Speaking of Overwatch 2, development is continuing at a good pace,” says Keller in a blog post. “We have an exceptional vision we’re executing on, the reaction from many of you to the updates we shared at BlizzConline thrilled us, and we have exciting reveals planned for this year and beyond as we ramp to launch. We’ll be sharing more frequent updates about Overwatch 2 progress and new features in the live game with you all very soon.”

According to Harding-Rolls, Keller stepping in to take the reigns is a good sign that the sequel won’t change much in the shake-up. Though it does mean that fans shouldn’t expect it anytime soon.

“It tells us that the release of Overwatch 2 is still some time away,” Harding-Rolls says. “The fact that Aaron Keller, another long-time Blizzard employee, is taking over running the project I think is a good sign and suggests a fundamental shift in direction for the title is unlikely.”

Overwatch 2 doesn’t have an official release date, so fans will likely be none the wiser if it's delayed internally due to the shake-up.