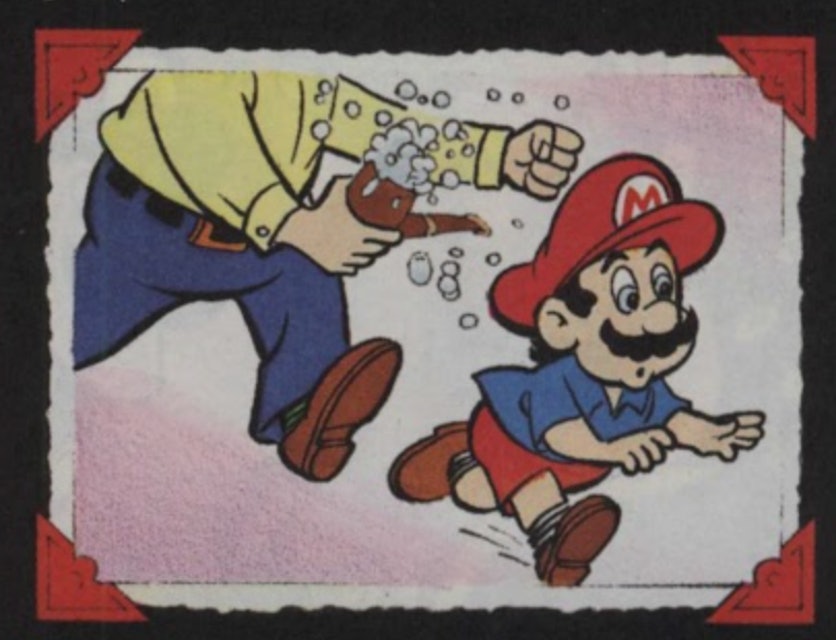 Mario is a Nintendo icon. Everyone’s favorite plumber has been Nintendo’s vanguard for 35 years. He holds the company together with memorable one-liners like “It’s a me, Mario!” and “Mama Mia!” These lines have resonated with Nintendo fans since their inception. But as Mario belts out another “Mama Mia,” you might be stuck wondering “what about papa?”

Did Mario have a paternal figure growing up? If so, why isn’t he mentioned? This question may plague your mind like the latest true crime documentary. Did Mario and Luigi simply come into existence, delivered by a stork as Yoshi’s Island implies?

In a sense, Mario’s dad does exist, and he’s a lot more human than you’d expect.

Mario’s father is potentially two people: The first potential progenitor of the Italian plumber is Shigeru Miyamoto. You might know Miyamoto as the man credited with creating the famous Nintendo franchise, but he could also be Mario’s canonical father.

In a December 2020 Nintendo Direct that explored the Nintendo theme park, Super Nintendo World, Miyamoto introduced himself as “Mario’s dad.”

In isolation, this could be written off as a cool title, like how Walt Disney is called the “Father of Animation.” As we all know, Disney didn’t physically use his body to aid in birthing the first animation cell.

Shortly after claiming to be the father to Mario and Luigi, Miyamoto runs into the actual brothers. The pair are doing a photoshoot for the park. Miyamoto takes a picture with them and waves them goodbye. As Miyamoto is departing he tells Mario and Luigi: “Okay, Dad’s busy. Good luck with the photoshoot.”

The man called himself, “dad.” Shigeru Miyamoto considers Mario Mario and Luigi Mario to be his progeny.

Why Papa Pia Mario is believed to be Mario’s father

In the canon of the games and other Mario media, the plumber’s father has been explored a handful of times.

Mario’s father first appeared in a Mario-themed adaptation of the Japanese fairy tale Issun-bōshi. It told the Issun-bōshi story with the characters replaced by the Mario cast. The paternal figure briefly appeared to hold Mario right after his birth. His face is obscured, but we can see that, like Mario, he has a mustache.

The comic depicts Mario’s early life from infancy to adulthood. It shows that Mario has always had two defining features: a mustache and a talent for pipes. According to the comic, after being born with a full head of hair and stubble, Mario began fixing pipes around his childhood home. He began by repairing the kitchen sink but eventually moved his talents to his father’s smoking pipe. Mario forced the smoking pipe to spew literal water. This prompted his father to chase a young Mario around their house with apparent frustration.

Mario’s father would later be seen as a silhouette in the Yoshi’s Island games. These appearances added no new details to his mythos.

The remainder of Papa Pia Mario’s identity can be uncovered through context clues and offhanded remarks. At San Diego Comic-Con 2012, Mario’s actor Charles Martinet portrayed the character for an extended time, answering numerous fan questions. One question asked Mario for his last name. Of course, he answered that his last name was Mario, but didn’t stop there. Mario went on to explain that his parents were named “Mama Mia Mario” and “Papa Pia Mario.”

This provides context to other known familial Mario relationships. For example, we now know that Mario’s Grandmother is a paternal one. In the live-action Mario tv show, The Super Mario Bros. Super Show!, it’s revealed that Mario’s mother’s maiden name is Riggasi. Mario’s grandmother, Grandma Mia Mario, is depicted as strict and hard on her loved ones. In an episode of The Super Mario Bros. Super Show!, Mario and Luigi briefly resurrect their grandmother from her grave in Newark, New Jersey. She scolds the brothers on their life choices, labeling their home as a dump. Perhaps she had similar aggression towards Papa Pia Mario?

Though Papa Pia has never been seen in full, some believe him to be a man featured on a promotional tray for Super Mario Bros. This has never been confirmed in any capacity. This theory is only based on the portrait’s similar appearance to the Mario brothers.

Nintendo has purposefully kept the visage of Mario’s father vague throughout the year. Meanwhile, we’ve received a good look at Mario’s direct relatives throughout the years. This includes Mario’s mother, Mama Mia Mario. She acted as a supporting character on the live-action Mario show, making multiple appearances throughout the series’ run.

Meanwhile, Nintendo has kept Mario’s dad fairly vague. While this has led to a Mamma Mia-esque investigation to find Mario’s father, perhaps we’re trying too hard? Papa Pia Mario and Shigeru Miyamoto could be one and the same?

The angered oaf chasing Mario around his childhood home could be none other than Shigeru Miyamoto. Perhaps Miyamoto is an alias Papa Pia Mario adopted in the 80s after conceiving Mario with Mama Mia Mario?

Other than Miyamoto’s lack of known Italian heritage, there’s nothing that goes against this being true.