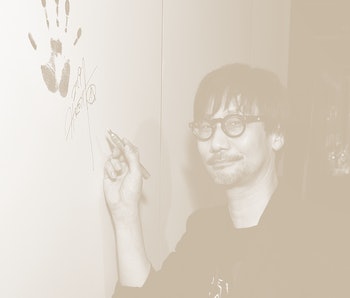 Hideo Kojima has another game in the works. Gamers knew that from the moment Xbox Games Studio announced its partnership with Kojima Productions in June 2022. The name of that project or what it would really be was still a mystery at the time, though. In fact, the name “Overdose” was just a loose rumor until recently when a leaked video about the supposed horror game went viral on social media earlier this week.

Most of the Overdose leaked videos have since been deleted, which says something in and of itself. Thankfully, not all traces of it have disappeared yet. Here’s what we know so far about what could potentially be Kojima’s latest game.

When is the Overdose release window?

There is no release date or trailer for Overdose. The name of the game isn’t even confirmed. Fans are still speculating whether or not it’s the game that Kojima and Xbox said they were going to develop since their partnership was announced five months ago.

What was in the leaked Overdose trailer?

Some copies of the leaked Overdose video are still circulating on video-sharing sites like YouTube. The video above shows the leaked footage as reported — as a recording of the footage playing on someone’s device rather than a file itself.

As reported by Polygon, the video features Once Upon a Time in Hollywood’s Margaret Qualley walking down a dark, creepy hallway with a flashlight. A shirtless man can be seen recording the gameplay on his phone. After the final jump scare, Margaret Qualley disappears and the shirtless guy is left with the “GAMEOVER” and title drop “A HIDEO KOJIMA GAME: OVERDOSE.” It’s unclear why the shirtless guy is even there, but fans already have their theories.

It’s too early to confirm what the game really is. What we have so far is just Margaret Qualley in what appears to be a horror game and a shirtless guy who may or may not be related to the game.

Who is in the Overdose cast?

Other than Margaret Qualley, who already worked with Kojima for Death Stranding, Elle Fanning and Shiori Kutsuna might also be involved with Overdose.

Margaret Qualley seems to definitely be involved in whatever game is named or code-named Overdose. Fanning and Kutsuna are involved in the same Kojima Productions project, but is this all one and the same? That part remains unclear.

Tom Henderson, a controversial video game industry insider, first dropped the name “Overdose” in a special report of his published on Try Hard Guides. Kojima Productions reportedly reached out to him about taking down the report, but Henderson refused.

Video games sometimes have project names before they go live with the official titles. Overdose could be one of those work-in-progress names! There’s no indication that it is or isn’t, though.

We’ll have to wait to see what else leaks or if Kojima Productions will follow up with official information soon.

Overdose is currently in development.