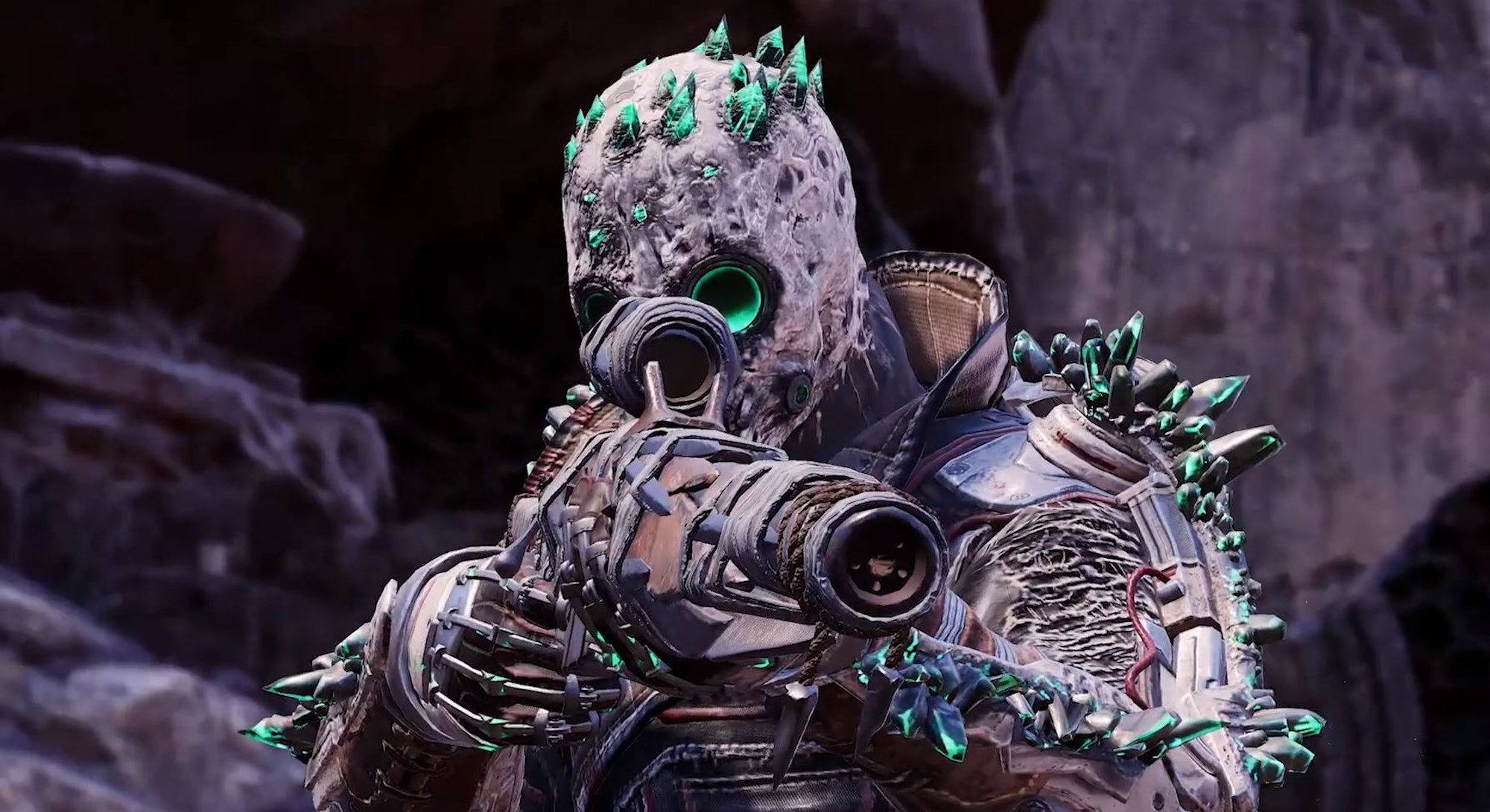 The three previously confirmed Outriders classes were the fire mage Pyromancer, the time-bending Trickster, and the earthen-focused Devastator. Now, there's an icy fourth.

Inverse went hands-on with the class for almost three hours ahead of Tuesday’s reveal. Landing somewhere between Destiny and Gears of War in how it feels to play, Outriders is an intense looter-shooter where the world is just as visceral as the gameplay. While the writing can sometimes be a bit eyeroll-worthy and too edgy, the alien world of Enoch is still interesting to explore. And Outriders isn’t afraid to embrace its wacky sci-fi with bombastic classes like the Technomancer, which offers an unusual blend of supporting abilities.

Here’s a closer look at everything the class has to offer.

What is the Technomancer class in Outriders?

At the start of Outriders, players must choose between four different classes that will determine their powers over the course of the game. While you can have multiple characters, you cannot switch classes. Those that choose the Technomancer will gain access to an array of technology-based abilities that will have them crafting weapons and turrets on the fly, using ice-based buffs and debuffs to turn the tide of a fight, and providing necessary healing utility to the whole squad.

Outriders broadcast host Lucy Hale describes the Technomancer as a “long-range support class,” and our time playing as the class confirms as much. Depending on how you apply your skill points and which abilities you choose to include in your loadout, the Technomancer can either dish out moderate amounts of damage and debuffs from a longer range or serve as a heavy-hitting healer in the thick of it.

The Technomancer can build two different kinds of turrets: one that shoots rockets and another that deals less damage but debuffs enemies. While these turrets probably won’t destroy many enemies outright, they can be placed in strategic spots to give your team a unique edge in a firefight, laying down cover fire to support more aggressive combat maneuvers. Turrets do have their own health bars, so they can and will be destroyed; Protecting them should, therefore, be a priority.

While the Technomancer is best at longer ranges, when they do end up in the middle of the action, they can rely on their freezing abilities to hold enemies in place. Their grenades, mines, and melee all deal damage while also inflicting a freezing status effect, but they also have an ability that lets them summon a large rocket launcher or minigun.

Yet another vital Technomancer ability lets them heal all nearby allies, including themselves. As there are no traditional healing items in Outriders, with characters relying on their own abilities to heal, this is a critical power that already feels like a must-have on any Technomancer's loadout.

Is the Technomancer fun to use?

The Technomancer is a versatile support class, and when slotted properly into a team it should give players the boost they need to get through tougher situations. Some of the most satisfying moments of Inverse’s demo were when our team set up turrets and freezing abilities just right to deal some massive damage to the waves of attacking enemies.

Still, I wouldn’t recommend making a team of a squad of three Technomancers when Outriders is finally released. While we were able to scrape by thanks to the Technomancer’s more offensive abilities, its focus on support works better when accompanied by a damaging class like the Pyromancer or Devastator.

Outriders will be released later this year.