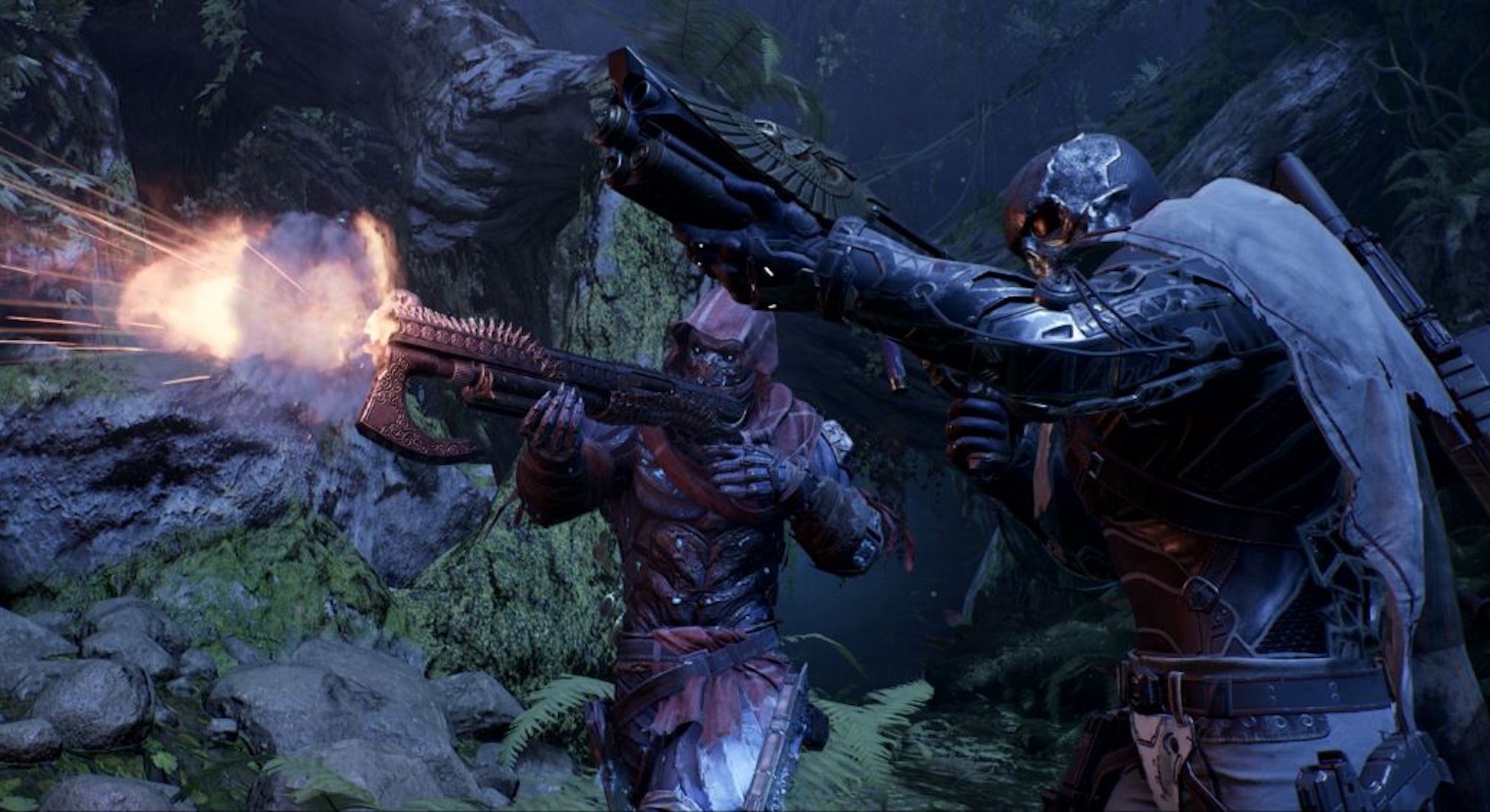 Developer People Can Fly is known for linear shooters like Painkiller, Gears of War: Judgment, and Bulletstorm. But its next game, Outriders, is much more ambitious and open-ended, fusing together third-person shooter combat with RPG-style progression that allows for a lot of flexibility.

"Because of the freedom of choice in how you can play your character, this game could be a cover shooter for one character and not at all for another,” Game Director Bartosz Kmita tells Inverse. “That was more problematic than the story itself, the amount of choices we gave to the player creates quite a complex structure from the gameplay perspective.”

This sci-fi shooter has tons of RPGs elements, side quests, and customization options. Following a new Outriders broadcast highlighting these features on July 2, Inverse sat down with Kmita and Senior Narrative Designer Szymon Barchan to learn more about how Outriders evolved into a more flexible gaming experience that players can customize to suit their own playstyles.

Kmita credits this change of scope to the fact that “our needs as players changed.” Nowadays, players want more freedom, so that “player perspective transformed into the developer perspective.” The July 2 Outriders broadcast shows that ambition by highlighting the game’s structure, some side quests, and varied skills of the Pyromancer class.

Despite this shift, Kmita also stressed, “We are still trying to be true to our DNA, which of course is shooters,” but the developers have been “brave” and tried new things over the course of Outriders' lengthy development. Of course, this shift introduced some developer challenges.

Kmita describes the game’s story as still having “a linear core,” but Senior Narrative Designer Szyman Barchan clarified what that meant. “We have the main story path, but you have a lot of additional content that supplements the story,” he said. “If you’re interested in getting to know more about the world you can do it. If you just want to do the main story, you will have everything there.”

Whether you’re a fan of People Can Fly’s previous work or more open-ended shooters like Destiny and Anthem, Outriders aims for a precarious balancing act that splits the difference.

Below is a Q&A with Outriders Game Director Bartosz Kmita and Senior Narrative Designer Szyman Barchan.

Inverse: This broadcast showed that Outriders will have a lot of open areas even though it isn't an open world. What inspired you to go in that direction with Outriders?

Bartosz Kmita: As players, we wanted to play different kinds of content and have more freedom. We decided to do something like that from the start, not only giving more level freedom but freedom in gameplay for a player to build his character and play style.

That’s why we added all of the RPG elements into the game, over which we are still trying to be true to our DNA as a shooter. We tried to go braver with some elements like less linear levels, less linear gameplay, and more fantasy to the story and sidequests.

Szymon Barchan: We didn’t go full open world, but we wanted players to have the chance to explore and have some side activities.

What were some of the challenges that arose from the non-linear approach?

The amount of choices we gave to the player creates quite a complex structure from the gameplay perspective. Of course, the story was challenging too because of side quests, secret journals, and creating the world.

Your Outriders’ truck serves as a hub outside of the main settlements. Is that fully integrated into each area? What can you do in the hub around your truck?

Barchan: In any new area you go to, there is always this hub where you have this truck. From this, you can explore the local area, so it's another part of the world map. There is always a main thing for you to do and there are like those side activities you can also pursue and explore in that hub.

How does the Stash briefly mentioned in the video work? What can be transferred between characters? How easily can you switch between them?

Barchan: Nearly instantly after creating a new character you're able to play with others using that character.

Kmita: You cannot change the class on the fly during the gameplay like the two separate characters. You can change some things on the fly in the game like skill trees and items, but the class is a separate thing. You can use the Stash to exchange items and help the lower level characters.

Outriders will be released for PC, PS4, PS5, Xbox One, and Xbox Series X this holiday season.