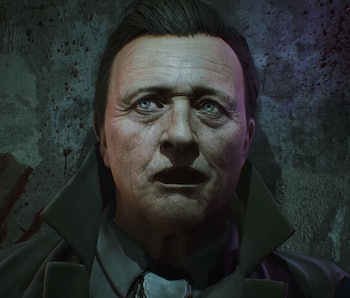 While some tech demos and short gameplay trailers have given us a taste of next-gen gameplay, full next-gen gameplay videos have been few and far between thus far. Thankfully, during IGN's Summer of Gaming, Bloober Team gave an extended look at gameplay for Observer: System Redux, the next-gen exclusive remake of the 2017 cyberpunk horror game, and it was nothing less than eye-popping.

This 10-minute "next-gen deep dive" highlighted all of the improvements next gen-consoles bring to Observer, most notably massive lighting improvements and expanded story content. There were long clips of uninterrupted next-gen gameplay, which is refreshing as most next-gen trailers have been quite short and snappy.

As the beginning of the video highlights, all of the visual enhancements System Redux brings to the game. "For Observer: System Redux, we've rebuilt and upgraded the visuals in practically every aspect," Light Artist Tomasz Bentkowski explains. "The game now uses improved assets, including 4K textures, new high-quality animations, and models, as well as upgraded particle effects and simulations."

The visual enhancements are more impactful than we anticipated, so the experience may even feel visually fresh to those that have already played it. It takes advantage of the next-gen hardware in other ways too, as Bentkowski confirmed that Observer: System Redux will run at 60 frames per second, feature minimal loading times thanks to the SSDs on Xbox Series X and PS5, and take advantage of other next-gen lighting features like HDR, global illumination, and ray-tracing.

The upgrades aren't purely visual either. The remaster will add new story cases, including the "Her Fearful Symmetry" and "Errant Signal" ones that get extended gameplay segments in the new gameplay video. Bentkowski also revealed in the video that Observer: System Redux will have "new puzzles, game mechanics, and mind-bending dream eater segments," for those worried the remaster won't have much new to offer.

Observer: System Redux isn't Bloober Team's only next-gen game. The Polish developer is working with Microsoft to launch The Medium, a Silent Hill-inspired horror game, for PC and Xbox Series X around the launch of the next-gen consoles.

The Inverse Analysis -- Bloober Team is positioning itself to be a leading name in next-gen horror, and our early look at Observer: System Redux is very promising. Despite being a remaster, Observer: System Redux is a considerable visual leap forward, proving that there's a lot of room for games, even older ones, to improve with this new hardware.

The disappointing 30fps frame rate announcement for Assassin's Creed Valhalla made it seem like next-gen upgrades potentially wouldn't be so impressive. Fortunately, games like Observer: System Redux are proving that isn't the case, so I'm excited to see more next-gen exclusives like The Medium and anything Sony has in store for the PS5 reveal on June 11.