As Sony and Microsoft gradually reveal their next-gen hardware plans, Nintendo has kept its cards for the final months of 2020 conspicuously close to the chest. The Osaka-based gamesmaker held off revealing its plans for the upcoming 35th anniversary of the Super Mario franchise until September 3, when it finally announced Super Mario 3D All-Stars, Super Mario Bros. 35 and Mario Kart Home Circuit for Switch. Coupled with the upcoming release of Hyrule Warriors: Age of Calamity on November 20, it's fair to say we know the big hitters on the Switch release slate for the coming months. Or do we?

Here's everything we know about the upcoming Nintendo Direct Mini on September 17, and a few things we could expect to see during Thursday's broadcast.

What time is the Nintendo Direct Mini?

The September 17 Nintendo Direct Mini starts at 10 a.m. ET on Thursday. You're in even worse luck if you're out on the West Coast, because it starts at 7 a.m. PT.

Where can I watch the Nintendo Direct Mini?

You can watch the latest Nintendo presentation via the usual video platforms, such as YouTube and Twitch. We've embedded the official Nintendo YouTube channel below.

From our experience, the Twitch stream for these kinds of broadcasts tends to update a little bit faster. So if you're looking to live-tweet or just want to know the info as soon as humanly possible, head over to Nintendo's official Twitch account. 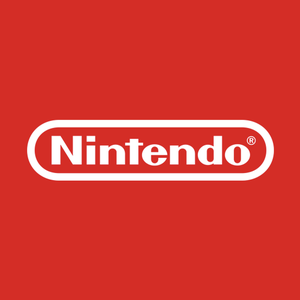 What games can we expect to see?

Nintendo hasn't given any official word on which games will be the focus of the September 17 event, but there's a few key details we already know going in. This is a "Partner Direct," which means the focus will be on third-party games. That means no Crown Tundra DLC for Pokémon Sword and Shield, no Smash Ultimate DLC, and no Mario or Zelda.

We haven't heard much about Bravely Default II since the demo release back in March, and the RPG sequel is still slated for a 2020 release. It's possible we could finally get a firm release date in tomorrow's event. However, given the clear impact of the Covid-19 crisis on Nintendo's upcoming slate, we wouldn't be surprised if any news about Bravely Default II came in the form of an update and a delay into early 2021. Womp womp.

Rumors about a possible Mass Effect Trilogy remaster have also resurfaced ahead of Thursday's Direct Mini. According to Nintendo Everything, a Portuguese games retailer recently listed (and subsequently removed) a listing for a Switch version of the trilogy with an October release date. That's not a lot to go on, but the remaster has been the subject of more credible rumors for several months now, so it's not completely outside the realm of possibility.