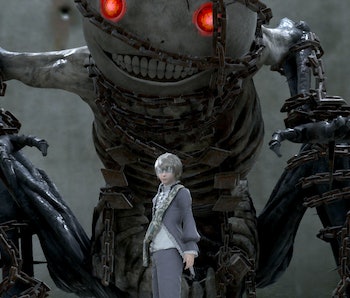 The original NieR is the precursor to 2017’s critically acclaimed NieR:Automata, but the original was quite niche when it first released in 2010. This remaster for PC, PS4, and Xbox One gives it a second shot to make an impact, and so far the response to it has been positive. The game currently has an 83 on review aggregate site Metacritic.

Inverse enjoyed the game as well, saying that NieR Replicant “feels like being lost in a maze with no exit, albeit one full of breathtaking vistas, stunning music, and a story so rich it puts most other modern RPGs to shame,” in our review. If the positive reception has intrigued you, this is what you need to know about the launch of NieR Replicant ver.1.22474487139...!

When is the NieR Replicant remake release time?

The game will be available at 12 a.m. in your region on April 23, 2021. As this game doesn’t have any complex online features, its launch is very straightforward. If you’ve pre-loaded the game, you should be able to access it at that time and won’t have to worry about servers not being live yet.

What is the NieR Replicant remake file size?

On PS4, NieR Replicant clocks in at 27.04 GB. This is a fairly small file size compared to some other AAA games, so you shouldn’t have to make room for it on your console. You should be able to pre-load the game on PS4 and Xbox One now. After you pre-order the game, the option to download it will appear. Do this, and you’ll be able to access the game right at its release time.

NieR:Automata is available on Xbox Game Pass and Square Enix did put Outriders on it day one. As such, you might assume that this remaster would also be on the service; unfortunately, NieR Replicant is not currently on Xbox Game Pass. If you want to get it on Xbox One, you’ll still have to pay $60.

Hopefully, it’ll come to the video game subscription service that has surpassed 23 million users at this point, but at release, you can only get the game by buying it on Steam, the PlayStation Store, or the Microsoft Store.

How long is the NieR Replicant remake?

According to Square Enix, NieR Replicant should take players about 20 hours to beat if they just want to focus on the main storyline. Of course, there are lots of sidequests and other activities for players to complete in-game, and if you do all of those Square Enix believes the game could last players up to 35 hours or more.

This lines up with the estimates for the original on How Long to Beat, though this remaster does feature some new additions that will extend your playtime. In addition to have the ability to swap to NieR Automata-themed music, voice acting, and costumes, NieR Replicant includes an extra episode called Mermaid that features a unique boss.

Additionally, there are the DLC dungeons from the original that are now built in to the game. If you’re looking for a new RPG to sink your teeth into during this relatively light release season, this remaster is a compelling choice that will keep you occupied for a while.