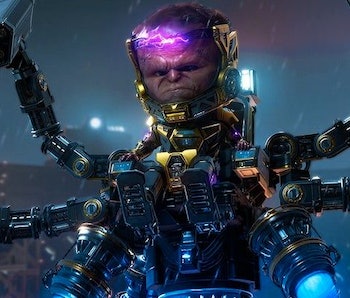 The weekend of Friday, August 21 to Sunday, August 23 gives players one last chance to try out the one-of-a-kind new online superhero game Marvel's Avengers before it launches on September 4. While previous beta weekends were restricted to those who pre-ordered on specifics platforms, this final foray is open to any PC, PS4, or Xbox One players who want to test out the game.

The final beta started early on Friday morning, but when exactly is the cut off when you'll no longer be able to play? And will any progress or experience from the beta will carry over to the Marvel's Avengers at launch? Here's all that and more.

When is the Marvel's Avengers beta end time?

The final Marvel's Avengers beta has already begun, and players now just have a couple of more days to see everything that it will have to offer. This open beta weekend will last until August 23, 2020 at 9 p.m. in your local time. This local time approach means that players on the west coast will technically have access to the beta for a bit longer than those in the Eastern time zone.

Still, this time gives players basically the whole weekend to work their way through Marvel's Avengers. After it concludes, the Marvel's Avengers beta will no longer function beyond the title screen. (So you might as well delete it after that point!) To play any more, gamers will have to purchase it for PC, PS4, Xbox One, or Google Stadia before or on September 4 to access the full game.

What content is available in the Marvel's Avengers beta?

The Marvel's Avengers beta should keep anyone busy, even if they've played the game during previous beta weekends. The experience contains a number of different missions. Before players can even access multiplayer, they'll have to get through four story missions, including A-Day. From a storytelling standpoint, some of the later missions establish a mentor-mentee relationship between Bruce Banner and Kamala Khan, aka Ms. Marvel.

After beating the four story missions, players can test out a variety of levels that support multiplayer. These include three wave-based HARM Room challenges, five large-scale War Zones where the Avengers can explore open environments before taking on powerful enemies, and several smaller drop zones that let players complete signal objectives cooperatively. These experiences are replayable experiences that allow anyone to test out overall progression and the looting systems.

After playing the beta, you'll definitely know whether or not this game will be for you.

Does Marvel's Avengers beta progress carry over to the full game?

Anyone who may have dumped dozens of hours into the Marvel's Avengers beta over the past couple of weeks might be dismayed to find out that beta progress does not carry over into the final game. They'll have to start over at square one with each of the heroes again, but any experience with the beta will give people playing the full game an edge in terms of combat and character progression.

That said, there are a couple of bonuses for those that participate in the beta. Beating the story missions and completing all of the HARM Room challenges awards players with a nameplate in the final game. It isn't much, but it'll stand as a very public symbol of how much time a player has already spent with the game that'll grant them some measure of bragging rights. Also, beating the HARM Room missions will unlock some special cosmetic items in Fortnite, so doing so will probably be worth your time as you play the beta.

Marvel's Avengers will be released on September 4, 2020.