'Last of Us 2' spoilers: Why the first game's secret epilogue may be crucial 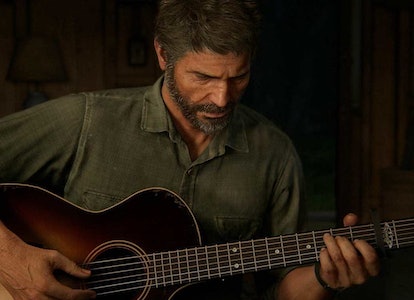 Last of Us Part II trailers have revealed little of the game’s story (even if major spoilers via leaks are out there), but there's a lot to glean from the secret Last of Us epilogue that you’ve probably never seen.

This secret epilogue only appeared during Last of Us: One Night Live, an underappreciated but totally official 2014 stage production written by the game’s creator Neil Druckmann. Based on what we’ve seen in the sequel’s trailers thus far, the sequel will seemingly incorporate the scene directly, and it might even serve as The Last of Us 2’s prologue. Here's why it could be crucial to the sequel.

What was Last of Us: One Night Live?

Last of Us: One Night Live was a 2014 fan event hosted by Neil Druckmann. It featured live reenactments of pivotal Last of Us scenes performed by actors from the game like Troy Baker (Joel), Ashley Johnson (Ellie), and Annie Wersching (Tess). The scenes were scored by a live orchestra led by Last of Us composer Gustavo Santaolalla. You can watch most of the event online, including a fun operatic version of the game's climax — the only scene missing is the secret epilogue that takes place weeks after the ending of The Last of Us.

Druckmann described the scene as a way of “saying goodbye” to Joel and Ellie long before the sequel began development, and he asked the audience to not record it, noting it would never be made public. But that didn’t stop fans from taking notes.

During a 2016 PSX Panel, Joel’s actor Troy Baker spoke about the scene briefly, calling it "non-canon," but Druckmann cut him off with a cryptic, “Well...” So it's possible that in those two years, ideas from the scene were already being developed into the sequel.

The scene could work perfectly if implemented into Last of Us Part II as flashback or even the prologue. Here's why.

What happened in the secret epilogue?

From a mix of information from VentureBeat, Geoff Keighley, an IGN community article, Neil Druckmann himself, an online narration and NeoGaf users, here's what occurred in the scene:

In the One Night Live epilogue, Joel and Ellie have moved into the settlement in Jackson founded by Joel's brother Tommy. Ellie is listening to her walkman when Joel walks into her room.

Joel asks Ellie why she doesn’t play with the other children, and Ellie brushes him off. In the original production, Neil Druckmann makes a director’s note that this was after Joel’s lie from the end of the game where he tells Ellie that the Fireflies couldn't use her to develop a cure for the Cordyceps infection. In reality, they could do so, but it would've led to Ellie's death, something that Joel couldn't bear. Druckmann implied that Ellie knew that Joel was hiding the truth on some level, which accounts for the tension.

Canonically, Ellie isolates herself from everyone, including Joel, after the events of TLoU because she has lost her trust in him. She does come across as aloof in some Last of Us 2 cutscenes like the one that debuted at E3 2018 where she kisses Dina at a dance, so this dramatic tension carries over into the sequel.

In the epilogue scene, Joel also mentions his assignment to patrol duty, something that's then noted in the late-May “Inside the Story” video for the sequel. He says his brother Tommy tried to set him up with a woman named Esther. Ellie angrily cuts Joel off, but before she can send him away, he presents her with a guitar as a gift.

Joel then plays a tender rendition of “Future Days” by Pearl Jam, singing: “If I ever were to lose you, / I'd surely lose myself…”

When he finishes, Ellie sheds a tear, and their tension evaporates but the looming sense of foreshadowing lingers to this day.

Joel hands Ellie the guitar, calling back to his promise during the game to teach her how to play (seen above). After the two say goodnight and Joel leaves the room, Ellie plucks a single note on her new guitar.

What does the special epilogue mean for Last of Us Part II?

Before starting work on Last of Us Part II, Neil Druckmann referred to the scene as a goodbye to Joel and Ellie, but it’s easy to see how elements from this scene have been incorporated into the sequel.

It seems possible that this scene appears outright in the game. During the State of Play event on May 27, we saw a shot from the game set up identically to the secret epilogue:

The scene also provides some closure on Joel’s lie from the Last of Us’ ending. It isn’t a bubbling volcano operating below the surface waiting to explode, but rather something both characters can sense and acknowledge as existing. The actual ending of the first game leaves things uncertain: Does Ellie know that Joel is lying? This epilogue implies that she does, and that ongoing feeling of mistrust and uncertainty will define her character in the sequel.

While this performance began as a fun and non-canonical epilogue to sate fan appetites, it's since then evolved into something much more. It feels like the perfect scene to kickstart Last of Us Part II, reestablishing the closing tension of the first game and setting up the narrative. It might even be used in conjunction with a retelling of the original’s ending as the new game's prologue.

Oh, and it also confirms that Joel is a certified Pearl Jam fan. That's canon.