“Game companies have so much power over journalists and websites.” 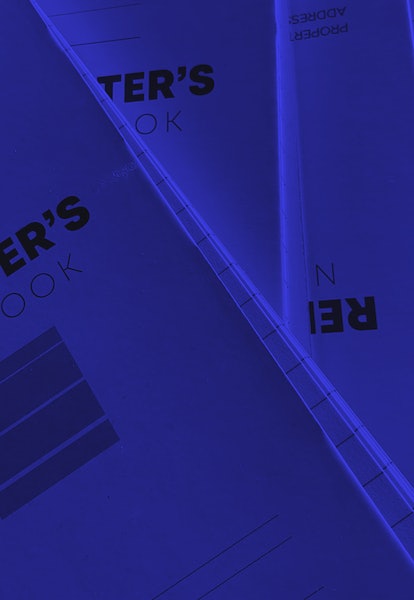 Reporters are meant to hold those in power accountable.

Except, it seems, when it comes to the video games industry, where the relationship can often be described as cozy.

Jason Schreier thinks that should change.

“There’s this mentality that, ‘Hey, we’re all friends here!’ The press and developers and public — we’re just part of the games industry and we’re trying to make it a good place and make good games!’” Schreier, a veteran reporter on the industry, tells Inverse.

“There isn’t a ton of that adversarial relationship between the press and some of the people at the top of these game companies.”

“There’s this mentality that, ‘Hey, we’re all friends here!’

More often than not, dogged reporting and fair criticism of the industry is punished, not rewarded. Publishers might revoke access for interviews and reviews. Deeply critical viewpoints are few and far between. It ultimately keeps consumers less informed of how they should spend their money and how they should think about the studios that make their favorite video games.

Access-driven reporting creates an environment where bad corporate behavior continues unchecked and story tips are ignored as publishers and journalism entrepreneurs who value keeping the lights on choose not to run down those leads.

It is a world Schreier knows all too well. He was a Kotaku reporter for eight years before joining Bloomberg in April 2020. His second book, Press Reset: Ruin and Recovery in the Video Game Industry (out May 11) is a cutting examination of the volatility within the industry.

Video games generate more revenue than movies and sports combined ($180 billion in 2020). A small number of large publishing companies and their wealthy executives control the purse strings. The developers, artists, and other people who actually make games live in a state of fear that even after they “crunch” — work long hours to hit deadlines — their studio might be shut down and they’ll be laid off.

Press Reset shares the stories of mass layoffs and what happens afterward while putting the dysfunctional system that encourages it under the spotlight. Ahead of the book’s release, we spoke with Schreier about the project, the state of the industry, and also a public debate that erupted on Twitter last year.

It all started when an actor compared The Last of Us Part II, the post-apocalyptic video game with zombies to Schindler’s List (an award-winning film about the Holocaust) — focused on how sometimes the richest art can be the most unpleasant to experience. Schreier, who is Jewish, criticized the comparison.

“Hyperbole is fun and all but if you're thinking about comparing the new zombie video game to a movie about the Holocaust mayyyyybe hit the brakes,” Schreier wrote.

“The fact that this sort of trivial and insignificant exchange is seen as so memorable is bizarre,” Schreier says when asked about it. “In a separate Twitter thread, I made a parody joke of that. [He compared BioShock’s audio logs to the diary of Anne Frank.] Neil Druckmann screen-capped that and made a comment.” That sparked a fraught series of exchanges on Twitter between Schreier and Druckmann, Naughty Dog co-president and the famed creative director behind the Last of Us franchise.

God of War game director Cory Barlog also chimed in to call Schreier a “bit of a bully” whose “bread and butter is tearing us down,” scolded Schreier that “sometimes it is just about being decent to each other.”

When operating from a position of privilege, it’s always beneficial to de-escalate, minimize, and disincentivize conflict. Otherwise, the status quo that benefits you could change.

Working at companies like Naughty Dog and Santa Monica Studios means making award-winning, blockbuster games, but Schreier’s reporting highlights that for many employees — who do not operate from a position of privilege — it also means working 12-hour days for months on end.

“If by ‘us’ you mean ‘people in power who facilitate the overwork and exploitation of labor’ then sure,” Schreier replied to Barlog. “I'd be proud to say my bread and butter is tearing you down.”

This spat between two lauded video game creators and a renowned journalist shatters the illusion that “we’re all friends here.”

Numerous blog posts were written about the Twitter exchange at the time, but many miss the point about complacency in a dysfunctional industry.

“The broader context of that is that a few months earlier I wrote about Naughty Dog and the crunch culture there,” Schreier says, noting that he and Druckmann had been speaking privately just prior to the incident.

“I have a bridge to sell you if you don’t believe that was on Neil Druckmann’s mind when he decided to do that,” he says. “We had been having a reasonable conversation because he apologized for jumping in on something else publicly, which I appreciated. For him to go after a parody joke did not sit with me the right way.”

The Schreier vs. Druckmann debate of June 2020 is more than just a Twitter feud between two people with hundreds of thousands of followers. It’s about the state of games journalism.

If the lawsuit between Epic Games and Apple has taught us anything, it’s that game companies are obsessively secretive. When you expose those secrets — be they game leaks or toxic work culture — you embarrass the people in charge that prop up the status quo.

“It speaks to this larger point that there isn’t that adversarial relationship that maybe there should be more of in the industry,” Schreier says. “I wish there was a little bit more exposing these big companies, even if it leads to burning bridges.”

He points to outlets like IGN, GameSpot, and Polygon as doing great journalistic work, but even the biggest outlets are at a distinct disadvantage.

“There’s really a lack of money in media, especially in games, to pay for good salaries and good reporting,” Schreier says. “There’s so little reporting on bad business practices because there isn't the economics there to support it.”

It’s exceedingly rare for someone to do reporting like Schreier.

“The game companies have so much power over journalists and websites,” Schreier says. “It’s a systemic issue. A lot of people are smart, talented, and hustling. But if you’re working at a game site, the economics of doing investigative work that might burn bridges and piss people off does not make sense.”

The truth is, some game companies will blacklist game journalists or entire websites if they publish something unsavory or unapproved.

More often than not, it’s a “stupid business decision” to even try, Schreier says. Most game journalists can recall more than one instance where they’ve been blacklisted.

Schreier doesn’t have the answers to make things better, even if his book does offer some suggestions. But it’s plain to see that problems like extremely long working hours at video game studios have created a broken system, even if executives say otherwise.

"We don't try to babysit people," Druckmann told GQ in June 2020. "We draw people who want to tell these stories and who want to leave a mark on the industry. And they're gonna work very hard to do it. We need to put some guardrails [in] so they don't injure themselves, but I don't think we could prevent them from working hard and still make the kind of games we make."

Is that awe-inspiring? Or is that the language of a toxic workplace?

Press Reset: Ruin and Recover in the Video Game Industry will be released on May 11, 2021.