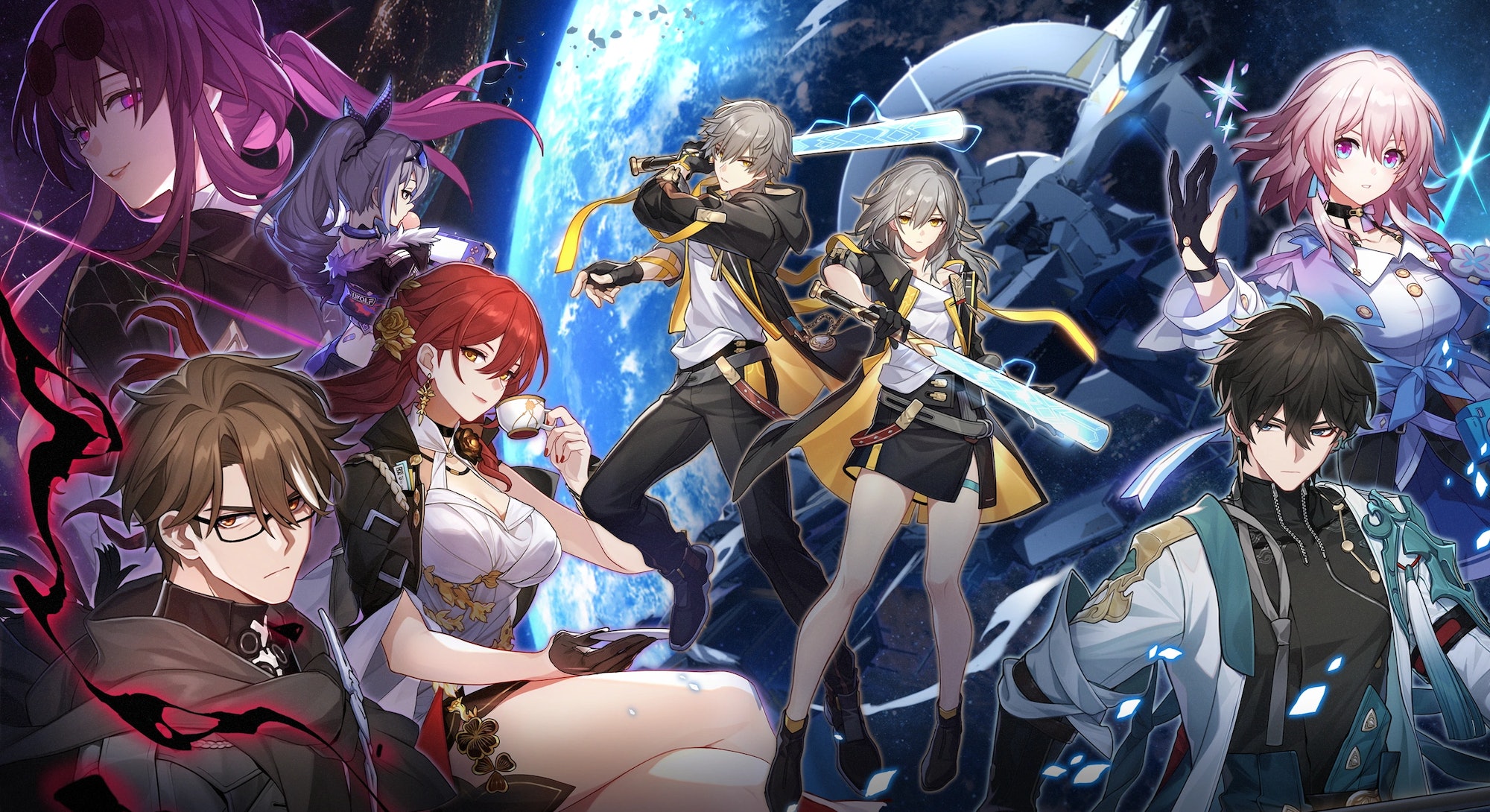 When Genshin Impact launched two years ago, pretty much everybody quickly labeled it as a Breath of the Wild clone with lucrative gacha mechanics.

This remains a fair critique: The aesthetic is Ghibli-esque, enemies look ripped straight out of Zelda, and the glider is nigh indistinguishable from what Link gets in Breath of the Wild. However, calling Genshin Impact something like BOTW-lite has become reductive at best. An ensemble cast of multifaceted characters quickly endears themselves to even the most stonehearted of players, while the way Genshin developers handle a rapidly evolving live-service world remains unparalleled. It is a feat of contemporary game design.

Honkai: Star Rail represents Hoyoverse’s first foray into turn-based combat as something of a haphazard and overly simple Persona 5 clone set in space. As the title implies, the premise is centered on an intergalactic train called the Astral Express. While story details are still a little sparse, we know that your adventure has something to do with investigating a mysterious race of gods called Aeons, one of whom has apparently stitched you with a “Seed of Ruin.”

I didn’t get much additional context during my hands-on demo with Honkai: Star Rail at Gamescom 2022. Most of what I experienced was a very pared-back, less impressive variant of a Persona palace. This particular dungeon was markedly closer to Golden than Royal, which is to say that it didn’t feel especially recent, let alone new.

In fact, aside from its art style (which is very similar to Genshin), Honkai: Star Rail is basically just an inferior version of Persona 5 across the board. The turn-based combat follows the same cadence and adopts similar animations. The dungeon layouts would be identical if it weren’t for a lack of interesting design features; even just moving through the labyrinthine corridors felt reminiscent of early Palaces like Kamoshida and Madarame. Hell, you can even ambush enemies to get a free turn at the beginning of an encounter.

Combat abilities feel quite limited. There appears to be an elemental affinity system like what you have in Genshin, but the transition to turn-based play mitigates your ability to exploit it with on-the-fly decisions. If it was as varied as something like Persona or Pokémon, it could still work, although most characters I got to try out only had two abilities, both of which were generally associated with the same element. Every enemy encounter is basically a 4v4 game of rock-paper-scissors in which everyone knows what everyone else is going to play, and nobody can change their designated hand.

What’s the point in having an elemental type chart at all if every encounter is as good as predetermined?

Sure, you might see greater versatility as the game progresses, but my demo experience didn’t imply that was the case. In fact, the demo didn’t provide any narrative context for the dungeon. Someone was chasing me (I’m not sure why), and in the end, they caught me. Then some guy came in, threw some smoke bombs, and delivered a morally ambiguous ultra-anime monologue. Then I was transported to a city that reminded me of Genshin Impact’s Mondstadt, albeit without the verticality, buzz, or character.

Honkai: Star Rail at large sacrifices the free-flowing mobility of Genshin, which feels like a step backward for Hoyoverse. When you consider the success and near-unanimous acclaim afforded to Genshin, this design ethos seems baffling.

When you explore Liyue, Inazuma, or the recently added Sumeru in Genshin Impact, everything feels palpable. It’s a vibrant, lively world. NPCs chat with you, and there’s a practical sort of logic to how flora, fauna, and other resources are spread out across distinct landscapes.

By contrast, Honkai: Star Rail — which, admittedly, can still change quite a bit between now and the eventual launch date — feels lifeless and overly simple by comparison. Interactions are not conducive to an overarching tone, mood, or atmosphere, which is a pretty major detriment to a sci-fi game about a magical train that shoots across the universe while its passengers search high and low for a pantheon of ancient and mysterious gods.

It might seem unfair to be this dismissive of Honkai: Star Rail so early on. Other players have raised similar concerns during beta sessions, and Hoyoverse has stated that it intends to make changes in accordance with those critiques. By the time it launches in full, it could be radically different from what we’ve experienced so far.

But as it stands, it’s impossible to separate Honkai: Star Rail from Genshin, which by extension means it’s impossible to refrain from comparing its early stages to The Traveler’s first few weeks in the wild. Genshin was lambasted for being a clone of an existing, extremely popular game, and took great pains to prove itself as more than that.

Honkai: Star Rail will likely face similar challenges — although right now it feels far less equipped to tackle them, which could subject it to a fate Genshin narrowly avoided. Perhaps a seed of ruin has been implanted in more than just the protagonist.