"The release of the Cayo Perico Heist for Grand Theft Auto V resulted in the game’s highest monthly digital earnings ever." 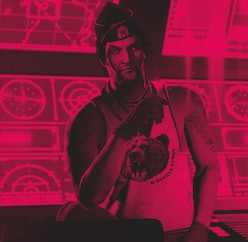 Grand Theft Auto V isn't going away anytime soon. Even though the game was released all the way back in 2013, it still manages to top sales charts eight years later. December 2020 was a notable month in particular, as "The Cayo Perico Heist" added a new area to the game for players to explore.

The heist's launch resulted in GTA 5 having its highest monthly digital earnings ever in December 2020. This success is a positive thing for fans of GTA Online that are still playing the game all these years later. It also makes one thing very clear: Rockstar does not need to worry about releasing a single-player GTA 6 anytime soon.

On January 22, SuperData released a Worldwide Digital Games Market analysis for December 2020. While it highlighted the big 2020 games you'd expect like Cyberpunk 2077 and Among Us, GTA 5 still managed to place fourth in SuperData's top-grossing console titles list and had one of its best months ever.

What caused this? Apparently, the release of "The Cayo Perico Heist" brought the game to an all-time high in one key category.

"The release of the Cayo Perico Heist for Grand Theft Auto V resulted in the game’s highest monthly digital earnings ever," SuperData explained. "The update for the multiplayer Grand Theft Auto Online mode marked the first time the seven-year-old game received a new open-world area for players to explore."

Superdata also explained that "player numbers also grew 46 percent from November levels but did not exceed totals achieved earlier in 2020." Even if December 2020 didn't have the game's peak player count, that month-over-month growth is impressive and Rockstar still clearly made a lot of money from it that month.

While GTA 5's single-player hasn't seen much long-term support, GTA Online is consistently updated, with "The Cayo Perico Heist" possibly being the biggest expansion to it yet. Rockstar clearly has no plans to slow down and abandon GTA Online anytime soon, especially with it getting a next-gen upgrade this year. So, where does this leave GTA 6?

Rockstar Games has teased that GTA 6 will be a single-player game like its predecessor. This decision makes sense if Rockstar wants to maintain focus on GTA Online, but it also means that Rockstar doesn't need to be in a rush to release the next GTA game.

While management at Take-Two Interactive will probably want a new Rockstar game at some point over the next few years, the studio is still finding lots of success with a seven-year-old live service game.

If they wanted to learn from Activision, they could even use GTA Online to bridge the gap between GTA V and GTA 6 like Warzone does for Modern Warfare and Black Ops Cold War. Not having to accommodate a new GTA Online mode would fit in with Kotaku's claim that the game will be a "moderately sized release."

Hopefully, the success of GTA Online may mean that Rockstar can focus on making GTA 6 a satisfying single-player experience and not have to rush it.

GTA 6 is reportedly in development.