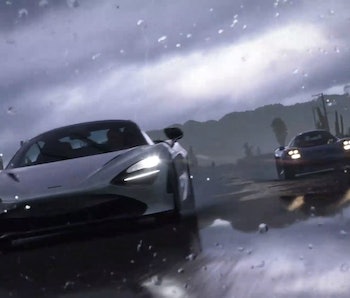 Forza Horizon 5 is coming, and you won’t have to wait long to play it.

As revealed during Microsoft’s E3 2021 showcase, the next Forza Horizon game is slated to launch this year, ahead of the next big Forza Motorsport title.

Aside from massive games like Starfield, Halo Infinite, and Battlefield 2042, Microsoft showed off a lot of Forza Horizon 5 during its showcase. This included its gameplay, various locales, its release date, setting, and new features.

Here’s everything we know about Forza Horizon 5.

When is the Forza Horizon 5 release date?

Forza Horizon 5 is scheduled to launch on November 9, 2021. However, players who purchase the Premium Edition will gain early access to it on November 5.

Is there a Forza Horizon 5 trailer?

There is! And it’s glorious. The official reveal trailer, as shown during Microsoft’s E3 2021 showcase, depicts the game’s beautiful new areas, along with the Mercedes-AMG Project ONE. Microsoft notes that this vehicle is able to reach a maximum speed of over 350 km/h, so check it out for yourself in the trailer above.

What are some of Forza Horizon 5’s features?

You can check out the first gameplay trailer for Forza Horizon 5 above! The footage does a good job of showing off some of the game’s best features such as its weather and colorful environments — without spoiling all the surprises.

The Forza Horizon series is famous for leaning more into arcade racing, rather than the simulation gameplay found in the Motorsport games. Horizon 5 will continue that trend and will send players to Mexico, featuring the largest world of any Forza game.

This gives players many different locales to explore such as beaches, ruins, deserts, cities, and even a snowy volcano, which will be the tallest point in the series thus far. Along with that, you can expect dynamic weather, seasons, and a varied amount of things to see and do.

Horizon 5 will feature a story mode playable solo or with other players, much like the games that came before it. You’ll be able to challenge other racers, and as Microsoft explains, “Meet new friends in Horizon Open and Tours and share your creations with new community gift sharing.”

Developer Playground Games has spent time ensuring that Forza Horizon 5 looks and plays best on Xbox Series X|S. In regards to the game’s visuals, Microsoft said “Our Mexican HDR sky captures illuminate the world to the point that you will feel as if you are right there.”

What are the Forza Horizon 5 platforms?

Unsurprisingly, Forza Motorsport 5 will come to Xbox platforms including Xbox One, Xbox Series X|S, as well as PC. And with it being a first-party Microsoft game, it will of course launch on Xbox Game Pass on day one.

It’ll be available on Xbox Game Pass for PC, console, and even cloud.