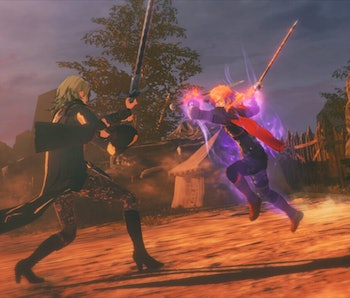 Despite being action-focused Fire Emblem Warriors: Three Hopes uses the same class system seen in Three Houses. It’s a robust system that allows for a lot of choice in how you build your army, but the game also has a hidden class that can give you even more variety. Dancer is one of the more unique classes featured in Three Hopes, and it can be used by anyone in the game, although a few characters excel at it. However, you’ll first need to unlock Dancer before you can use it, so here’s what you need to know.

How to Unlock the Dancer Class

The Dancer class can be unlocked in any of the three routes in Three Hopes, and once you’ve unlocked it, it’ll stay unlocked whenever you use the New Game Plus feature whenever you start a new game.

There’s a specific chapter where you can unlock Dancer, but keep in mind you’ll need to complete all side missions in order to unlock the spot you need. That means you complete every side mission in every battle in the chapter. Here’s where to get the Dancer in each route. In the territory listed, look for the area that has a green star icon with questions marks in the description.

Dancer isn’t the strongest class out there, but it’s fairly agile and comes with some incredibly unique abilities that make it very useful. The Dancer class is right next to the Trickster on the class tree, so you’ll need to invest in sword classes in order to use it. Like other sword-wielders, the class is weak to lances, but interesting Dancer is strong against magic tomes instead of axes. The strong attack on Y is also fairly unique as it lets you use multiple attacks by hitting the right rythm, which then buffs your basic attacks. Here’s what you’ll unlock as the Dancer levels up.

Every character in the game will learn the same abilities for the first two levels of the class, but the third ability can differ for a few different characters, making it even more useful. Here are the characters that learn different abilities. As a note, rally abilities mean that they boost that stat when assigned as an adjutant to another character.

Each route has a clear candidate that excels as a Dancer, but as a rule of thumb any character that specializes in sword-based classes like Trickster or Mortal Savant, can also do well as a dancer. Before we get into the best characters, a few other strong choices are Manuela, Yuri, Flayn, and Monica. Now without further ado, here are the best picks in each route.