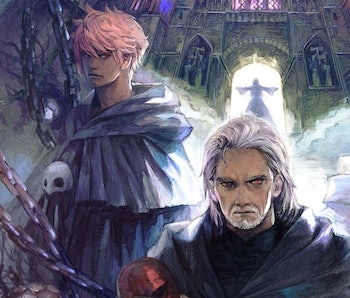 Every few months Final Fantasy XIV gets a drop of new content, but the upcoming Patch 6.2 promises to bring something totally novel to the game. On top of the normal patch changes and additions, 6.2 also sees the long-awaited introduction of the Island Sanctuary, which has been teased for nearly half a year now, since the release of the Endwalker expansion. FFXIV continues to grow exponentially, and Square Enix is making sure players have plenty of content to wade through. There’s a lot to dig into, so here’s everything you need to know about FFXIV Patch 6.2: Buried Memory.

When is the FFXIV Patch 6.2 release window?

FFXIV Patch 6.2: Buried Memory will release on August 23, 2022. As usual, expect the game to go down for maintenance for hours the night before, so plan accordingly.

What new quests are added in FFXIV Patch 6.2?

“Five millennia ago, the great wyrm Azdaja vanished into the void, and for long years Vrtra had despaired of being reunited with his dear sister. With the encouragement of his people, however, he has found the resolve to search for her, and sets forth with the Warrior of Light for a world engulfed in Darkness...”

Of course, new MSQ like usual means a new dungeon and a new trial. While Square Enix hasn’t detailed the trial, the dungeon is called The Fell Court of Troia, and focuses on the party trying to use the undersea rift to travel to the thirteenth shard.

This patch also sees Tataru’s Grand Endeavor get new quests, while Somehow Further Hildabrand Adventures will get its update in Patch 6.25. On top of this, the second part of the Pandaemonium raid will get introduced, Abyssos and Abyssos (Savage).

What is the Island Sanctuary in FFXIV?

By far the most noteworthy addition in this patch is the Island Sanctuary, a brand new feature that lets players kick back and take things easy. According to a Famitsu interview, each player will get their own instance island, with players having the ability to invite friends to visit.

All of the content on the island is casual. combat-free, and can be completed solo. Essentially, players can grow crops, explore the island, interact with their roaming minions, craft without needing a Disciple of the Land or Hand, and more. It definitely seems like the Island Sanctuary is inspired by more laid-back experiences like Animal Crossing or Stardew Valley, and director Naoki Yoshida will likely provide more details during the Live Letter on August 12.

What other changes are in FFXIV Patch 6.2?

As usual, there are a handful of smaller changes and additions coming with Patch 6.2 as well, although there aren’t really any job changes this time around. Here’s a quick overview of some of the other additions coming, and you can see more on the Buried Memory special site.