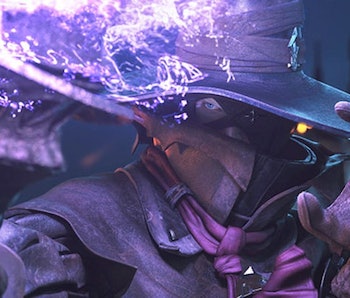 Fans have had a lot of Final Fantasy XIV content to wade through lately, with the release of Endwalker, the Pandaemonium raid, and more. Not content to sit on their laurels, however, the development team is hard at work on the next patch: 6.08. Despite the two-week delay of Endwalker, the patches are rolling out as usual, so here’s everything we know about FFXIV’s patch 6.08.

When is the FFXIV 6.08 patch release date?

Patch 6.08 was first mentioned by FFXIV’s director, Naoki Yoshida, in an interview with Radio Mog Station. Unfortunately, there wasn’t a release date provided at that time, but there’s some hint about when it could drop by looking at past expansions. With Shadowbringers, patch 5.08 launched roughly two months after the release of the expansion, and the same can be said for Stormblood and the release of patch 4.06.

With that in mind, we’ll likely see the release of patch 6.08 around February 7, 2022, or sometime during the first week of February. We’ll update this article as soon as Square Enix announces an official date.

What time will the FFXIV 6.08 patch maintenance end?

Without an official date, it’s hard to say exactly how long the maintenance will last for the patch. However, maintenance in FFXIV typically follows a formula, taking anywhere from 4-6 hours depending on how much is added and changed. Patch maintenance will generally start around 1 a.m. Eastern and go on from there. Again, we’ll update this article once the exact timing is announced.

The biggest updates coming with patch 6.08, according to Yoshida, include a wealth of job balancing changes.

The focus here is going to be buffing the weaker classes to put them in line with the stronger ones, rather than putting in nerfs. Samurai, Monk, and Black Mage will all get damage boosts, while Dancer will get additional “firepower” according to Yoshida. Paladin mains, who have seen the biggest nerfs with Endwalker, will also be happy to know that the job’s DPS is getting a boost. All in all, the upcoming update will focus on buffing the weaker classes rather than nerfing the powerful ones.

Here’s a closer look at some specifics:

Past the job changes, Yoshida hasn’t talked about any new content coming with patch 6.08, but it’s likely there will be at least something new. Whether that’s the next part of the Pandaemonium raid, or something else, remains to be seen. One thing that won’t be featured is New Game Plus, as Yoshida confirmed that’s coming in patch 6.1 at the end of February.

More like this
Gaming
Jan. 27, 2023
Dirge of Cerberus is still the most incoherent Final Fantasy game ever
By Willa Rowe
Gaming
Jan. 26, 2023
Here's exactly how to beat all three phases of Forspoken’s final boss
By Hayes Madsen
Gaming
Jan. 25, 2023
How that wild Forspoken ending sets up a potential sequel
By Hayes Madsen
LEARN SOMETHING NEW EVERY DAY.
Related Tags
Share: