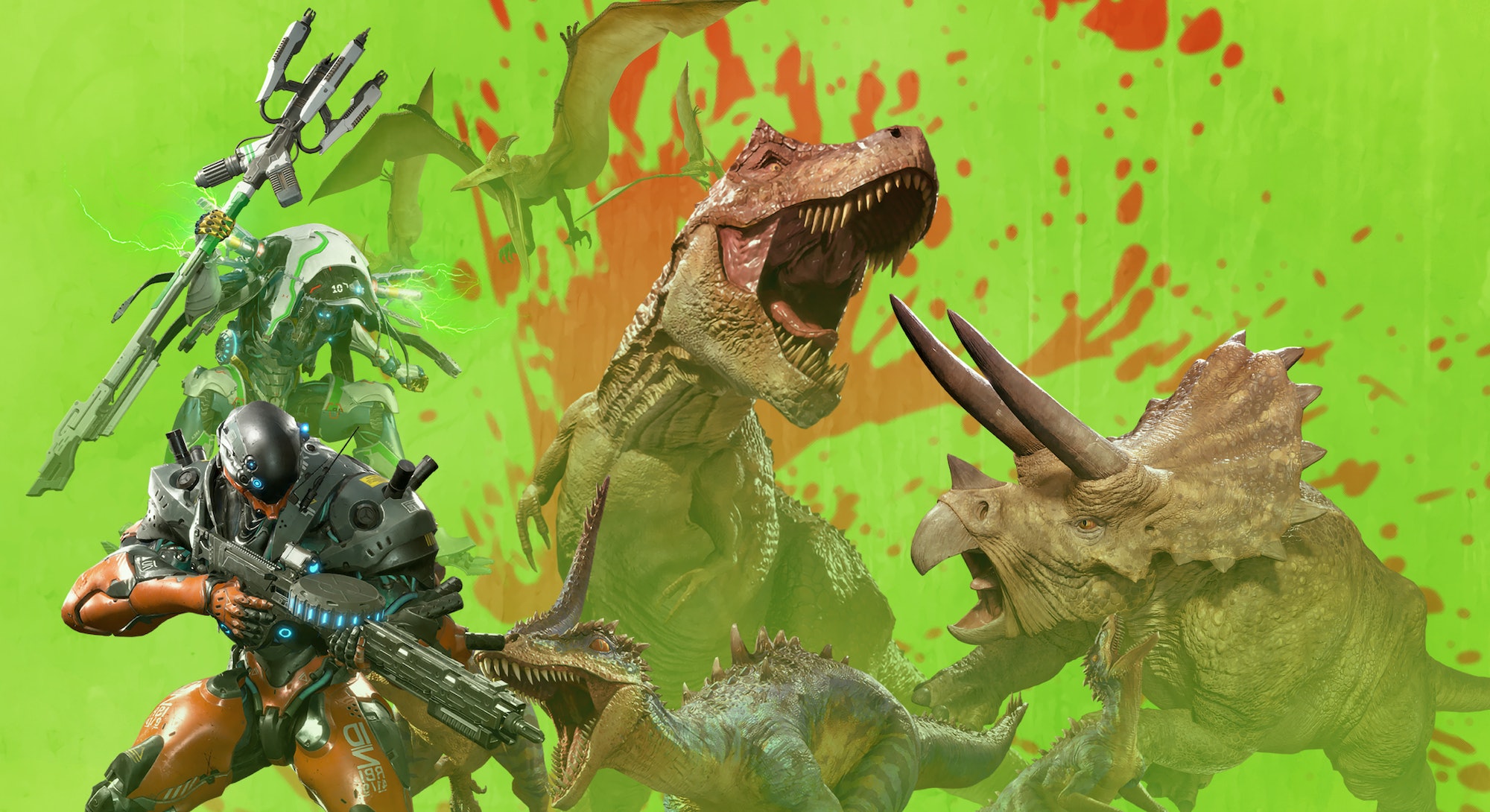 That’s why it was so surprising when the publisher/developer announced Exoprimal. In the upcoming PvPvE third-person shooter, you build a team from distinct character classes (called Exosuits) inspired by MMOs and hero shooters, then take on deadly dinosaurs of all shapes and sizes with your friends.

While it won’t launch until 2023, Inverse’s Joseph Yaden and Robin Bea spent a relaxing evening mowing down dinosaurs in the Exoprimal closed network preview beta. With fun but uninspired multiplayer modes and Exosuits remarkably similar to Anthem’s classes, Exoprimal is far from the Dino Crisis successor many were hoping for.

Joseph Yaden: Exoprimal is something wildly different for Capcom. Sure, Capcom has that other dinosaur franchise it refuses to revisit, but in terms of gameplay and presentation, Exoprimal is a unique entry in the developer’s portfolio.

Unfortunately, that doesn’t necessarily mean it’s worth your time. It feels generic, especially compared to Capcom’s more established properties. Capcom has always been known for its wonderfully eccentric characters, but Exoprimal seems to be a step backward in this regard.

Robin Bea: Capcom has definitely been on a roll lately, and I agree this feels out of sync. Exoprimal seems to be going for a sort of dark comedy tone with its evil AI antagonist, but otherwise, there’s not much character at all.

I wasn’t thinking “generic” while we played, so much as “confused.” I was surprised at how much it felt like a mashup of Anthem and Overwatch.

Joseph: The PvPvE systems were pretty confusing, even after an hour and a half of playing. Towards the end of the session, we were both still trying to make sense of how the mode is supposed to work.

The first portion of a match requires two teams to race through PvE segments, with tasks like defeating all dinosaurs or protecting a vehicle. Whichever team completes these objectives first is at an advantage during the final PvP segment, which plays out similar to an Overwatch match, where you escort a cube to the end of the stage.

These sections were ridiculously chaotic, and it wasn’t entirely clear how to do better.

Robin: Maybe I’m just a scrub, but I didn’t really enjoy the PvP sections. I could see some fun in disrupting the other team, but the match ends with both teams converging from opposite ends of a long hallway. At that point, it’s basically a shooting gallery. You’re trying to guard your cube, defeat the other team, and protect your teammates. It felt chaotic and dull at the same time, somehow.

The Roadblock tank class felt particularly poorly suited to PvP, but we both found it lacking even in PvE. It feels extremely cool to force back a wall of raptors with your shield, but it’s not very active, and basically useless when you’re surrounded or fighting at range.

Joseph: I wholeheartedly agree about the Tanks — they feel undercooked. Aside from a couple of close-range punches, the Tanks don’t have much of an offense, making them feel particularly useless.

The Deadeye ranged class vastly outshines the others, thanks to its powerful explosives and ranged capabilities. So there isn’t much of a reason to pick anything else. This is a major balancing concern that absolutely needs to be addressed in the final version.

Robin: The Deadeye definitely packed the most punch, but I fell for the Witchdoctor healer class. Witchdoctor would benefit from a bit more range, especially during the PvP finale. But it felt really active and its primary attack stuns enemies at close range, so it’s surprisingly versatile. The problem is it’s hard to track your teammates’ positions when things get hectic, and I can only see that getting worse when you’re playing with randoms who go gung-ho and charge off on their own. (This is a callout, Genji mains.)

Joseph: My favorite part of Exoprimal was the sheer number of dinosaurs that would appear on-screen — at some points, it seemed like hundreds. I would shoot an explosive at the horde, causing them all to explode. That was no doubt, a highlight for me.

Robin: The first time you see a horde of dinosaurs streaming toward you (and ideally getting blown into the air by your grenades), it’s a little awe-inspiring. You’re mostly fighting waves of raptors or pterosaurs throughout the match, but it occasionally drops a tougher dino on you. We fought a Triceratops and a T. Rex during the demo — seeing the T. Rex turn toward you and roar was legitimately frightening.

Joseph: Ultimately, Exoprimal is missing something. The PvP portions are confusing, the classes are grossly unbalanced, and the game overall feels like it lacks the heart and personality of a Capcom game. The gameplay mechanics are solid enough, but perhaps they’d work better as a single-player story-focused experience, rather than one that prioritizes multiplayer.

Robin: One mode ends with a section where both teams work together to fight a massive horde that literally rains down onto the battlefield, then a boss battle against a souped-up T. Rex. To take it down, you need to destroy weak points across its body while dodging this massive Godzilla atomic breath attack.

That’s exactly what I want to see more of from Exoprimal, though I agree more solo content would help, too. I would also love to see more of the Capcom charm you mentioned, but I’m not holding my breath.

Exoprimal comes to PlayStation, Xbox, and PC in 2023.