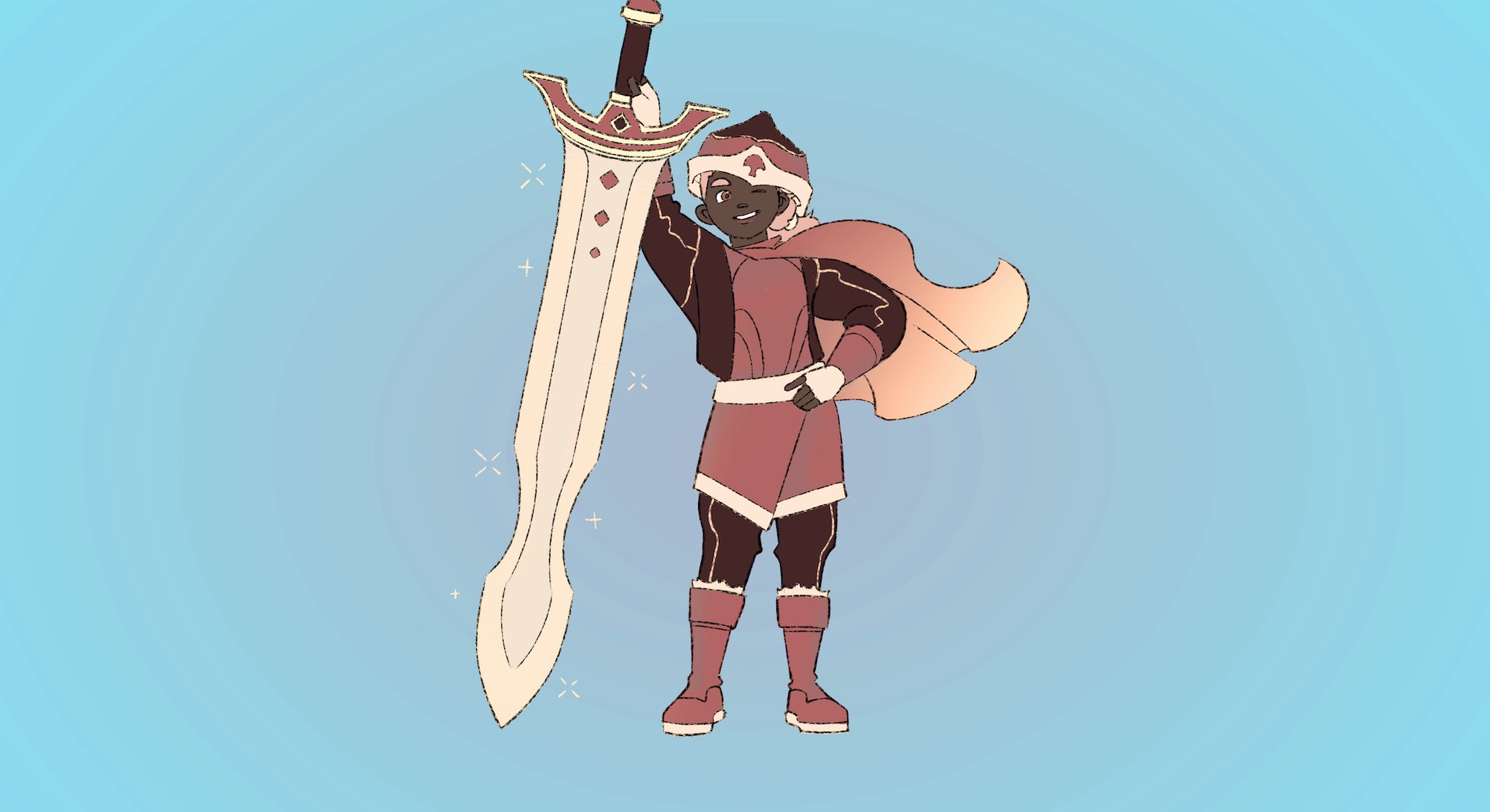 The Lands Between beckon.

Elden Ring, the latest game from acclaimed developer FromSoftware, brings two groundbreaking new additions to the studio’s beloved Dark Souls formula — an expansive open world that’s traversable by horseback, and lore crafted by the mastermind behind the Game of Thrones franchise, George R.R. Martin. The release of Elden Ring on February 25 will also see the return of cooperative and player-versus-player modes that are nearly identical to those seen in Dark Souls and Bloodborne.

It will also preserve the franchise’s most controversial mechanic: Multiplayer “invasions.”

This optional game mode lets Elden Ring players invade other users’ worlds to hunt them down across the Lands Between. That provides those being invaded with challenging and dynamic enemy encounters in addition to the game’s computer-controlled bosses. It also gives invading players the opportunity to try creative character builds they wouldn’t be able to get away with in the late game. But these invasions can be rage-inducing to new players, especially if they’re swiftly cut down by the wolves in sheep’s clothing the Souls community calls “Twinks.”

Creating a twink, or twinking, is when a player who has already beaten the game creates a secondary character with powerful equipment that players at lower levels can’t access. They then invade lower-level players’ games and fight them with a substantial advantage. Some players do this for potential rewards in the form of in-game currency or items, but others just do it for the power trip.

The worst of it is when twinks grief newer players, killing them with a single flurry of swings. That can lead to a sour first impression of the multiplayer experience. Dark Souls (2011) had limited checks on twinking, which aggravated players in the game’s early zones. That’s precisely what fans are worried might happen in Elden Ring.

FromSoftware’s action RPGs are notoriously punishing, and the fanbase is torn between wanting to remove the ability to twink or conserving it as a relic of past Souls installments. Still, even the pro-twinking Souls gamers, like content creator iamamish, agree that twinking with the intent to grief new players has no place in the community and should be made impossible in Elden Ring. It’s a balancing act that FromSoftware and countless other RPG game developers have been trying to nail for decades.

Veteran players tricking out secondary characters with end-game items isn’t exclusive to Elden Ring and Dark Souls. Twinking has long been a topic of contention in MMORPGs, like World of Warcraft (2004) and Guild Wars (2005), but the word’s origins go back even further in the annals of video game history.

The origins of twinking

“Twink” was first used as slang among members of the LGBTQ community for a slender, youthful-looking man, and is also used in this original context today. But the term’s exact origins are debated. The Online Etymology Dictionary traces its first uses back to 1963 and explains it was either a saucy riff on the iconic American snack cake, Twinkies, or a derivation of the 1920s British slang word “twank,” which referred to male prostitutes.

But Raph Koster, lead game designer of the seminal MMORPG Ultima Online (1997), tells Inverse the term didn’t make its gaming debut until the 1990s — at the height of the text-based multi-user dungeon, or MUD, craze. But it meant something different back then.

“I first heard ‘twink’ in the gaming context around 1993, when it was in wide usage in the text MUD world as an insult meaning anything from a ‘n00b’ to a grief player,” says Koster. “I have the impression that its [MMORPG definition] actually had a specific connotation from gay slang (i.e. a younger person getting many gifts from an older person) and I suspect the usages were related. [In gaming terms,] a new player or lower-level player being analogous to a younger person.”

“It was in wide usage in the text MUD world as an insult.”

MUDs laid the groundwork for modern MMORPGs by converting tabletop RPGs, like Dungeons & Dragons, into digital formats that players could experience with friends over the internet. Fan communities quickly formed around the releases like BatMUD (1990), DikuMUD (1991), and TorilMUD (1996), which led the genre’s enthusiastic player base to flock to forums to discuss gameplay and occasionally hurl insults at each other, including twink.

The earliest gaming-focused definition of twink was published in the MUD Dictionary in 1993, which states:

“Player who is only interested in scoring points. Typically twinks abuse channels, do not follow rules, and communicate little using terse idioms consisting entirely of acronyms. They will do anything to obtain the best [equipment and stats]...Obnoxious and boastful… Newbie who expects adepts or other higher-level players to give him the best [equipment] and to take him on [experience] runs so that he can level quickly with little work.”

This early definition of a twink bears resemblance to a type of player tabletop RPG fans would call a “Munchkin,” which isn’t surprising given MUDs were also based on popular fantasy board games. Munchkins are that one person in a D&D campaign who only looks out for number one at the expense of the other players. Typical behavior to expect out of these players can include refusing to share the spoils of an adventure and objecting to any mild inconvenience the Dungeon Master may impose upon them. They’re essentially players suffering from main character syndrome in a game that’s not meant to be exclusively about them.

Twink came to be used a little more loosely among MUD players. Archived conversations from virtual bulletin board Usenet show the term being used as a pejorative in 1995 and 1998. That definition slowly began to shift towards the word’s current usage following the advent of 3D MMORPGs, which Koster and his team at Origin Systems helped usher in with the release of Ultima Online in 1997. That was followed by the releases of EverQuest and Asheron’s Call in 1999 and Ultima Online: Renaissance (2000). The communities around the genre began to balloon, and twinking’s contemporary definition became cemented in the gaming lexicon as the practice became commonplace.

The Ultima Online: Renaissance guidebook included a definition for “Twink” and “Twinking” in its glossary, and gamers on Usenet were using the word to mean “a newbie that’s been given excellent equipment…Thus allowing said newbie a HUGE advantage over normal gameplay.” These types of competitive edges would play out differently from game to game.

World of Warcraft (2004) and Guild Wars (2005), took vastly different approaches to balance gamers’ urge to trick out their secondary characters in end-game gear. The Guild Wars franchise locked characters with high-level armor out of beginner areas to shut down any possibilities of griefing. Conversely, World of Warcraft embraced the potentially unfair results of twinking and introduced the “Heirloom” item class, which is specifically meant to be passed on to alt characters but can’t be transferred to other players.

FromSoftware has taken a stance that falls somewhere between Guild Wars and WoW with Elden Ring. The upcoming release matches players based on their level and their maximum weapon upgrade level, but there can still be considerable disparities in strength. To balance that, FromSoftware will only let solo players opt into being invaded instead of automatically subjecting them to it, so twinks will almost always be running into parties of up to four players, to discourage griefing a lone newbie.

Despite its potentially irritating side effects to Dark Souls newcomers, FromSoftware has made it clear through its past releases that it wants to allow players to twink their secondary characters. Small adjustments to the series’ invasion system over the years have substantially warded off griefers. But with Elden Ring bringing few changes to its PvP system, it remains to be seen if the game will need a patch further down the line to address twinking issues its fan base has brought up ahead of its release.

Coined is an Inverse series that explores the wonderfully weird interplay between language and video games.