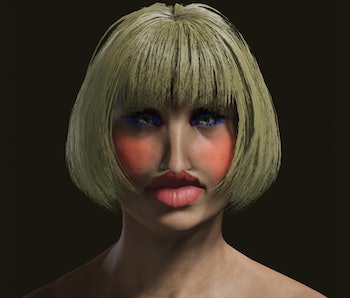 Now that Elden Ring has been out for a while, players have begun experimenting with meme builds (such as the ridiculous Sonic setup that decimated the PvP scene). The latest Elden Ring meme is the “Karen build,” which was popularized by YouTuber BushyGames. This absurd screaming banshee allows you to defeat bosses—and speak to the managers of The Lands Between—using only your voice. The best part? This build is actually highly effective, making it even funnier. Here’s how the build works and what you need to get it going.

What is the Elden Ring Karen build?

The Karen build is an Elden Ring setup that only uses breath or mouth attacks, such as the Beast’s Roar skill or Rotten Breath spell. It takes some effort to get going, but once you’ve gathered all the items you need for this build, you’ll be able to wreak havoc across The Lands Between.

As shown in the video above, courtesy of BushyGames, the Karen build requires the use of mouth attacks, which line up perfectly with a real-life Karen—allowing you to shout at anyone in your path. Make sure to use the Karen haircut when creating your character as well (this is essential).

The run starts off with the Firebreather Ash of War, which is tied to the torch. BushyGames then defeats a dragon to obtain a Dragon Heart, which is used to collect the Rotten Breath spell. From there, collect four Deathroot and trade them with Gurranq, Beast Clergyman to earn the Beast’s Roar Ash of War, which is the key to this build.

Make sure you upgrade whichever weapon you’re using with that skill—in this case, BushyGames uses the Keen Dagger. For this specific run, you must not deal any damage with weapons or spells outside of breath/mouth attacks. The majority of the run is completed using the Beast’s Roar skill.

Below is a list of everything needed for this particular Karen build:

How to use the Elden Ring Karen build

Since the Beast’s Roar skill requires FP, you’ll want to level up your Mind stat as much as you can, so you’ve got enough to take down late-game bosses. In addition, you’ll want to come equipped with several Flasks of Cerulean Tears (which are found by collecting Sacred Tears), so you can replenish your FP during battles.

Beyond that, the Cerulean Crystal Tear and Greenspill Crystal Tear are highly effective ingredients in your Wondrous Physick Mix, restoring your FP and boosting your stamina, respectively.

And if worst comes to worst, you can resort to using the Rotten Breath spell (along with the Dragon Communion Seal, which scales with Arcane) to inflict Scarlet Rot damage over time.

The beauty of this build (aside from the fact that Karen always gets what she wants), is that you can attack your foes from a distance, allowing you to stay safe from many of their strikes. The strategy requires you to dodge past/through your enemy’s attacks, and then follow it up with a Beast’s Roar scream, making sure not to get greedy.

The most important part of this build is to come equipped with a sassy attitude and an endless list of complaints. When a boss gives you trouble, be sure to ask to speak to their manager—an essential part of the Karen build. With enough luck and skill, you’ll be able to make it to the top manager of Elden Ring, the Elden Beast itself.

More like this
Gaming
Jan. 20, 2023
How to build Genshin Impact’s Alhaitham into a damaging Dendro powerhouse
By Jess Reyes
Gaming
7 hours ago
The 8 Essential Fire Emblem Engage Characters You Need in Your Party
By Robin Bea
Gaming
4 hours ago
How to Duel Your Friends in the Marvel Snap Battle Mode
By Joseph Yaden
LEARN SOMETHING NEW EVERY DAY.
Related Tags
Share: