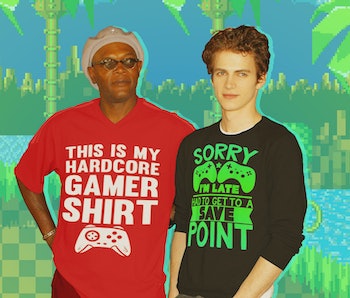 Disney has been drastically kicking up its video game development in recent years, including eight different Star Wars games currently in production, so it should come as no surprise that the company plans to host its very own game showcase in September. The first-ever Disney and Marvel Games Showcase will take place during the D23 Expo, Disney’s annual three-day event that packs in tons of announcements and panels. There’s plenty of info and possibilities to dig into, so here’s everything you need to know about the Disney and Marvel Games Showcase.

When is the Disney and Marvel Games Showcase?

The Disney and Marvel Games Showcase is scheduled to take place on September 9, 2022, at 4 p.m. Eastern. The showcase was announced via Twitter and an official news post on Marvel’s website.

How to watch the Disney and Marvel Games Showcase

What to expect from the Disney and Marvel Games Showcase

The big question, of course, is what should we expect from the Disney and Marvel showcase? There are a ton of games that Disney and Marvel currently have in production, on top of whatever we don’t know about. The official post does reference four games that’ll receive updates, Disney Dreamlight Valley, Marvel’s Midnight Suns (recently delayed to 2023), LEGO Star Wars: The Skywalker Saga, and the new project from Skydance New Media.

The Skydance New Media game is the most interesting of the bunch, as it’s the new studio created by Amy Hennig, the creative director and writer of the first three Uncharted games. Up until now, we haven’t known anything about the project, but a particularly interesting line from the announcements calls it the “upcoming Marvel ensemble game.” That begs the question of what “ensemble” is being referenced. It’s likely not The Avengers or Guardians of the Galaxy as both have received titles in recent years, so possibilities could be The Defenders, Fantastic Four, X-Men, A-Force, or any other number of teams. Considering Hennig’s pedigree with action-adventure games, something like Fantastic Four could be the perfect fit for her studio.

Outside of those known titles, there are countless other ones that could appear. In terms of Marvel stuff, Marvel’s Spider-Man 2 is easily the biggest title that could appear. The studio also has a Wolverine game in production that’s only received a teaser trailer so far. Then there’s the heavily rumored Black Panther game that could make an appearance.

Switching to Star Wars, Jedi Survivor will likely make an appearance, the sequel to the wildly popular Jedi Fallen Order that was released in 2019. There’s also the Overwatch-style Star Wars Hunters from Zynga, Star Wars Eclipse from Quantic Dream, a Star Wars open-world game from Ubisoft, and a new Star Wars FPS from Respawn Entertainment.

Finally, there are a number of other titles in the works as well, including Indiana Jones from Wolfenstein developer MachineGames, Avatar: Frontiers of Pandora from Ubisoft, Aliens: Dark Descent from Focus, and Kingdom Hearts 4 from Square Enix.

Whew, that’s a lot to unpack, and obviously, all of those games won’t appear during the showcase, so let’s talk about what’s most likely. A teaser trailer for the showcase released by Marvel features Avatar and Alien, so those games will definitely appear in some way. Marvel’s Spider-Man 2 will likely make an appearance, but considering the Skydance game is getting announced don’t expect any other big Marvel announcements.

For Star Wars, Jedi Survivor and Star Wars Hunters will likely make an appearance, but don’t expect much past that outside of maybe a teaser trailer for Ubisoft’s Star Wars game. There may be a couple of other surprises, but the big one to not expect is Kingdom Hearts 4, as Square Enix has said the game is still years out from release, and the company traditionally has big gaps in marketing.