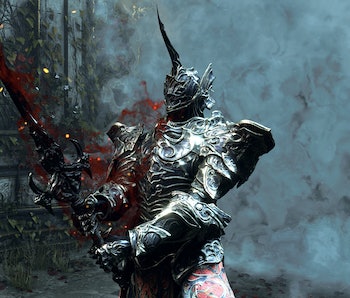 Demon’s Souls is extremely challenging, especially for newcomers. If it’s your first time playing this game because it’s one of the most stunning PlayStation 5 exclusives, you are in for a wild, frustrating ride. Still, you can get an edge right at the start of the game, depending on the items you choose. When customizing your character, you can choose one from 10 different “starting gifts” to give your character a boost early in the game.

If you’re wondering which item is the best to start with, these are the three best starting gifts to choose from in Demon’s Souls, ranked.

The problem with most starting gifts is that they are used up very quickly. While the Fire Arrow is technically one of these items, it’s a bit better than the stuff like Grass Jelly and Bright Water that have the same use as consumables strewn throughout the environment. If you plan on wielding a bow and using the Hunter class, then the Fire Arrow gives you ammunition that will also set enemies on fire.

Use this to make the early enemies a breeze or get an edge on tough early game bosses like the Phalanx or Tower Knight. Still, you will run out of this item and have to buy more from Graverobber Blige.

If you want to avoid fighting enemies in the early stages of Demon’s Souls, then the Soul Remains are a decent starting gift choice. Using the Soul Remains will distract enemies, so you can either sneak past those tough opponents or attack them from behind after using it.

The Soul Remains pair well with the Thief class, but are still useful for anyone that just wants to avoid combat. Once you run out of this, you can buy more from Graverobber Blige at The Ritual Path and loot them from enemies and the environment.

This is, by far, the best option to choose if you want an early edge in the game. The Providential Ring “raises item discovery.” As a result, useful items will drop from enemies more quickly early in your adventure. As item management is a key part of Demon’s Souls, having a ring that helps you find useful items quickly is a lifesaver.

It’s the only starting gift that’s a permanent item too, and that alone also shoots it to the top of this list. Finally, the trophy King of Rings requires players to acquire every ring item in Demon’s Souls, so this is a good choice for players who want to Platinum the game as quickly as possible.

Overall, you just can’t go wrong with the Providential Ring.

This article was originally published on Dec. 1, 2020