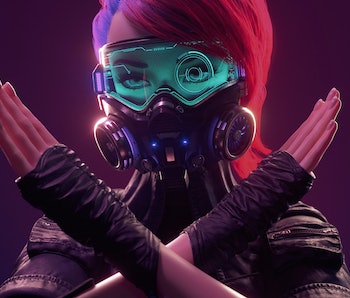 The wait for Cyberpunk 2077 is almost over. Gamers in the United States will be able to begin exploring CD Projekt Red's near-future dystopia on Wednesday at 7 p.m. Eastern. But there's a nifty tricky Xbox One and Series X|S users can use to being playing the long-awaited title even sooner.

All you have to do is switch the region information in your Xbox's settings and Cyberpunk 2077 will boot up. Here's how to make it happen.

First off, you'll need to have a copy of the game pre-loaded and ready to go on your system. So if you haven't purchased and installed Cyberpunk 2077 head to the Microsoft Store and do that, you'll need 70 GB of free storage to load it into your Xbox.

How do you change your Xbox Series X region to play Cyberpunk 2077 early?

While the game is installing, you can prep your Xbox to run it by opening up the console's Settings menu. From there, navigate to the System tab and select the Language & Location menu. This will take you to a separate menu where you have the options to change the language and location for your Xbox.

Open the location option and scroll down to New Zealand and set it as your system's location. Finally, restart your Xbox and Cyberpunk 2077 should boot right up, as long as you've completed the download.

Inverse has tested this method on an Xbox Series S and can confirm it works. And there's nothing stopping this method from working on the Xbox Series X or Xbox One either. The game will run after you've altered your Xbox's location and it will include an already-released "day zero" patch that was rolled out to fix some glaring bugs that many reviewers reported.

There will be a separate, nearly 50 GB day-one patch that will ship later Wednesday night that devs promised will make Cyberpunk 2077 a "whole different game." So you're going to have to stop playing to update the game once you're a few hours in.

But for anyone with a few hours of free time on December 9 before the game officially goes live, there's no reason not to use this method to slide into Night City a few hours early.

Unfortunately, other platforms aren't as easily fooled as Xbox and won't believe that gamers suddenly moved to New Zealand overnight. You'll need to wait until the 7 p.m. Eastern to dive into Night City.

The wait is almost over for most CDPR fans, but Xbox users will be able to begin adventuring through a game that's been early a decade in the making sooner than everyone else.