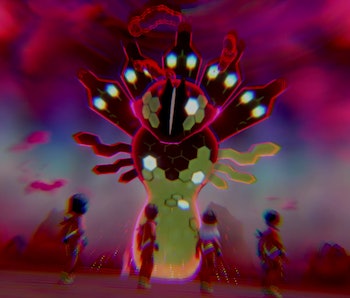 Pokémon Sword and Shield can be tough early on for newcomers because most available Pokémon at that point aren't very powerful. Though you can make a great team after progressing many hours through the game, the experience becomes ridiculously easy with a team of Legendary Pokémon on your side. While these powerful creatures are usually reserved for late in the game, the expansions for Pokémon Sword and Shield make it easy to claim some of them rather early in your adventure.

While The Isle of Armor scales to your level, so even the best Pokémon you encounter will match the average level of your roster. But in The Crown Tundra, levels are fixed in the 65-70 range.

While it seems like this region and all of the Pokémon within are reserved for when you beat the game, that's actually not the case. By using Dynamax Adventures, you can get a team of great Legendary Pokémon early on in your Pokémon Sword and Shield adventure even if you can't catch the wild Pokémon in that region.

If you've purchased the expansion pass for Pokémon Sword and Shield, you can access the expansion fairly early on. Players with fully updated games should receive tickets allowing them to travel to both the Isle of Armor and the Crown Tundra.

These can get redeemed at the Wedgehurt Station as soon as the Wild Area opens up for players and traveling by train becomes an option. After choosing Crown Tundra, a train will take you to this brand new region.

As soon as you arrive in the Crown Tundra, your Pokédex will be updated with all of the new Pokémon the expansion adds, including the newly added Legendary Pokémon. At first, it seems like you shouldn't be there as all of the wild Pokémon are around level 60. Because the levels of Pokémon don't scale to meet the player in The Crown Tundra, you can't catch them until you have all of the gym badges.

Shortly thereafter, you'll meet Peony and will have to fight him. Once again, this seems like a roadblock as his Pokémon are level 70 and yours will probably be around level 10 or 20. Interestingly, you don't actually have to win this fight to proceed, and taking this loss is the key to getting powerful Pokémon early on in Sword and Shield.

After you face Peony, you'll pursue his daughter Peonia to the Max Lair that's near where you start in The Crown Tundra. Now, Legendary Pokémon are at your fingertips. The Dynamax Adventures that happen here make the player rent out a Pokémon and proceed through a series of Max Raid battles, capping off with a fight against a Legendary Pokémon like Suicune. These can be played offline or online with friends.

The one downside to this is that these powerful Pokémon will occasionally disobey you until you get the Gym Badge that makes the Pokémon above a certain level threshold obedient. Still, not be able to use a move occasionally is easy to deal with if you're one-shotting everything you fight. If you're struggling to get through Pokémon Sword and Shield, this strategy will definitely give you an edge that should last the entire game.

Pokémon Sword and Shield is available now for Nintendo Switch, along with both DLCs.