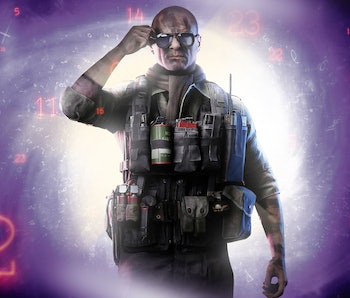 The Black Ops Cold War era of Warzone will soon move out of the way for Vanguard, but until then, there’s still some 1980s action to look forward to.

Call of Duty Season 5 Reloaded is on the horizon and serves as the midseason update featuring new modes, a weapon, Operators, and a limited-time event. Since this is a midseason update, you shouldn’t expect massive content drop, but there are still some things to be excited about.

Below, we’ll cover everything you’ll need to know about Warzone Season 5 Reloaded, including its start time, and what to expect from it.

When is the Call of Duty Season 5 Reloaded release date and start time?

Is there a Call of Duty Season 5 Reloaded trailer?

Sadly, there isn’t a Season 5 Reloaded trailer just yet, and it’s unclear if one will be released at all since this is a midseason update. Typically, trailers are reserved for major updates and events.

What are the Call of Duty Season 5 Reloaded modes, events, guns, and operator?

Black Ops Cold War and Warzone share progression systems, and since both are linked, each game will receive content as part of Season 5 Reloaded. However, we’ll only be covering the new Warzone content here.

For Warzone, Season 5 Reloaded will come with a handful of new features, including new Operators, modes, and a limited-time mode. Here are the most noteworthy inclusions:

Most notably, the Warzone Season 5 Reloaded update comes with a batch of new modes, such as Clash and Iron Trials ‘84. Clash is a deathmatch mode that pits teams of 50v50 against one another at select areas of Verdansk. The first to reach 500 points wins, though you don’t need to secure eliminations to score. Contracts also earn you points, giving lower-skill players an opportunity to contribute.

Aside from that, the Iron Trials ‘84 mode is a new take on the battle royale formula. This mode is for the most skilled players, as it will be even more difficult to come out on top. Base health is increased in this mode, along with a change to health regeneration (though it’s unspecified how it will be changed). Iron Trials will not feature any free loadout drops, meaning you must purchase them throughout the map (at a higher price). There will also be environmental changes, along with a more barebones version of the Gulag in this mode.

As for “The Numbers” limited-time event, not much is known about it, but we do know players will need to visit mobile broadcast stations to activate them and earn rewards. Based on its description, it doesn’t seem to be anything too substantial, unfortunately. This is set to begin on September 21 at 1 p.m. Eastern.

Players will also gain access to the new Sai melee weapon, which likely won’t make much of a splash to the game’s meta. In addition to the new Hudson Operator, you’ll be able to purchase the new Judge Dredd bundle, which features an Operator skin, weapon blueprint, charm, finishing move, and calling card. Look forward to this bundle when it launches later on in the season.