“Call of Duty is as big as Star Wars.” 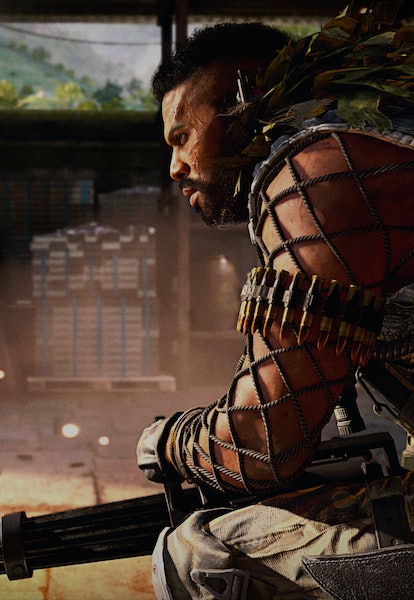 Esports have given older games a second life.

First-person shooters like Rainbow Six Siege and Counter-Strike: GO have both been on the market for over five years and yet continue to thrive due to their lively competitive scenes.

Call of Duty, gaming’s biggest first-person shooter franchise, finally became an esport in 2020. Thus far, the Call of Duty League has been a huge success, with its first match of 2021 — Optic Chicago vs. Atlanta FaZe — viewed by more than 131,000 people.

Activision Blizzard aims to push the franchise's pro gaming potential even further by making the CDL more inclusive, according to the company’s Chief Revenue Officer, Brandon Snow. The developer also plans to bring popular free-to-play entries like Warzone and Call of Duty: Mobile into the competitive scene.

“We want Call of Duty to be playable on all kinds of devices,” Snow tells Inverse. “We also see a future where the professional esports for Call of Duty could be done in the same way.”

Inverse sat down with Snow to discuss the changing landscape of esports, reconciling the competitive scene with the series’ annual releases, and the future of the CDL.

How does competitive Call of Duty differ from shooters like Rainbow Six and Counter-Strike?

The core difference is franchise strength. Call of Duty is as big as Star Wars. It’s been around for 10-plus years, and over 200 million people have played the game. That’s the foundational difference.

The Call of Duty game team continues to pump out relevant content, and it's never been stronger than now.

What are you hoping to achieve with Warzone esports that you can't do with Cold War?

Warzone is an opportunity to talk to more casual gamers. It’s a battle royale product, with a different type of viewing experience than watching the mainline game. Warzone will be another way to broaden people's interest in professional gaming.

Do you see Warzone moving into non-competitive social events like Fortnite?

We certainly see Warzone as a very large ecosystem that can continue to engage players and provide places and spaces for people to gather.

In the upcoming seasons, you’re going to see some really cool new stuff that Warzone has never done before. It’ll be really exciting and done in a Call of Duty way.

If we were to check back with each other in about four to five weeks, we might be able to speak a little bit more specifically. We certainly see an opportunity for Warzone to play a part of our esports product around the Call of Duty franchise. We plan to bring that to the table pretty soon.

How will esports intersect with Call of Duty’s annual cycle?

We have multiple studios, and we work with them early in development to create an esports product for that particular game.

There may be a world where we decide to lock in on a certain structure and stay with it. But we also recognize the value of constant change. We were running a five-on-five game with Modern Warfare, and with Cold War, we shifted to four-on-four. We've done that in concert with our teams, our owners, our players, understanding what they like about CoD esports and where they want to go with it. We're making sure that the product we're putting out there is reflective of the best esports experience we can create. We're always going to be looking at that.

How long do you think a single game will remain league-friendly?

If you're asking if we’ll play Cold War for four years, possibly; If it made sense for us, the player base supported it, and viewership supported it. But we’ll still look to the next title. We've been shifting our esports based on the latest title to keep it as relevant as possible. But could there be a world where we stick with a title for multiple years. We're not sold on any specific strategy there.

Do you see Call of Duty League being able to be played on mobile devices in any capacity?

Yes. We want Call of Duty to be playable on all kinds of devices and see a future where professional esports for Call of Duty could be done in the same way. There's a lot of reasons why it makes sense to be on PC for the esport. But that doesn't mean that we don't have a world where there are esports being played on mobile devices. They already are.

We started amateur tournaments around Call of Duty: Mobile last year, and it was a great success. A lot of it was outside of the US in very relevant mobile markets. You'll probably be hearing more about our future plans for Call of Duty: Mobile esports for 2021 very soon. There's no reason for us to not continue.

As the pandemic begins to wane, what’s Call of Duty’s vision for the future?

The pandemic affected us a lot. We had local events planned for the Call of Duty League in 2020. I think we’ll try them again once we return to a world where local events are possible. We’re currently making plans to return to in-person events this year, particularly for crucial matches like the finals. Nothing beats seeing fans go wild for local teams.

This interview was edited for concision and clarity.