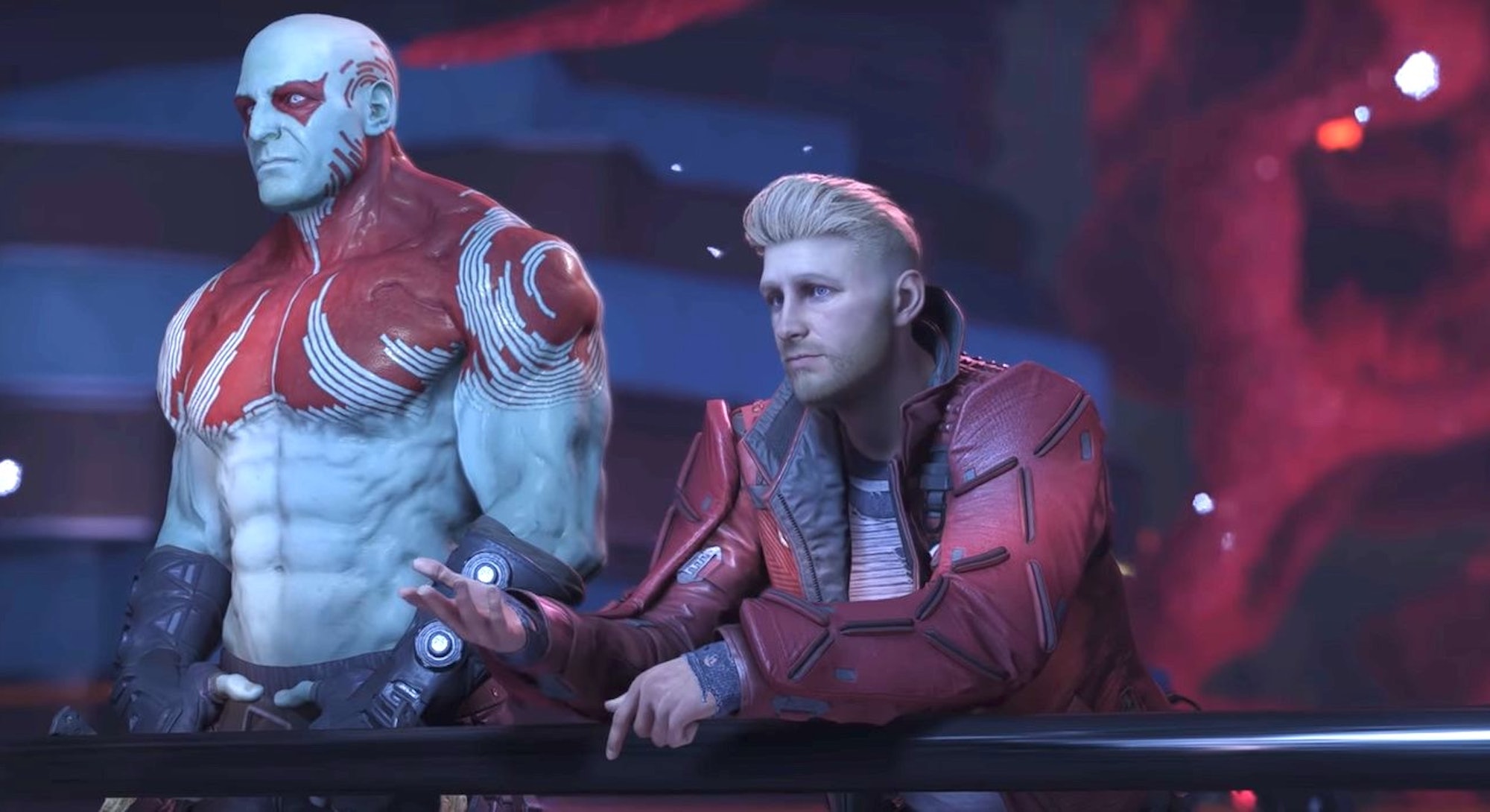 Dads are all the rage in video games, and they have been for several years now.

As game developers get older and become parents themselves, the stories they create naturally reflect that. The Last of Us and 2018’s God of War see you protect a child in life-or-death circumstances. They’re both shining examples of games that tie character development to gameplay in a way that packs an emotional punch.

It’s no surprise that this narrative trend continued in 2021, and one father rose to the top. Admittedly, his competition wasn’t very tough.

Spoilers for Marvel’s Guardians of the Galaxy, Deathloop, and Twelve Minutes follow.

The Ties that Bind

When I first played Marvel’s Guardians of the Galaxy weeks before release, one in-game twist had me dying to talk spoilers: Star-Lord is a dad! (Sort of...) It initially seemed like the game would hew close to Chris Pratt’s portrayal in the MCU films, but this was a huge departure.

Within just a few hours, Square Enix and Eidos Montreal’s take on the Guardians blazes its own path. Star-Lord appears to be the father of Nikki Gold, the daughter of a stoic Nova Corps Captain and Star-Lord’s ex-girlfriend Ko-Rel. Nikki and Star-Lord establish a plucky relationship pretty quickly. He seems interested in being a bigger part of her life. He grew up without a father and lost his mother while still rather young, so he sees this as a chance to give Nikki the life he never had.

That’s why it’s so shocking — and motivating — when Nikki is kidnapped and brainwashed into becoming the Church of Universal Truth’s Matriarch.

In a climactic scene toward the end of the game, you find that her “Promise” (a mental prison created by the Universal Church of Truth) is one where she, Star-Lord, and Ko-Rel can live and celebrate her birthday together.

A late-game twist does reveal that Nikki is not Star-Lord’s biological daughter. But by then, the Guardians and Star-Lord have matured enough to understand their important role in her life. It gives the game heart beyond the endless quips and banter. Peter’s paternal role still resonates as a meaningful story for anyone struggling to feel like they belong.

In an interview with MinnMax, Senior Narrative Director Mary C. De Marle says that Guardians of the Galaxy is “a story about the ties that bind.” By telling a story of an adoptive father-daughter relationship, developer Eidos Montreal gets to the core of what found family is in a way that would make The Fast and Furious crew blush. Most poignantly, the Guardians of the Galaxy has always been a crew of found family.

The Ties that Break

Unfortunately, other 2021 games would make Dominic Toretto wince at the portrayal of supposed family. While some of the year’s biggest games also centered around dads, they were problematically portrayed in a way that ruins their respective games’ experiences and themes.

First off is Deathloop. At the end of the game, players learn that Julianna is Colt’s daughter, who he abusively trapped in a loop before the events of the game. This reveal makes Colt unredeemable. It also renders the times he flirts with Julianna pretty gross. Stories about flawed or abusive parents are commonplace and universally relatable, but Deathloop doesn’t do it in a way that feels particularly tasteful or meaningful — it’s more for the sake of the twist.

Indie game Twelve Minutes is even worse. Initially, it seems to be a story about a couple whose chance of becoming parents themselves is cut short by a crazed killer. As more twists are discovered, you then assume it may be about these people confronting past demons to give their child a better future.

Turns out, the game’s actually about incest.

The couple, voiced by James McAvoy and Daisy Ridley, turn out to be brother and sister in a twist that arrives near the game’s final moments. This recontextualizes the whole story in an unearned and frankly disgusting way that ruins an otherwise ambitious game. And obviously, it makes McAvoy’s character a bad dad.

While fatherhood was an apparent theme throughout many of 2021’s most notable games, some games demonstrated why the familial twist is sometimes best left untouched. That’s why Guardians of the Galaxy’s nuanced portrayal of Star-Lord and Nikki’s relationship was an original and engaging story that served as the backbone of one of 2021’s best game narratives.

Basically, I’m saying Star-Lord is daddy, and easily the best father from a 2021 video game.