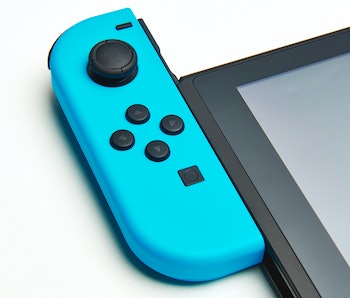 Perhaps more than any other game of the SNES era, Star Fox showcases the full range of Nintendo’s blending of technical ambitions and creative tendencies. The 1993 game spurred the creation of a new graphics chip and allowed developer Shigeru Miyamoto to invoke Japanese folklore while creating a rapid-fire railgun shooter.

If you're a paid Nintendo Switch Online subscriber, you can play Star Fox right now for free by downloading the Super Nintendo Entertainment System app.

The experience of playing the original Star Fox is one of high-octane shooting. Like a previous Miyamoto game, F-Zero, your screen becomes overwhelmed by a cast of colorful characters as you move through the level. But unlike the racing game, Star Fox ditches the me-against-the-world setup and provides you with a group of allies who regularly check-in.

Miyamoto was curious about the possibilities that a game set in space and alien worlds could produce, but was reluctant to take on the tropes that had become associated with the setting. Working with British game developer Argonaut Studios, Nintendo had built out a 3D shooter which they gave the working title of SnesGlider.

This unimaginative title came partially from a previous Argonaut title, Starglider, and part from the fact that neither side had given the player any incentive to keep moving through its fast-paced and busy levels. In other words, they needed a plot.

Looking for a new angle, both Nintendo and Argonaut teams, who had come to Japan for the project, decided to look around locally for inspiration. They visited the Fushimi Inari-taisha, the main shrine for Inari, a spirit (known as a kami) in the indigenous Japanese religion of Shinto.

Fushimi Inari-taisha is a shrine of crucial importance to Shinto beliefs. Dating back to the 8th century, the shrine is known for its Senbon Torii, which translates to “thousands of torri gates.” These gates, typically made of wood, signify the transition from the mundane to the sacred and are perhaps the visual cue most widely associated with Shinto beliefs. Stunning on its own, the team also paid attention to the statues of the kami Inari’s messengers—foxes.

The stone foxes of Fushimi Inari-taisha, also known as kitsune, left a deep impression on Miyamoto. A fox would become the game’s lead character, and the torri would be featured prominently in the game through a series of gates the player can move under.

But neither the game or it’s development would have the peace that can be found at a Shinto shrine. Argonaut coder Dylan Cuthbert, who was only 18 at the production of Star Fox, describes his week in Kyoto as “mostly a blur of hard work,” setting up the game’s levels, head’s-up display, and polygonal ships and enemies. Along with Fox McCloud, named as an ode to the movie Highlander, a team of Falco Lombardi, Slippy Toad, and Peppy Hare join the fray.

The team is fighting to liberate their homeworld of Corneria from the attacks originating at the wicked planet of Venom. In an early challenge to the concept of game difficulties being “easy” or “hard,” the team built out of a series of paths that allowed players to chart out their own difficulty settings.

The fighting in Star Fox is rapid, with enemies flying in from all edges of the screen along with a variety of physical impediments in the world. As the game often encourages, barrel rolls are very helpful. Fox’s teammates keep the player invested in the challenge, regularly asking for help in shaking an enemy fighter or calling out enemy ships they want to destroy. The ship’s shield is the player’s health bar, which can be revitalized through power-ups which are somewhat difficult to spot in the level.

Despite the game’s new graphics card, the Super FX, it can be hard to differentiate between power-ups and attacks for a new player. Unlike, say, Super Metroid, StarFox does feel somewhat limited by the technology of the time. This would become abundantly clear in 1997, when the definitive entry of the franchise, StarFox 64 on the improved 3D-graphics of the Nintendo 64 system, was released.

But StarFox is definitely a blast on its own, and it’s easy to see why it sold over four million characters. The action feels natural, and on levels like Asteroid, on the verge of overwhelming but not quite there. It’s a challenge, but one that the player wants to return to again and again.

More like this
Gaming
Jan. 22, 2023
You need to play the best Tetris knockoff on Nintendo Switch ASAP
By David Grossman
Gaming
Jan. 28, 2023
James Bond’s greatest game ever just hit Game Pass and Switch
By Mo Mozuch
Gaming
22 hours ago
Everything We Know about the Fire Emblem Engage Expansion Pass
By Jess Reyes
LEARN SOMETHING NEW EVERY DAY.
Related Tags
Share: