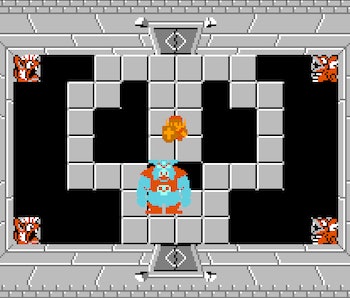 Nintendo Online’s NES app is full of classics. It may not be the Nintendo Game Pass fans need, but at least it allows fans to play everything from old favorites to obscure gems. It’s a bit of a history lesson for those looking to jump into the 8-bit era.

Since we’re talking history, it’s important to note that a particularly important milestone just passed. The Legend of Zelda turned 35, meaning that the 8-bit classic is now old enough to have an existential crisis and move to the suburbs. If you're a paid Nintendo Switch Online subscriber, you can play this classic RPG right now by downloading the Nintendo Entertainment System app.

On an obvious level, The Legend of Zelda is just worth playing to see where the entire series came from. You get to meet Link and Ganon for the first time, plus see primitive version of the game’s iconic tools and items. It’s always a little funny to jump back in and see early octoroks scuttling around the map.

Beyond that, it’s still one of the stronger entries in the series all these years later. While it can be a little more obtuse that newer Zeldas, that’s not always a bad thing. The sense of adventure in the game is particularly high in the original, as it’s so easy to get lost in the world. Those who enjoy the series for its exploration should especially see what the first game has to offer.

Because of that, The Legend of Zelda is the closest game in the series to Breath of the Wild, even though it’s on the polar opposite end of the graphical spectrum. While there’s a linear sequence in the game, unlike Breath of the Wild, the exploring feels way more free form than a game like Skyward Sword. It’s easy to spend hours just wandering around bombing every wall and burning every bush in the pursuit of secrets. The NES game really rewards curious players by hiding things in truly obscure places.

The original Legend of Zelda is becoming a blueprint for the future of the series, which is somewhat surprising. One might think that Nintendo would pull inspiration from 3D entries like Wind Waker and Twilight Princess as it evolves the series, but Breath of the Wild showed how important older games still are. Their limitations often created laser-focused gameplay with no frills. The Legend of Zelda is one of the purest “adventures” in the series, as it’s fully about Link’s heroic quest. It’s a story of one little green guy taking on a world that’s much bigger than him in every way.

The game may be 35 years old, but it hasn’t missed a step. It remains a mystifying epic that contains everything that defined the next two and a half decades of gaming. It continues to guide Nintendo’s design decisions today, because it’s just that timeless. What better way is there to celebrate Link’s birthday than diving in helping him kill Ganon for the first time?

The Legend of Zelda is available to Switch Online subscribers via the NES app.