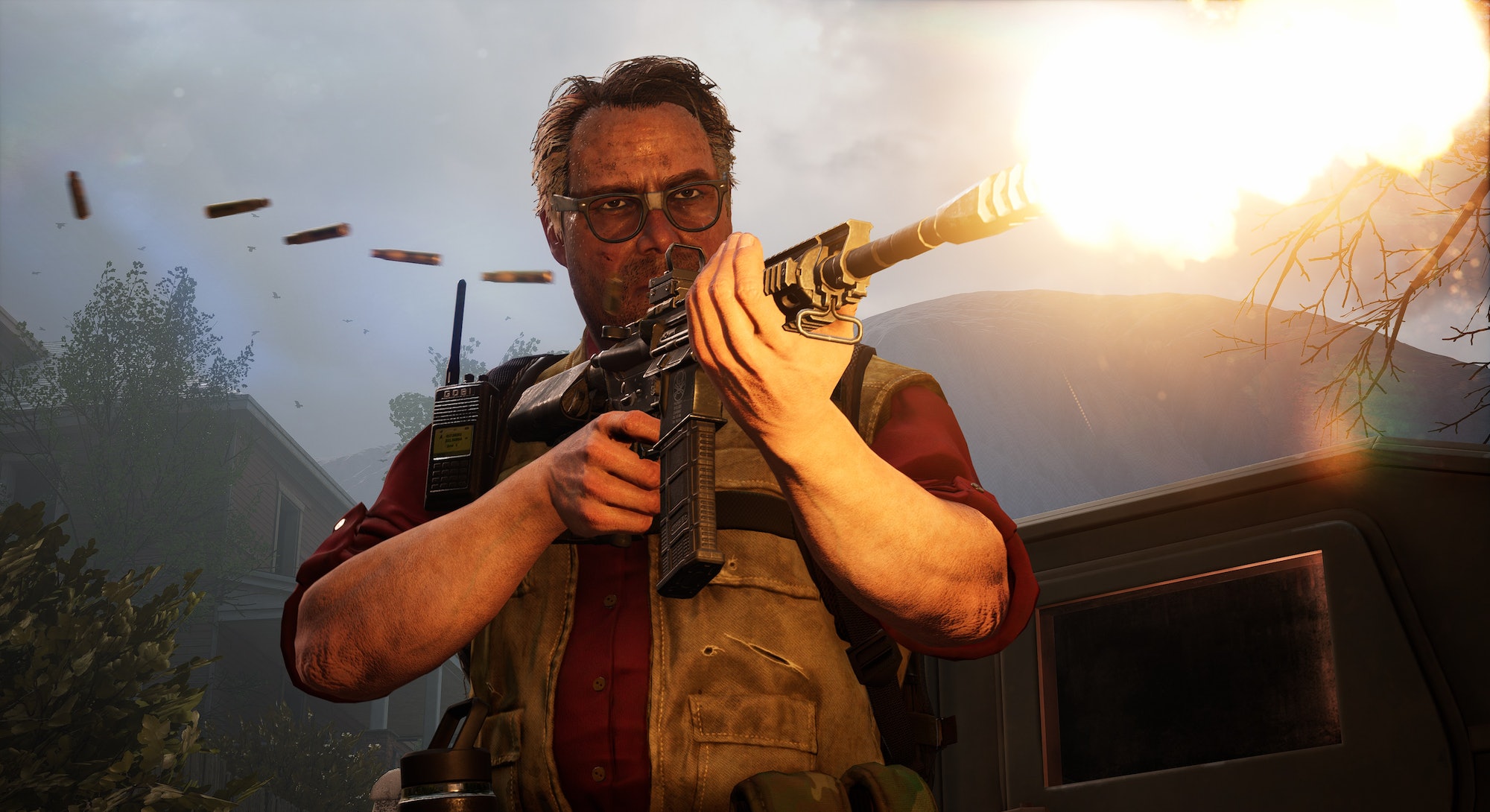 Sometimes, all you want to do is hop online with a few friends and gun down hordes of zombies.

Back 4 Blood delivers on that promise — and then some.

Created by Turtle Rock Studios (the same team behind 2008 survival horror classic Left 4 Dead), the premise of Back 4 Blood is simple enough. Long after a parasitic “Devil Worm” has killed or infected most of humanity, you play as one of the Cleaners, a group of apocalypse veterans looking to reclaim the world from the Ridden zombies. There’s an insurmountable number of generic zombies lurking, as well as a hearty variety of grotesque mutations large and small. (We’re pretty sure at one point we saw a Rat King.)

But perhaps most importantly: Don’t piss off the birds.

“Back 4 Blood surpassed my expectations.”

Inverse’s Tomas Franzese and Corey Plante demoed the four-player co-op with an early PC build ahead of Back 4 Blood’s open beta on August 5. It was a small — but thrilling — taste of what’s to come in the full release. Read on for our thoughts on this exciting new zombie shooter.

Tomas: Back 4 Blood surpassed my expectations. There are a lot of cooperative shooters on the horizon, and I suspected this zombie game would be left in the shadow of its genre peers and predecessor Left 4 Dead. Fortunately, it taps into what made Left 4 Dead great while avoiding some of the pitfalls many cooperative multiplayer games fall into.

Other cooperative shooters — like Predator Hunting Grounds or the upcoming Aliens Fireteam Elite — have boring objectives that boil down to “shoot enemies, go here, and hold a button.” So it was a relief to see Back 4 Blood’s unique objectives and setpieces.

“All backed up by solid gunplay.”

We had to fortify a church at one point and blow up a ferry at another. The ferry was especially memorable: I was grabbed by a zombie as everyone was escaping the boat. I ended up sacrificing myself to protect the team as the ferry blew up. Hopefully, this variation in missions, characters, and enemies will enable more water-cooler moments like that.

This was all backed up by solid gunplay too. The only thing that didn’t engross me was the card system since the beta didn’t really explain how to properly use it.

What were your thoughts on the card feature and the gameplay as a whole?

Corey: The card system did feel a bit underwhelming, especially at first. It’s poorly explained (or maybe my attention span is just totally eroded), perhaps because the demo build thrust us right into the base camp with zero background info. Once we’d done six missions or so, I grew to like it a lot more as a light riff on deck-building roguelikes such as Slay the Spire.

You build a deck and activate the buffs by selecting a card after every mission, so if you find yourself burning through your ammo, you can get more. If you are getting downed a lot, you can increase your health. It’s a smart way to keep subsequent playthroughs refreshing while also incentivizing strategy as a team.

“Blowing up the ferry was a real highlight.”

As far as gameplay, I was immediately struck by how much I like Back 4 Blood. I usually get bored by games like Left 4 Dead very quickly. They’re too visually disorienting and the gunplay isn’t satisfying. This genre often defaults to “kill everything you see before you move on,” but I recall several cases where the Ridden zombies would just keep coming. One of us had to make the call for us all to move on, pinging a destination to urge everyone onward. Otherwise, we’d all be dead.

When we wound up in that church, it quickly got out of control and I shouted, “You guys focus on the fortifications! I’ll handle them!” I probably growled as I dove into the horde with my knife and shotgun. (By the way, shotguns feel great in this game. I barely used anything else.)

Of course, blowing up the ferry was a real highlight as well.

I was manning a turret on the shoreline when you three realized you forgot the third bomb, so I had to run it inside, plant it, and kill my way out. But I got stuck going down a dead-end that nearly got me swarmed. I got off the boat with about 12 seconds to spare and spun the turret around to watch a truly epic moment: Our fourth player, a silent Warner Bros. employee, was right behind me. Diego from Attack of the Fanboy made it off with seconds to spare, saying something about how his character’s guts were literally hanging out. Then I watched the ferry explode with you crawling for the escape. I wish I’d said something dramatic, but I’m pretty sure I was laughing hysterically.

Anyway, what were your favorite weapons? And what did you think of the upgrade purchasing system?

Tomas: Like you, I found the shotguns to be the most satisfying. I also chose to focus on melee as my character and some of the cards I had equipped gave me a boost. While I risked taking more damage by getting up close and personal with the Ridden (that’s probably why I got stuck on the ferry), lopping their limbs off in a spectacularly gory fashion never got old.

The upgrade system enhances the game’s roguelike elements. In saferooms between each mission, you can purchase guns, team upgrades, and items. I did not expect to see something so reminiscent of Counter-Strike: Global Offensive or Valorant in a zombie game, but the system makes a lot of sense here.

It gave our campaign a palpable sense of progression and added another layer of strategy as we discussed who should buy what to best optimize our team. I’m intrigued to see if the PvP mode will have a similar system between rounds. While we weren’t able to try out its competitive multiplayer mode, playing as a zombie sounds like a blast, so I can’t wait to try it in the open beta.

Our demo really sold me on the entire experience. Cooperative shooters are about to become a dime a dozen with games like Rainbow Six Extraction, Aliens: Fireteam Elite, and more on the horizon. Back 4 Blood stands out with its unique personality, down to the wacky characters whose banter adapts to the situation. Do you think it does enough to stand out from its peers?

Corey: I think so. The banter between characters is interesting and downright funny at times. Allies always complain when you accidentally shoot them. I forget who was playing the “Mom” character, but it made me chuckle every time somebody said something to her.

When you spend 80 percent of your playtime simply gunning down zombies, you don’t exactly need a compelling story. But Back 4 Blood invests just enough in the lore and characters to keep you invested. Similarly, the gameplay systems are robust enough to chew my lip in concentration when weighing my options in the saferoom shop.

“One of my most cherished gaming memories of all time.”

But the real strength of Back 4 Blood is in those emergent narratives that also make battle royales so addicting. Because there are so many variables in play at any given time, four real people can have a totally unique experience. That whole exploding ferry story is one I’ll be telling many of my gamer buddies about for a long time to come.

I’m sorry I couldn’t save you from the exploding ferry. But I’m more sorry that I wasn’t recording footage of it because it’s now one of my most cherished gaming memories of all time.