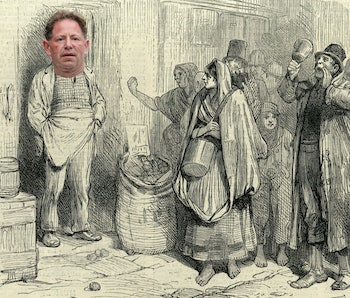 Activision Blizzard is the subject of yet another lawsuit, this time from the state of New York. The lawsuit alleges that Activision CEO Bobby Kotick rushed to secure a takeover bid from Microsoft in order to escape liability for failing to address widespread misconduct issues at the company. So how could this new complaint impact the company, the Microsoft deal, and Bobby Kotick? We’re breaking down the three biggest issues below.

What does the lawsuit mean for Activision?

Although this new action from New York is technically a lawsuit, it’s a little different and may not have the same overall effects as, for example, the lawsuit filed by California against Activision. The suit was first filed in Delaware on April 26, by the New York City Employees’ Retirement System, which owns stock in Activision. Essentially, the group claims that actions by Activision’s management hurt the company’s stock price.

The lawsuit is a books and records request that demands Activision provide a lengthy list of documents related to the Microsoft deal. This would include info on the five potential buyers, board memos, details on sales talks, and more. As reported by Axios, the suit says “Kotick and his fellow directors a means to escape liability for their egregious breaches of fiduciary duty.” The core argument boils down to Kotick and the Board allowing Activision’s stock price to slip through deliberate inaction, which in turn hurt city employees who relied on Activision stock for their retirement plans.

Interestingly, the day before the lawsuit was filed a report emerged saying Activision Blizzard was urging shareholders to vote against a proposal from the New York State Common Retirement Fund that asked for “an annual public report describing and quantifying the effectiveness and outcomes of Company efforts to prevent abuse, harassment, and discriminations against protected classes of employees.” Activision’s board of directors claimed it wasn’t in the company’s best interest to provide an annual report, though it’s unclear that the report had anything do with the filing of the new lawsuit.

So what does all of this mean for Activision? It adds another legal battle, which will no doubt cost time and resources. If the lawsuit succeeds, it could force the company to be more transparent about its efforts to reduce and prevent harassment. That said, because it’s a records request, the lawsuit is unlikely to have any wide effects on company culture.

What does the lawsuit mean for Bobby Kotick?

The results of this latest suit could potentially affect Kotick himself, as the suit claims he was “unfit” to negotiate the Microsoft deal. If a judge rules Kotick did indeed rush the Microsoft sale to escape responsibility, he could lose any kind of bonus when he leaves the company.

Bloomberg has previously reported that Kotick could see a $520 million payment on the Microsoft deal, but if his motivation for the deal is called into question, that could change. That’s still a big if, and it’s extremely likely that whenever Kotick does leave the company — which does seem all but inevitable at this point — he will leave an obscenely rich man.

Will this affect the Microsoft deal?

At the moment, the purchase is being reviewed by the Federal Trade Commission, which is investigating whether the takeover will harm competition in the industry. The New York lawsuit could certainly cast another shadow over that deal, making it seem more insidious than business-savvy. However, this suit alone is unlikely to have any major bearing on the purchase, because Activision shareholders have shown enthusiastic support for the Microsoft deal.

At the end of April, 98 percent of Activision’s shareholders voted in favor of the Microsoft takeover. Even though the vote was non-binding, the deal simply couldn’t move ahead without it. Richard Hoeg, a lawyer at Hoeg Law, commented on the suit on Twitter saying “The 98% shareholder approval really harms the value is too low/improperly negotiated argument.” He continues “It's [the suit] not nothing, but compared to everything else Activision (and Microsoft) have going on...it's pretty darn close.”

Ultimately, it’s very unlikely that the New York suit will have any ramifications on the Microsoft takeover, outside of the public perception of the deal. The FTC and antitrust scrutiny from other regions are likely the only things that could scupper the deal at this point.