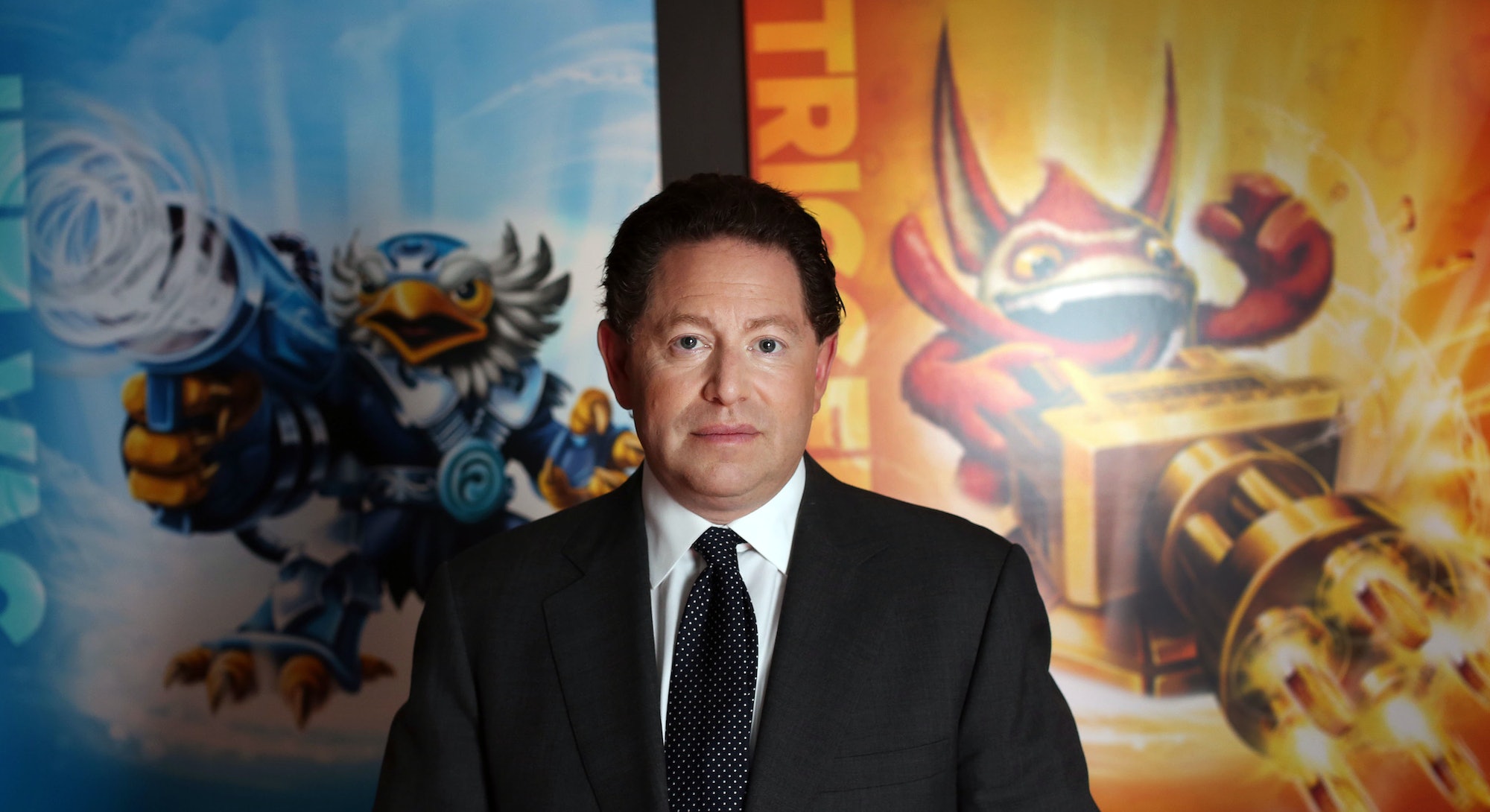 A bombshell report from The Wall Street Journal reveals that Kotick failed to address sexual harassment issues at the company, and he was at the very least complicit in a workplace culture that allowed them. Activision Blizzard is nowhere near healing as long as Kotick is in charge. Here’s why you should be calling for his removal too.

What The Wall Street Journal’s report revealed – On November 16, WSJ published a story alleging that Kotick was more aware of and, in some instances, personally involved with these widespread harassment issues than he previously claimed. This comes months after a July 2021 lawsuit exposed Activision Blizzard's long history of sexual and racial discriminatory harassment.

The new report claims that Kotick did not inform the company’s Board about a rape lawsuit settlement involving an employee at Sledgehammer Games. He also defended Treyarch co-head Dan Bunting after a female employee accused him of sexual harassment (Bunting has since left Activision).

While Activision claims Kotick was unaware of the cases presented in WSJ’s reporting, this much seems clear: Bobby Kotick was aware of these systemic issues and didn’t attempt to use his authority to fix the problems until after it all became public knowledge.

The Wall Street Journal also reports that Kotick threatened to kill one of his assistants during a 2006 phone call. A year later, he allegedly fired a flight attendant on his private jet after she reported being sexually harassed by the pilot. Kotick also allegedly attended a 2007 party for an Activision Blizzard studio where “scantily clad women danced on stripper poles” and a DJ “encouraged female attendees to drink more so the men would have a better time.”

Overall, it paints a dire picture of the leadership at Activision Blizzard, exposing Kotick’s lies and the company’s deep-rooted issues. According to GamesIndustry.biz, Kotick’s current employment agreement lasts until March 31, 2023.

How Activision responded – While Activision Blizzard responded to multiple questions within WSJ’s article, it still called the report “misleading” in a statement released after its publication, claiming that Kotick has already begun working hard to improve company culture:

“We are disappointed in the Wall Street Journal’s report, which presents a misleading view of Activision Blizzard and our CEO. Instances of sexual misconduct that were brought to his attention were acted upon. The WSJ ignores important changes underway to make this the industry’s most welcoming and inclusive workplace and it fails to account for the efforts of thousands of employees who work hard every day to live up to their — and our — values. The constant desire to be better has always set this company apart. Which is why, at Mr. Kotick’s direction, we have made significant improvements, including a zero-tolerance policy for inappropriate conduct. And it is why we are moving forward with unwavering focus, speed, and resources to continue increasing diversity across our company and industry and to ensure that every employee comes to work feeling valued, safe, respected, and inspired. We will not stop until we have the best workplace for our team.”

Executives continued to defend Kotick in a series of all-hands meetings on November 17, making it loud and clear that Activision Blizzard’s supposed zero-tolerance policy doesn’t apply to everyone at the company. Kotick also released his own statement, saying, “Anyone who doubts my conviction to be the most welcoming, inclusive workplace doesn’t really appreciate how important this is to me.”

Activision Blizzard’s official line is that things are better now. But the company can’t fix everything overnight. The abrupt resignation of Blizzard co-lead Jen Oneal is a case in point.

Why Blizzard’s Jen Oneal resigned – The WSJ also clarified why Blizzard co-leader Jen Oneal stepped down from her role after only three months. While the former Studio Head of Vicarious Visions was promoted to co-leader alongside Blizzard’s Mike Ybarra in August, Oneal was paid less than him. Oneal, who is Asian-American and a member of the LGBTQ+ community, wrote in an email that she felt “tokenized, marginalized, and discriminated against.” She also says she was harassed while at Activision Blizzard.

Further reporting from IGN revealed that Oneal was only offered equal pay to Ybarra after she voiced her intentions to resign. It’s a clear example of women being mistreated at Activision Blizzard even after claims of reformation.

Why ABetterABK staged another walkout – Activision Blizzard employees, especially those affiliated with the worker organization ABetterABK, responded swiftly to WSJ’s report. By 1:09 p.m. Eastern on November 16, a second walkout was underway at Blizzard’s Irvine office. Over 150 staffers showed up there and a QA-focused Minnesota office, according to Polygon’s Nicole Carpenter.

This isn’t the first time Activision Blizzard developers have walked off the job to protest widespread issues within the company. The first walkout took place on July 28, shortly after the lawsuit was publicly revealed.

“We have instituted our own zero-tolerance policy,” a November 16 tweet from ABetterABK says. “We will not be silenced until Bobby Kotick has been replaced as CEO and continue to hold our original demand for third-party review by an employee-chosen source. We are staging a walkout today. We welcome you to join us.”

The walkout continued on Wednesday, November 17. A spokesperson for ABetterABK confirms it has plans to unionize, and these latest revelations have only added fuel to that fire. SOC, an activist shareholder group that owns 0.6 percent of Activision Blizzard, also calls for Kotick’s resignation.

According to Bloomberg, PlayStation Chief Jim Ryan has voiced his concerns about the company in an internal email. “We do not believe their statements of response properly address the situation,” Ryan wrote. Call of Duty: Vanguard has since been removed from being featured on the PlayStation Store, and Nintendo’s Doug Bowser Xbox’s Phil Spencer sent out a similar internal emails. The non-profit Girls Who Code has also ended its partnership with Activision Blizzard

Activision Blizzard’s employees have continued to rally against Kotick, forming an internal petition to get him removed. 1,794 people from Activision Blizzard’s 9,500 person staff have signed the document. Meanwhile, a public petition for anyone to sign was put on Change.org and has already amassed over 25,000 signatures. Tens of thousands of people want him to go.

Bobby Kotick might not be fired – Currently, it does not seem like the Activision Blizzard board has any intention of firing Kotick unless nothing changes. On November 16, the Board released a statement saying, “The Board remains confident that Bobby Kotick appropriately addressed workplace issues brought to his attention.”

According to a November 20 report from WSJ, Kotick reportedly told the Board that he would step down if Activision Blizzard’s issues weren’t resolved “with speed.” How exactly Activision Blizzard will measure that is not known, so don’t get your hopes up. In the short term, it looks like he’ll remain CEO of Activision Blizzard, even though public sentiment has turned against him.

The Inverse Analysis — Kotick has a long history of ignorant leadership at Activision. But the board of directors remains on his side, so immediate change seems unlikely, even after the latest employee walkout.

Still, with Overwatch and Diablo 4 delayed, Call of Duty: Vanguard underperforming, and some shareholders already complaining, the financial pressure is starting to mount on Kotick and Activision Blizzard.

Despite what company PR wants you to think, it’s all too clear that the best path forward for Activision Blizzard is one without Bobby Kotick.