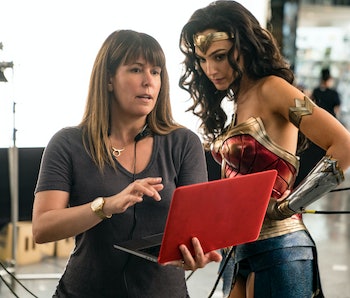 The Cold War will heat up when Wonder Woman's latest movie finally arrives on HBO Max. Wonder Woman 1984, the delayed DC superhero movie starring Gal Gadot, will make its debut both in theaters and on HBO Max on the same day, December 25.

For those looking to spend the holidays all cozy with loved ones to watch Wonder Woman do her thing, here's when exactly (and how) to stream Wonder Woman 1984 on Christmas Day.

To watch Wonder Woman 1984, as well as most of the WarnerMedia content library including classic movies and TV shows, you will need a subscription to HBO Max. If you have a cable subscription with HBO, you may already have access to HBO Max at no extra cost. You can check by logging in with your provider on HBO Max's website.

If you do not have access to HBO Max already, you can sign up for a membership. Prices start at $14.99 per month. You may come across a trial for HBO Max (such as in the case for customers who purchased new copies of Cyberpunk 2077), but HBO Max currently does not offer a free trial for new members.

If you have access to HBO Max, you can download the HBO Max app to any of the following devices:

Why is Wonder Woman 1984 streaming on HBO Max?

Due to the ongoing Covid-19 pandemic causing movie theaters to close, movie studios have spent all year trying to get movies in front of paying audiences. Disney's experiment with a new "Premier Access" model by releasing Mulan to Disney+ subscribers for an extra $30 cost. Now, rival studio Warner Bros. is seeking to bring a healthy userbase to its new HBO Max platform by releasing Wonder Woman 1984 to the platform, at no extra cost.

Those who are willing to go to movie theaters can still watch Wonder Woman 1984 on the big screen. The release on HBO Max is a way to allow customers unwilling to attend a movie theater to still enjoy the movie. If you are hoping to watch the movie in theaters, please exercise caution by maintaining distance from others and wearing a mask at all times.

Not yet. Starting on December 25, Wonder Woman 1984 will stream on HBO Max for 31 days. The movie will be pulled from HBO Max and finish its theatrical release in theaters. When the movie arrives on home video (Blu-ray, DVD, etc.) the movie will also return to the HBO Max platform in 2021.

To learn more about Wonder Woman 1984, read our guide here and check out my review of the movie here.