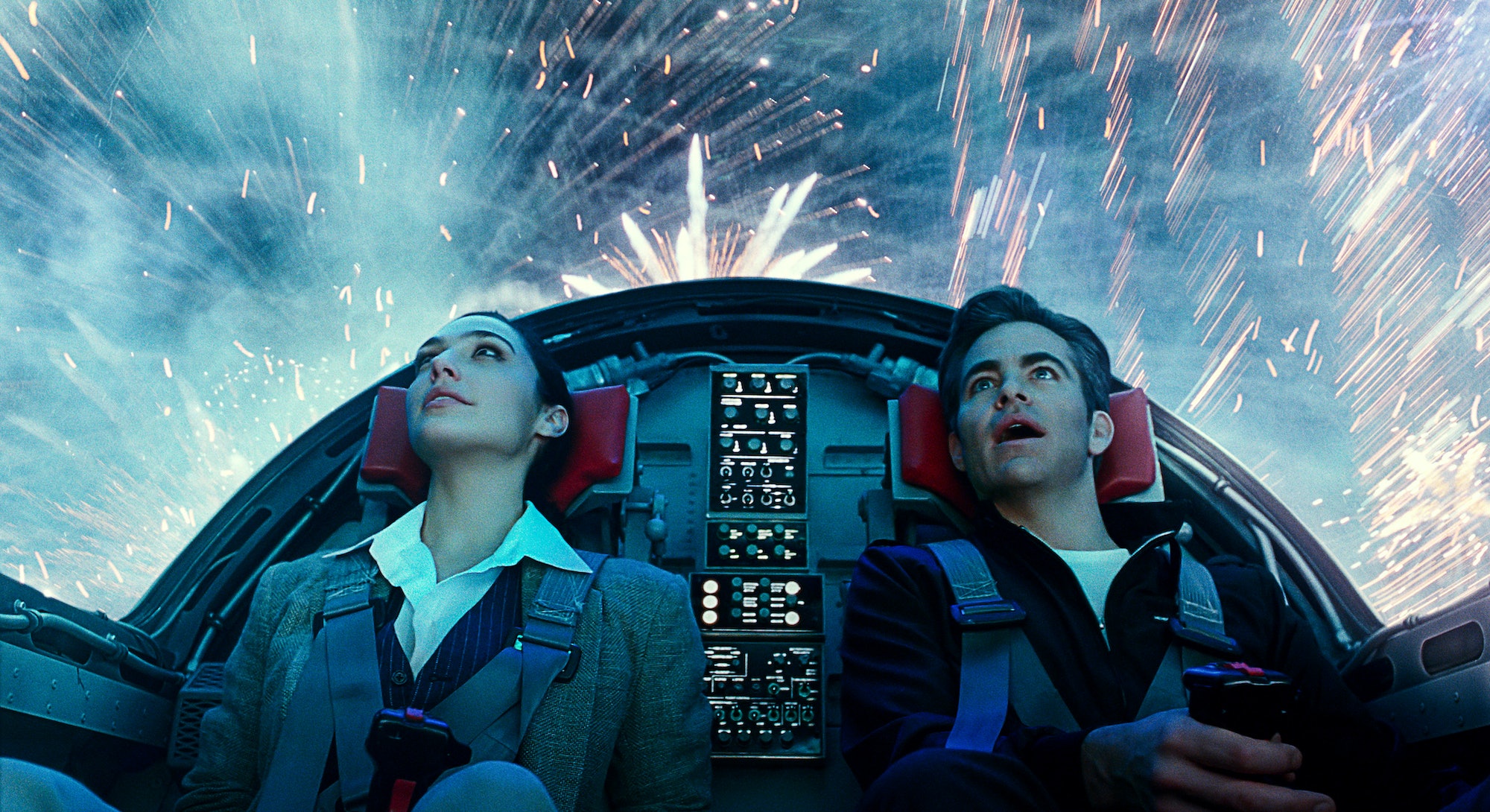 Like a true superhero, Wonder Woman 1984 swoops in at just the right moment when we need saving most.

It might be set in the ‘80s, but the Patty Jenkins sequel takes aim at the present day. There’s a profound dread underlining Wonder Woman 1984 that’s only defeated by truth, love, and selflessness in the face of annihilation. Top that off with exciting action you get to rewatch immediately on HBO Max, and Wonder Woman 1984 is easily DC’s best superhero movie since The Dark Knight.

Hitting theaters and streaming on HBO Max on Christmas Day, Wonder Woman 1984 is the newest entry in the DC "Extended Universe." Decades after Diana/Wonder Woman (Gal Gadot) left her mystical home for the trenches of World War I, Diana lives a socially reclusive life as a museum curator in Washington D.C. She bumps into a new hire, Barbara Ann Minerva (Kristen Wiig), a gawky archaeologist who develops a girl-crush on Diana.

As the two grow close, the museum unearths a mysterious "Dreamstone," an ancient rock said to grant a wish to those who touch it. They brush it off as nonsense until its powers are proven real by the return of Diana's lost lover, Steve Trevor (Chris Pine), and by Maxwell Lord (Pedro Pascal), an oil tycoon whose TV smile masks a crumbling empire. But because wishes come at a grave cost, Maxwell uses the Dreamstone to pave himself an easy path to the ear of the president — and unwittingly kicks off nuclear Armageddon.

Fun and fulfilling in equal measure, Wonder Woman 1984 is a triumph of 21st-century superhero movies. It builds upon and strengthens the generation-defining heroism of Gal Gadot’s Wonder Woman, challenging her amidst a changing world that ceases to make sense. The World War I in 2017's Wonder Woman was a physical trial-by-fire for the Amazonian; its most iconic visual remains Wonder Woman charging into No Man’s Land. But Wonder Woman 1984 is a more existential ordeal, which is not only appropriate for the Cold War era but a novel twist for a superhero sequel. How does Wonder Woman’s ideals of peace and anti-war stack up when there are no frontlines to speak of?

To be clear, there’s plenty of superhero action. The movie’s opening of a shopping mall rescue and an Act 2 brawl inside the White House are highlights. And there’s a formidable adversary in Cheetah, the end result of Barbara’s turn from geek to villain chic. Kristen Wiig is fierce as Barbara as she exercises a depth and dimension her comedic roles rarely allow. And how Barbara becomes a half-human, half-wildcat predator is deliciously thrilling.

(Her climactic fight scene is less so, a poorly lit clash made worse by an over-reliance of lightweight anime physics that calls to mind the DCEU’s worst offerings, like Man of Steel.)

But in my head, Wonder Woman 1984 isn’t a beat ‘em up action movie, even if it does action better than most movies. It is first and foremost a character drama, where Wonder Woman asks big questions about herself, her wishes, and her place in a strange world. On the surface, she is a beautiful enigma with James Bond's ferocity. (Observe her navigate a crowded party with pinpoint focus.) But inside, Diana is just as scared and lonely as us mortal dweebs. She too likes to dream about the impossible while gazing at airplanes in the night sky.

If Diana is an inward character, her opposing force is the outward Pedro Pascal as Maxwell Lord, an antagonist who bleeds emotions through his orifices. With a bad blonde haircut and a con man’s breathlessness, Pascal is an acting heavyweight who is more than just a DCEU Donald Trump (though the two have a similar taste in gaudy faux gold). Unlike the lame-duck president of the United States, there is an ocean’s worth of dimension in Maxwell Lord. His quest for fame and fortune comes from misplaced insecurity as he desperately yearns for the earned affection of his estranged son, not mere sociopathy. It’s hard to imagine the president going to the same lengths as Maxwell for people like Eric or Don Jr.

Underlining everything and everyone in Wonder Woman 1984 is its time and place. While the 1980s of the DCEU is a bit polished and plastic, and lacks lived-in texture (it’s more Stranger Things than Joker), the movie nails Cold War paranoia on its super-heroic terms. Wonder Woman 1984 knows how to anchor a story about hope and love in a chaotic time. If you’ve spent this year feeling a crushing spiritual defeat you can’t find the words for, Wonder Woman 1984 — a movie that champions perseverance, patience, kindness, truth, and, most of all, love — is one of the most entertaining ways to learn the language.

Time will tell if Wonder Woman 1984 will be as seismic as other DC movies like Superman or The Dark Knight. For now, Patty Jenkins’ second superhero movie is simply a top-notch product with an enviable cast as it cements Wonder Woman as the true hero for our times. Hopefully, her awe-inspiring heroism, warmth for humankind, and winking sense of humor are enough to armor anyone through the difficult days ahead.

Wonder Woman 1984 opens in theaters and streams on HBO Max on December 25.