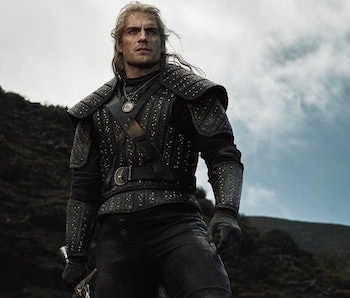 The Witcher Season 1 was an instant success for Netflix, generally pleasing fans of Andrzej Sapkowski’s books and The Witcher video games that helped popularize Geralt of Rivia in mainstream media. Now, ahead of The Witcher Season 2’s return to our screens next month, Netflix has announced The Witcher: Blood Origin, a live-action limited prequel series set in the same universe.

The Witcher writer Declan de Barra will helm the new show, with Sapkowski as a creative consultant. In a press statement, The Witcher showrunner Lauren Schmidt Hissrich expressed her enthusiasm for getting to work on another project set in the world of The Witcher.

“It’s an exciting challenge to explore and expand The Witcher universe created by Andrzej Sapkowski, and we can’t wait to introduce fans to new characters and an original story that will enrich our magical, mythical world even more.”

Here’s what we know about The Witcher: Blood Origin, including timeline, plot, cast, and more.

When will The Witcher: Blood Origin come out on Netflix?

There’s currently no scheduled date for the prequel series yet. We know that it will consist of six episodes and be filmed in the UK, just like its parent show. Filming began in August 2021, so expect Blood Origin to arrive in 2022 at the earliest.

What is the plot of The Witcher: Blood Origin?

Set in an elven world 1200 years before the world of The Witcher, Blood Origin will tell a story lost to time - the origin of the very first Witcher, and the events that lead to the pivotal “conjunction of the spheres,” when the worlds of monsters, men, and elves merged to become one.

We know the veteran Witcher Vesemir is set to appear in Season 2 of The Witcher, and he’s around 600 or 700 years old. It’s possible Vesemir will offer some nuggets of information about the earliest known Witcher next season, with the remaining backstory set aside for exploration in Blood Origin.

Perhaps what’s most interesting is the fact that the prequel series will explore the elven world. By the time we pick up with The Witcher, the elves have long been persecuted, their lands forcibly occupied, and their population nearly wiped out.

Following the second elven-human war, the elves now live in the mountains, though they’re still fearful of humans attacking them. Blood Origin will likely expand on the history of the elves and how the Continent’s current statement came to be. Who knows? Maybe we’ll even get to meet an ancestor of Yennefer of Vengerberg, whose mother was half-elven.

Who is in the cast of The Witcher: Blood Origin?

The cast for Blood Origin includes:

Actress and model Jodie Turner-Smith was initially supposed to appear on the show. But she had to pull out in April 2021 due to scheduling conflicts, with Sophia Brown taking her place.

Is there a trailer for The Witcher prequel series?

Yes! A brief teaser for The Witcher: Blood Origin appeared as a post-credits scene following Season 2 of The Witcher. You can watch it below:

Are there any other Witcher-based series coming out?

Several! In August 2021, the anime movie The Witcher: Nightmare of the Wolf released. It chronicled the journey of Geralt’s mentor and father figure, Vesemir, years before Geralt was born. The film was produced by Studio Mir, which is famous for animated series like The Legend of Korra and Voltron: Legendary Defender.

The next month, Netflix announced a couple of other Witcher-based projects in development besides Blood Origin. After the success of Nightmare of the Wolf, a second animated film will eventually be produced. And somehow, the franchise is going to go family-friendly with an upcoming spinoff series that is safe for kids to watch.

The Witcher Seasons 1 & 2 are currently available to stream on Netflix.

This article was originally published on July 30, 2020