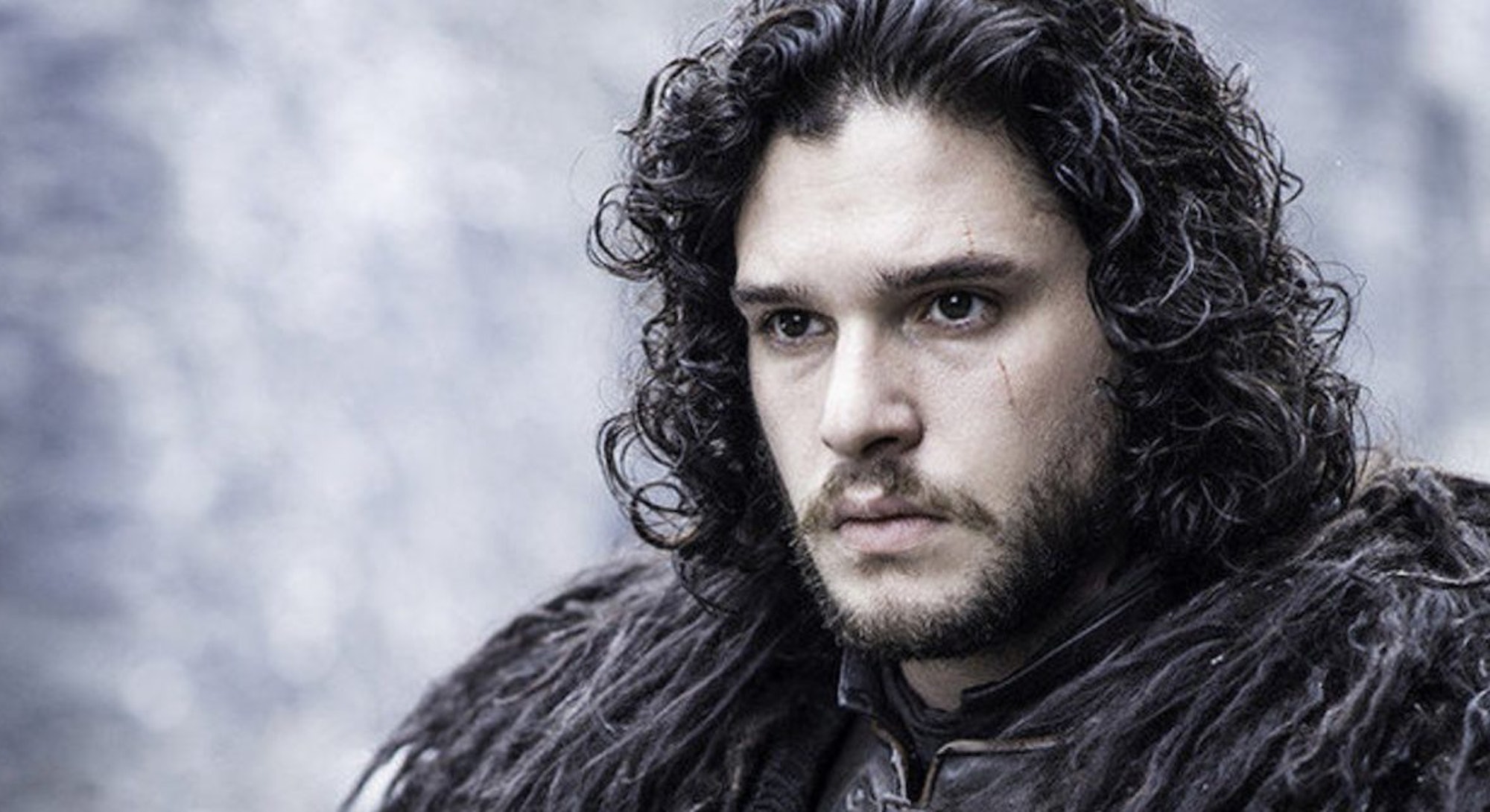 Fans of Game of Thrones know that Jon Snow isn’t actually Ned Stark’s bastard, but Jon doesn’t learn this until very late in the show.

In the books, Jon still doesn’t know his true origin story. In fact, as of A Dance with Dragons, no one in the books has figured it out yet. This means that in The Winds of Winter, Jon may become a Stark before he finds out he’s a Targaryen. Confused? Well, just before his death, Robb Stark sent a letter north legitimizing Jon as his heir to the throne of Winterfell. It hasn’t been seen since, but if it finally turns up in Winds of Winter, Jon Snow just might become King in the North and a real Stark at the same time.

The book's release date remains a mystery (George R.R. Martin claims he's working on it, but who knows). However, whenever the Winds of Winter release date does arrive, it could mean a huge deviation in Jon Snow's story from what we saw in Game of Thrones.

Robb Stark knew that his wedding to Jeyne Westerling (Talisa in the show) might cause trouble. After all, Robb promised to marry a daughter of Walder Frey and then broke that oath in a very public way. He arranged for his uncle Edmure Tully to marry a Frey instead, but he understood it was a tense situation. That’s why, shortly before going to the Twins, Robb wrote a letter naming an heir to his position as King in the North.

A Storm of Swords strongly suggests that Jon Snow was the man Robb named as Heir to Winterfell, and that Robb’s letter also legitimized him as Jon Stark, trueborn son of Ned Stark. The series’ semi-canon companion book, A World of Ice and Fire, explicitly confirms it, although we probably won’t know with absolute certainty until the Winds of Winter release date.

The move also makes sense. Robb Stark had always liked and respected Jon. More important, Robb thought Jon was basically the only option. At that point in Storm, Robb thinks Bran and Rickon are dead at Theon’s hand. Arya is missing, and Sansa is still in the clutches of the Lannisters. Meanwhile, Jon is almost an adult and everyone thinks he’s Ned’s son. He might already be in the Night’s Watch, but desperate times call for desperate measures.

The letter with Robb’s instructions was sent North, and shortly after, Robb and many others died in the infamous Red Wedding. The letter hasn’t been seen since. But if and when it turns up, it could change everything.

How to Find a Lost Letter

When Robb writes his letter, he’s surrounded by his bannermen. Specifically, there are eight other people in the room: his mother, Catelyn Stark; his uncle, Edmure Tully; his brother-in-law, Raynald Westerling; Jason Mallister, lord of Seagard; Greatjon Umber of Last Hearth, Maege Mormont of Bear Island, Galbart Glover of Deepwood Motte, and the captain of a ship called the Myraham. That last fellow should stand out to you. He doesn’t seem very important, but he is.

As master Game of Thrones theorist Cantuse exhaustively explained, every one of those eight characters (except the captain of the Myraham) is quickly assigned an important task. Lord Mallister is sent back to Seagard with Lady Mormont and Lord Glover, Edmure and Raynald to Riverrun, and the rest follow Robb to The Twins. Robb orders Mormont and Glover to sail north from Seagard and gives them documents containing deliberately false orders in case they are captured.

Robb wants his letter legitimizing Jon to go North, and so he either gave it to the party of lords heading that way, or to the sea captain. But Robb wouldn’t have given Mormont and Glover both false orders and a real one, so it’s most likely that the captain got the letter. (If you’re interested, here’s the lengthy and convincing full argument.)

The next critical question is, of course: who the letter is being sent to? There’s a straightforward answer: Wyman Manderly, the lord of White Harbor, the biggest port in the North and one of the few Northern bannermen still in the North during the War of the Five Kings. He was a safe and trustworthy ally and easily reached by sea. If the worst befell Robb (which it did!), Lord Manderly could relay the message to the other Northern lords and to Jon Snow himself.

In Game of Thrones Season 6, a freshly resurrected Jon Snow rolls into Winterfell just in time for the “Battle of the Bastards.” He defeats Ramsay Bolton with Sansa’s help, but then the northern lords steal her thunder by declaring Jon the new King in the North. It made sense in the show. But what if there’s even more to it in the books? If Robb’s letter turns up in the right hands, it actually gives the Northerners a much stronger reason to support Jon, beyond just thinking he’s kind of a chill dude. With that letter, he’ll be kind of a chill dude who is also Ned Stark’s trueborn heir, Jon Stark.

The Grand Northern Conspiracy, a popular and extremely long fan theory, suggests that this is exactly what will happen… and that the wheels are already in motion. In A Dance with Dragons, the Northern lords are split in their claimed allegiances. Some are half-heartedly supporting House Bolton. Others are committed to Stannis and/or anyone else who can kick the Boltons out.

Wyman Manderly, the most likely recipient of Robb’s letter, publicly claims to be on Team Bolton. But he spends his time pretending to execute Davos while secretly helping him and baking Frey boys into pies (literally). He explicitly tells Davos that he owes the Starks a debt and is just playing along with the Lannisters and Boltons. Considered in light of the possibility that Wyman knows Jon is now Robb’s true heir, his actions make sense. And once the Boltons are defeated, he can reveal the big news.

Just like in the show, Jon Snow is probably going to get resurrected in Winds of Winter. After that, he’ll leave the Night’s Watch and head to Winterfell to save his family, and maybe Stannis as well. If the show is any guide, he’ll be crowned King in the North. And, if the information from Robb’s letter made it intact (or if any of the other witnesses survived), he’ll become a trueborn Stark.

And that’s where things really get interesting. Because Jon Snow isn’t a trueborn Stark, or a bastard Stark, but a trueborn Targaryen. In the show, Bran found out that Jon was a Targaryen in the same episode he was crowned King. The irony was palpable. If it plays out similarly in Winds of Winter, Jon will finally achieve his most fervent wish to be Ned’s trueborn son just as we learn he isn’t Ned’s son at all. Wheels will be set in motion that will end his time in the North and likely force him to partner with Daenerys. The King in the North will soon be riding dragons and falling in love with his aunt instead of fulfilling his lifelong dream: ruling justly but dourly from the drafty castle of Winterfell. Poor Jon Snow. He just can’t catch a break.