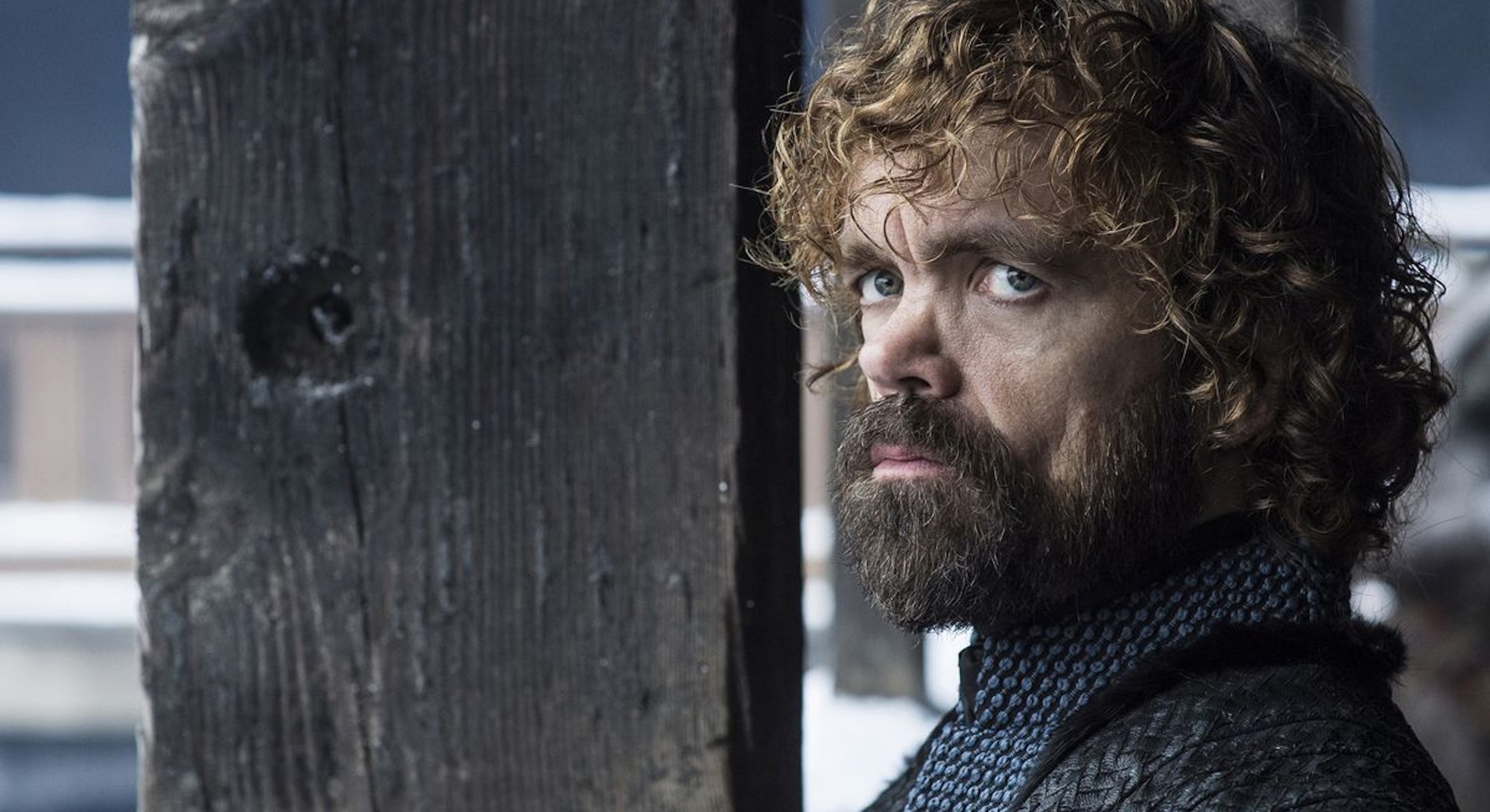 George R.R. Martin has been watching I, Claudius while writing The Winds of Winter.

The author has provided a steady string of updates on his long-awaited sixth Song of Ice and Fire book in recent months. While he's made some progress, fans shouldn’t expect The Winds of Winter in their hands anytime soon. Based on Martin’s own assessment, the book will tentatively be published at some point next year.

Should the tentative become definitive, The Winds of Winter’s release date may coincide with the two-year anniversary of Game of Thrones’ underwhelming series finale. Daenerys Targaryen dies after being betrayed by Tyrion Lannister and Jon Snow, Bran is elected king of the newly minted six kingdoms, Jon is sent beyond the Wall with the Freefolk, and Tyrion becomes Bran's hand as punishment for his betrayal.

Tyrion’s allegiance and subsequent betrayal of Dany never made a ton of sense on the show. The scheming Hand of the show's early seasons could have found a way to sack King's Landing with Dany's dragons while keeping his incestuous siblings safe, if deposed from power. In Season 8, Tyrion's tipping point is Dany's wanton destruction of King's Landing. Yet Tyrion detested King's Landing — remember that firey speech he gave at the trial for killing Joffrey? It was a place full of people who demonized and ridiculed him, even when he risked everything to save them in the Battle of Blackwater.

Tyrion could still put his thirst for vengeance to good use in Martin’s next two books. In fact, it’s possible The Winds of Winter will go in an entirely different direction by changing the most important aspect of his past: his family lineage.

The ties that bind

Tyrion was hated by most everyone in his family. Cersei despised her younger brother and deeply distrusted him. In Martin's books, the valonqar prophecy — which stated she would be killed by her little brother — played a role in her treatment of him. Cersei also blamed Tyrion for killing their mother in childbirth and was later convinced that he wanted her off of the Iron Throne, growing more paranoid that he would succeed.

Meanwhile, their father Tywin was unabashed in his hatred for Tyrion. He was often incensed by the mere sight of his youngest child, as though Tyrion had personally offended him by existing. Perhaps he also harbored resentment toward him for Joanna's death and hated the sight of him. Tywin went out of his way to make Tyrion feel inferior and unworthy of the Lannister name.

Because of his mistreatment, Tyrion always felt out of place, unloved, and deeply unwanted. The relationship between father and son came to blows after Tyrion was accused of killing Joffrey and Tywin didn't defend him. Long story short, Tyrion had had enough and shot his father with a crossbow. Angry and dying, Tywin's final words to Tyrion were: “You are no son of mine.” It’s possible that Tywin was just getting in a last jab at his son, but what if his words were true?

A fan theory has long speculated that Tyrion is not actually Tywin's child at all, but the biological son (whether by consent or not) of King Aerys II Targaryen and Joanna Lannister. If you recall, Tywin served as Hand when Aerys was king and Martin makes it a point to describe Aerys' attraction to Joanna at King's Landing. It's possible Tywin knew that Tyrion wasn't his son and that's why he degraded him and kept him from inheriting Casterly Rock.

"Tyrion: Someone told me that the night is dark and full of terrors. What do you see in those flames?

Moqorro: Dragons. Dragons old and young, true and false, bright and dark. And you. A small man with a big shadow, snarling in the midst of all." — A Dance with Dragons

If Tyrion is indeed a Targaryen, this would also explain his intense infatuation with dragons (he dreamt of owning them in the books and wanted the dragon skulls that once hung in the throne room). More importantly, Tyrion's potential lineage as a Targaryen alters everything that he thought he knew about himself and his future. Rather than betray Daenerys, he may be joining her to fulfill a long-held prophecy in The Winds of Winter.

Tyrion Targaryen, first of his name?

Tyrion and Daenerys have not officially met in Martin’s books, but they’re both in Essos. However, Tyrion has already crossed paths with Young Griff, whom Tyrion believes to be the real Aegon Targaryen (who presumably died as an infant). What’s more, Daenerys saw her brother Rhaegar in visions while in the House of the Undying, where he prophesied that the “dragon has three heads.” Fans have speculated that Jon Snow, Young Griff, and even Bran might be contenders, but it’s possible that Tyrion is the third head.

Considering that he’s about to join the Targaryen cause, it’s possible that Tyrion will learn his true background and ride back to Westeros on a dragon alongside his kin in The Winds of Winter. Of course, his being the third dragon head might only work if Young Griff is actually the real Aegon (which many fans think is true). It can’t be a coincidence that all three Targaryens are converging on the same continent, shepherded along by Illyrio Mopatis (who’s loyal to the Targaryen cause and is plotting with Varys).

If Tyrion is revealed as a Targaryen, it effectively changes the dynamics he’ll have with Daenerys and the Lannisters moving forward. It’s possible that he’ll still betray Dany, especially if he sees her as a threat to the Iron Throne. However, it’s far more plausible that Tyrion will leverage his Targaryen bloodline to potentially get back at Cersei and anyone else who underestimated and mistreated him.

This turn of events would also be the biggest slap in the face for House Lannister, which would immensely gratify Tyrion. Being a Targaryen would also explain Tywin’s resentment and how, no matter what Tyrion did, he was never good enough to be a Lannister. Of course, Tyrion doesn’t have to be a Targaryen to achieve great things, but it would make sense for his storyline and offer him a different kind of power and status.

No matter what happens, all eyes are on Tyrion and his potential alliances with Daenerys and Aegon. Whether he'll be the third head remains to be seen, but what an exciting twist that would be.