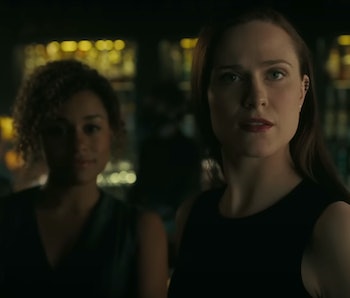 It’s been over two years since Westworld Season 3 came to an end on HBO. Ever since then, fans of the sci-fi series have been eagerly awaiting Westworld’s return. Unfortunately, HBO and the show’s creative team have been tight-lipped about its long-awaited fourth season, and have announced very little about the series’ return over the past two years.

Now, however, HBO has given fans their first real look at Westworld Season 4, and has even revealed when the popular series will return. Here’s everything you need to know.

When is the Westworld Season 4 premiere date?

Westworld Season 4 will premiere Sunday, June 26 at 9:00 p.m. ET on HBO, which means the series will return over two years after its third season’s March 2020 premiere. That’s the biggest gap between seasons in the show’s history. Hopefully it proves worth the wait.

Who is in the Westworld Season 4 cast?

A number of longtime Westworld cast members are set to return for the show’s fourth season, including Thandiwe Newton, Evan Rachel Wood, Tessa Thompson, Ed Harris, Jeffrey Wright, Luke Hemsworth, Angela Sarafyan, and Aaron Paul. West Side Story star and recent Oscar winner, Ariana DeBose, is also set to appear as a recurring guest star, although no details have been revealed about their new character.

Is there a Westworld Season 4 trailer?

Yes! In conjunction with the season’s premiere date announcement, HBO also released an official trailer for Westworld Season 4. Running just a little over two minutes long, the trailer is, in typical Westworld fashion, light on plot and character details.

That said, the trailer is packed with mesmerizing images, including one mysterious shot of Jeffrey Wright’s Bernard staring up at a tree as it catches fire. In keeping with the show’s tone and style, the trailer is also full of violent and unnerving moments.

What is the plot of Westworld Season 4?

At this point, it’s pretty much impossible to guess what the plot of Westworld Season 4 is going to be. The show’s ongoing storylines have become so convoluted that it’s foolish to even try to predict the directions they’ll go when the show returns. HBO isn’t offering much help in that regard either, teasing only that Westworld Season 4 will be a “dark odyssey about the fate of sentient life on earth.”

Hopefully the show will follow through on some of the apocalyptic hints that were scattered throughout Westworld’s Season 3 finale, but only time will tell.

Will Westworld Season 4 be the show’s last?

It’s unclear what might lie in store for Westworld beyond its upcoming eight episode fourth season. When the show was renewed back in 2020, The Hollywood Reporter claimed there were plans in place that suggested Westworld could run as long as six seasons. That number would fall in line with previous comments that members of the Westworld creative team have made about their overall story plans. But a lot can change in two years, so fans will have to wait and see whether HBO chooses to continue investing in Westworld after this year.