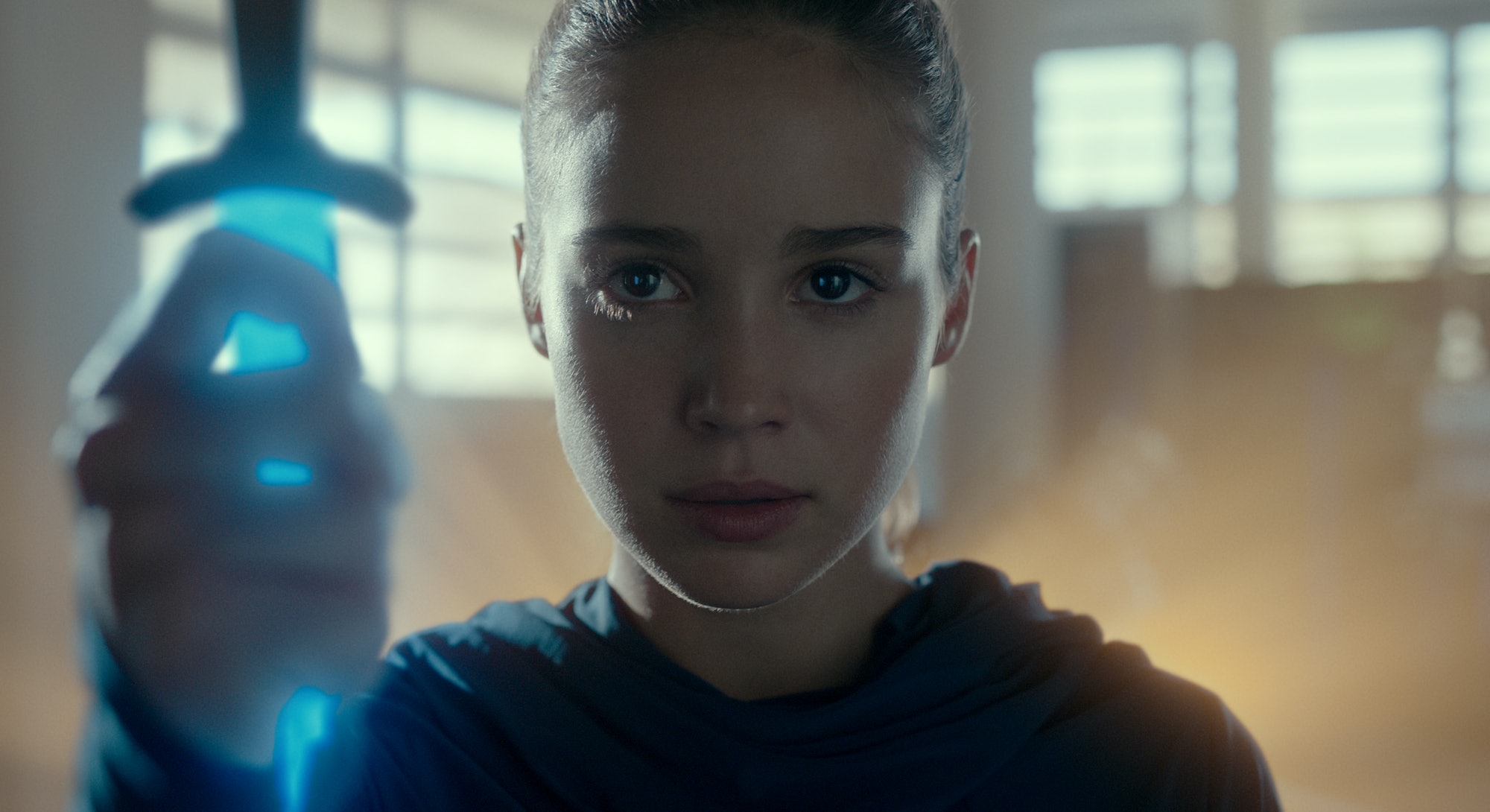 Netflix's newest original series follows a young woman who's chosen by an ancient order to lead them in a fight against the demonic forces of evil using her newfound superpowers.

No, it's not a Buffy the Vampire Slayer reboot. Netflix's Warrior Nun is a brand new adventure based on the popular comic from Ben Dunn. Adapted by Simon Barry (Continuum and Van Helsing, the show), the series follows a secret organization of, well, warrior nuns within the Catholic Church trained to fight demons and led by a chosen hero imbued with powers by a mystical "halo" artifact.

The first season of Warrior Nun just landed on Netflix, but Barry tells Inverse he already has plans for Season 2 and beyond if Netflix decides to renew. "Anything between five and seven seasons would be lovely," he says.

In a phone call ahead of the show's release, Barry spoke about why Warrior Nun is a show and not a movie, how he adapted the comics for Netflix by removing some of the "misogyny," and what (if anything) his show has to say about the Catholic Church in the 21st Century.

The Following interview has been edited for brevity and clarity.

Warrior Nun has been in development for a while. First, it was a show. Then, a movie. How did you get involved in bringing it to Netflix?

It was brought to me when it was being developed as an independent feature film by a Paris based producer I know named Dean English. He had asked me to come on to rewrite the feature script as a favor, and when I looked the original manga book and realized how much mythology there was and how many stories, I went back to Dean and said, "Would you consider doing this as a television show?" He said yes and we got permission to shop it. I took it to Netflix to my production company and we were able to set it up for development.

What about the story's mythology do you think works better as a show than a movie?

There was just too much story for just a movie. There's too much backstory for the history of the warrior nuns and the Order of the Cruciform Sword. Only in a TV show would we have the real estate to not only introduce the world and the audience to this secret sect but also tell the story of how it came to be.

Do you have any idea of where you want to take the story in Warrior Nun Season 2?

I definitely have thoughts. When we were finishing Season 1, we had many more avenues to go down story-wise. So we created a folder thinking, hey, if we're lucky enough to get Season 2, here are some things we could draw from. After seeing the show completed, we regrouped just to talk about ideas.

What do you think is the ideal number of seasons for the story of Warrior Nun?

Well, I wouldn't say it's a hard number. These things tend to reveal themselves when the story starts to feel like it's building to a crescendo. You do want to find a point where you can wrap. With Warrior Nun, I would give it a window because we're still so early in the process of developing it. Anything between five and seven seasons would be lovely.

The original comic is a lot more sexualized. What was your approach to adapting the story for a more kid-friendly, or all-ages, audience?

I never thought of it as kid-friendly. It was more just looking at the Netflix audience and realizing it would be a deficit to the show to honor the comic in that way. We wanted to take the spirit of the book as much as anything, because we knew a straight translation just really wasn't a good business position, both from a point of view of Netflix's mandate and also the worldwide audience.

The thing I love about the books was the attitude. You see it in our advertising: Fucks given? Nun. That catchphrase really sums up the attitude of our show. We're trying to be irreverent. We're also highly aware that there's a contradiction in the books. It's about these very powerful, independent, kick-ass women, but at the same time, they're sexualized in a way that in 2020 isn't done anymore. We wanted to honor the feminist superhero model by pulling out some of that misogyny.

The original comic has been criticized both by Christians for how it depicts them, but also by non-Christians for glorifying the church. Was that something you were conscious of while creating Warrior Nun?

There's a gray area surrounding everything. There's no completely good or completely bad anything in our show. And therefore, it's not that we necessarily target institutions, we target characters. It was obviously loaded for us to have the Catholic Church as the subject of this story, but we also wanted to make sure that we weren't just on a mission to make a show about the church. It's not, it's a show about these women and their sisterhood. The church is just a backdrop. We're not out to really make a comment about the politics of the Vatican in 2020, but we are commenting on some of the traditions and mechanisms of the church that still operate in an old fashioned way.

What do you mean by that? What mechanisms and traditions?

Things like men being priests and women being nuns, the way the power structure works. Instead of being theologically based, it's more about how bureaucracies operate.

If you don't mind me asking, what's your own religious background? And how did that influence Warrior Nun?

I'm from a very mixed religious background. I have Catholic, Presbyterian, and Jewish in my family. So I was raised with sort of the shadow of Catholicism over my immediate family. My parents were from Ireland and very liberal-minded. They gave me the option to pursue any religion I wanted. And so I opted to not really go into any religion. I was more into sci-fi.