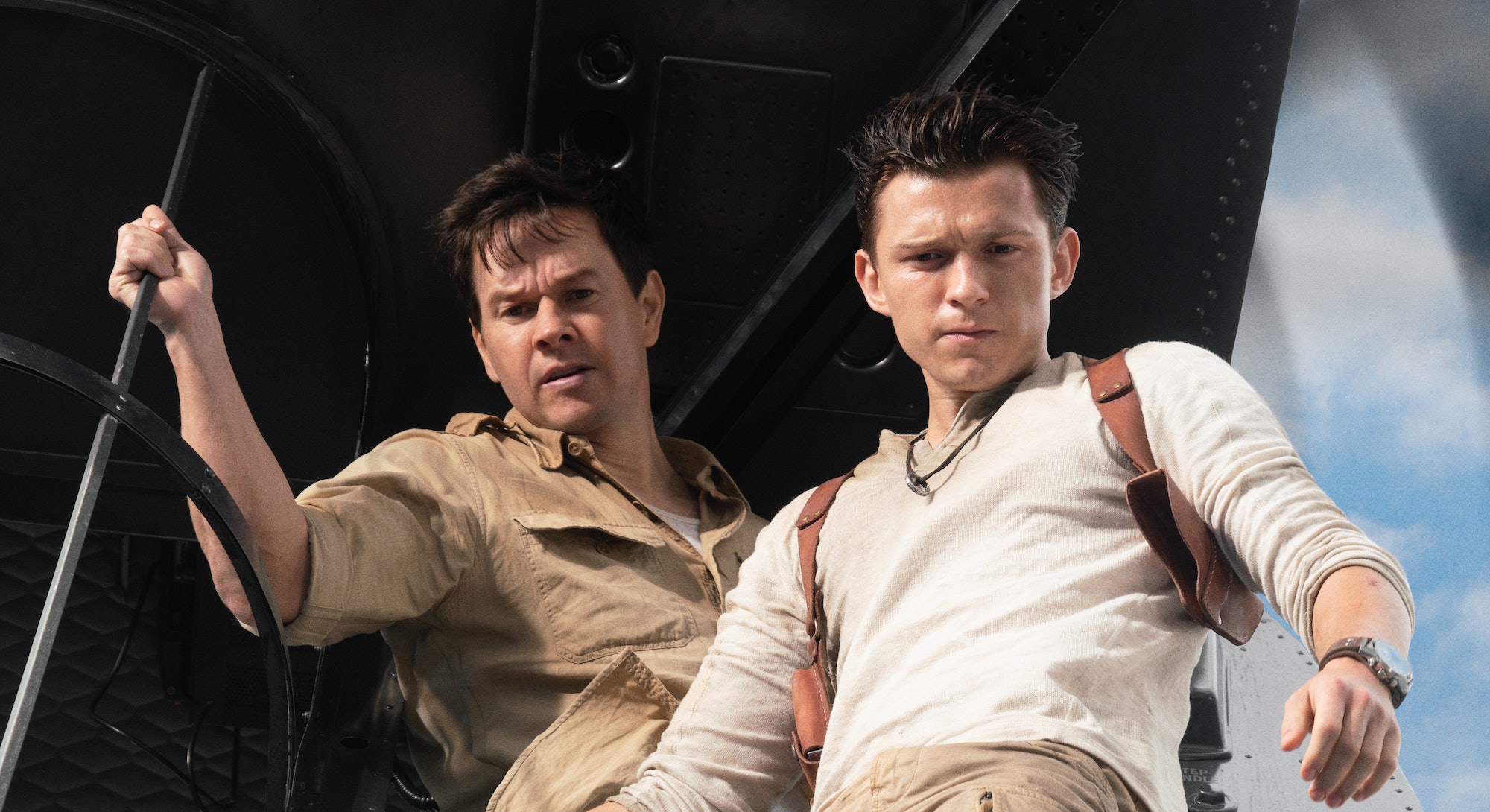 When Tom Holland boarded the project to turn the long-running video game series Uncharted into a movie in 2017, the film had been in development hell for nearly a decade.

After cycling through directors, scripts, fears of the so-called “video game curse” at the top of too many people’s minds, the tides turned. Fresh from his debut as the web-slinging star of Spider-Man: Homecoming, Holland came to the table with a spin only obvious in hindsight: What is daredevil fortune hunter Nathan Drake’s origin story?

“We knew we had to get it right,” Uncharted producer Alex Gartner of Atlas Entertainment tells Inverse. “We had a forehead slap moment. As inspired as we were, it wasn't until we turned a new page and realized that we had to tell a fresh story that it felt right.”

“We wanted to tell the story from the beginning.”

Though the origin story concept has been explored in many superhero movies — which have ruled the box office for the better part of 20 years — the idea felt fresh for Uncharted. It was a solution for all audiences to hop aboard, whether they’d ever owned a PlayStation or not.

“We came to the conclusion that people that played the video game have been so immersed that, when they watch a film, they are bored,” Holland tells Inverse. “We wanted to tell the story from the beginning, a point of view gamers haven’t seen: Nathan and Sully’s first adventure.”

“The thing we’re wrestling with is the idea that gamers haven’t seen this story before,” he continues. “And people that haven’t played the games don’t need to, because they are getting the introduction to the characters.”

“A large part of [Uncharted] was Tom Holland’s interest in playing this [role], and telling this story that hadn’t been in the games,” Gartner adds. “Because the games don't cover that part of Nathan Drake’s life. That was the opportunity, the inspiration.”

“If you’re watching a movie that feels like somebody playing a video game, it’s not fun.”

Fleischer, who signed on in January 2020 to direct a script written by The Wheel of Time showrunner Rafe Judkins based on a draft from Iron Man writers Art Marcum and Matt Holloway, agrees with Holland on the difficulties with video game adaptations.

“I think it’s boring to simply adapt video games on the big screen,” he says. “They’re an active experience.”

The director says, “Let’s be honest. If you’re watching a movie that feels like somebody playing a video game, it’s not fun.”

“It’s important in adapting any material that you’re finding an aspect of the source that hasn’t been explored, or you’re shedding light on something fans hadn’t seen already.”

Regarding the film’s premise as an origin story, Fleischer says it wasn’t his decision, “but I think it was a really smart one.”

“It was like cramming for tests in high school,” he says.

Fleischer had played the first game during its initial release when he was “unemployed and did not have any children” in 2007. But after the success of his debut film Zombieland in 2009, there was less time for video games.

“But once I got involved, I played all the games to make sure I was up on everything Nathan Drake had been up to,” Fleischer says. “I didn't want to embark upon this film without that familiarity.”

It turns out he had more time to catch up than he thought.

“It was like cramming for tests in high school.”

On the first day of principal photography in Germany on March 16, 2020, production halted due to a scary then-new pandemic: Covid-19.

”That’s basically when the shit hit the fan,” says Fleischer. “This was an unprecedented, scary time for us all.”

“Just imagine all the years we tried to find the right alchemy to get the movie made,” says producer Charles Roven, who’s been on the project since 2009. “The emotional anxiety, the disappointment for Alex, myself, Avi [Arad, another producer], those of us who went through the whole pre-production period.”

What followed was a half summer’s worth of fear and uncertainty — as well as the possibility that Uncharted was not meant to find box office treasure.

Miraculously, Sony stood by the film.

Shooting resumed in July 2020, making it one of the first major Hollywood movies to resume work that year. Living up to its title, Uncharted piloted many pandemic-observant practices common on other television and movie sets today, from daily Covid tests to setting quarantine periods to zoning cast and crew.

“We were only learning about the gestation period of the disease,” recalls Roven. “I think we were one of the first to invent protocols that the guilds, the unions, and countries we were visiting said ‘Okay, we’re with you.’ Many of those protocols were adopted by other projects that got going.”

“It was all new ground for everyone involved,” says Fleischer. “Whether it was wearing masks or testing on a daily basis, or social distancing and having to limit the number of extras – it was all stuff no one had done before.”

“We only lost one day to Covid,” Roven says of the post-July shoot. “It was an incredible bright light in what could have been a very cold period, and was a cold period for many.”

Uncharted ignores the pandemic on camera. In the movie, Nathan and Sully navigate exotic streets, lavish parties, and underground raves all packed with people, with nary a face mask in sight.

“The goal was to make a movie in which that problem didn't exist,” says Gartner. “We wanted fun be the main fabric of the movie.“

“It feels like it could have been made at any time,” says Fleischer.

“We lost one day to Covid.”

Despite all the challenges and the origin-story script, Uncharted is still a movie based on a video game, and an incredibly popular one at that. There stands a mountain of expectations to climb. Speaking from his experience adapting comic book movies, Roven — whose producing credits include Get Smart, The Dark Knight, and Wonder Woman — believes Uncharted can be the start of a better trajectory for movies based on video games.

“Making movies out of comic books wasn't the easiest thing in the world,” he says. “There were a lot of tries, and they didn't work.”

Today, they’re a dominant force at the box office.

The producers of Uncharted aren’t planning a PlayStation Cinematic Universe, yet. For now, like all hunts for treasure, the only destination that matters is the X that marks the spot.

“All our energy has gone into making this the most fun it can be,” Gartner says. “There’s no pretensions here. The movie we set out to make is a great ride.”

Uncharted opens in theaters on February 18.