The Rules of Time Travel

You need to stream the most overlooked time-travel movie ASAP

“Geez, this always works in the movies!” 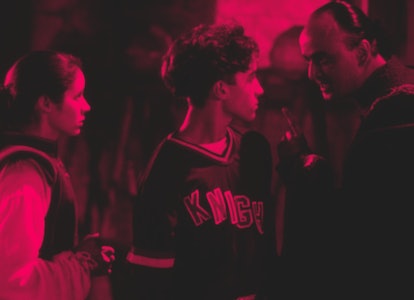 I will always defend the subtle art of the Disney Channel Original Movie. DCOMs are the perfect place for quirky, original live-action movies without the pressure of needing to deliver a huge Disney-level blockbuster. However, DCOMs aren’t as historic as Disney itself. There are some older films that absolutely fit the mold of the made-for-TV family movie, and this time-travel adventure streaming on Disney+ is one of them.

A Kid in King Arthur’s Court is a 1995 fantasy movie directed by Michael Gottlieb (who, funnily enough, moved to video game producing right after this movie). It stars child actor Thomas Ian Nicholas as Calvin Fuller, your normal baseball-playing suburban boy. After an unexpected earthquake, he finds himself magically transported to King Arthur’s time — an elderly King Arthur but the legendary character all the same.

The Rules of Time Travel is an Inverse special issue exploring the evolution of science fiction's most imaginative sub-genre. From Marty McFly to Avengers: Endgame.

Over the course of the film’s swift 89-minute runtime, Calvin invents rollerblades and the bicycle, uses his Walkman to introduce the medieval populous to rock n roll, and then strikes up a friendship (and possibly more) with the younger of King Arthur’s daughters.

The plot of A Kid in King Arthur’s Court isn’t very deep, but that’s the joy of it. It’s a Princess Bride for the ‘90s, with some added pop culture references. There are jousts, romances, and everything you could possibly want from a medieval adventure.

The biggest appeal of this movie is without a doubt the cast. Ron Moody has a small cameo as Merlin, but the biggest names are actually given fifth and sixth billing: Kate Winslet and Daniel Craig. That’s right, Rose from Titanic and James Bond got their starts as forbidden lovers torn apart in a medieval time-travel movie for kids.

A Kid in King Arthur’s Court may not hold a flame to Disney’s princess movies, but alongside Disney Channel Original Movies like Zenon Girl of the 21st Century and Halloweentown, it fits right in. In fact, this movie was almost universally panned when it comes out in 1995.

Thankfully, we don’t live in 1995. We can watch this movie whenever we want through the technology of Disney+, where a new generation can see for themselves how much fun this medieval romp is. Even if you didn’t grow up with the stories of King Arthur or in the 90s, there’s an immortal sort of nostalgia for the world where a time-travel fantasy comedy for kids garners a wide release.

A Kid in King Arthur’s Court is now streaming on Disney+.