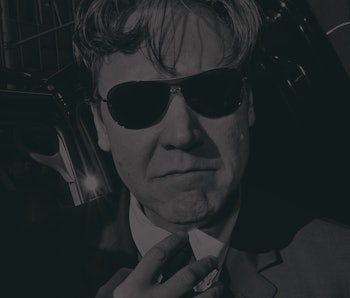 The Marvel Cinematic Universe is about to get way bigger. We already knew Russell Crowe was set to play a role in the upcoming Marvel movie Thor: Love and Thunder, but the actor just confirmed a rumor that could open the MCU up to an entirely new pantheon of characters.

Here’s what you need to know. (Warning! Spoilers ahead for Thor: Love and Thunder.)

In an interview with Australian radio station Joy 94.9, Crowe seemingly confirmed that he’s playing Zeus, the Ancient Greek god of thunder and king of the gods, in Thor 4. Some fans had speculated this could be the case (the Greek gods, including Zeus, exist in the Marvel comics), but obviously, we’ve never seen them before in the MCU.

Here’s the key quote from that interview:

“I'm gonna get on my bicycle. I'm gonna ride up to Disney Fox Studios, and around about 9:15, I shall be Zeus! It's for Thor. It's my last day of Zeus-ing about, and I'm going to enjoy it.”

Listen for yourself here:

From the laughter in this clip, it’s tough to say if Crowe is joking or not. It’s possible, but it also seems unlikely he’d make a proclamation like this in an interview if it wasn’t true. Of course, having the Greek god of thunder appear in the same movie as Thor sets up a very fun confrontation. It also raises the stakes for the Thor 4 villain, Gorr the God Butcher (Christian Bale), whose whole thing is killing gods, regardless of which mythology they belong to.

But beyond that, putting Zeus in a Marvel movie could change the entire MCU forever. Here’s how.

How Zeus in Thor 4 changes the MCU

Once one Ancient Greek god is canon in Marvel movies, the rest of them will presumably follow suit. We could see other gods like Hades, Poseidon, and more show up in future MCU movies, along with heroes like Hercules and Achilles, as well as monsters like the Hydra and Cerberus.

Marvel’s comics even have an explanation for how Greek gods can exist, referring to them as “Olympians” and explaining that they hail from a pocket dimension accessible via Mount Olympus in Greece. Their occasional interactions with humanity led humans to perceive them as gods.

The Olympians primarily show up in Thor storylines, but they’ve also been featured in Avengers comics. Could Avengers 5 turn out to be the Avengers vs. Olympians? Right now, anything seems possible.

This story is developing and may be updated.

Thor: Love and Thunder flies into theaters on February 11, 2022.