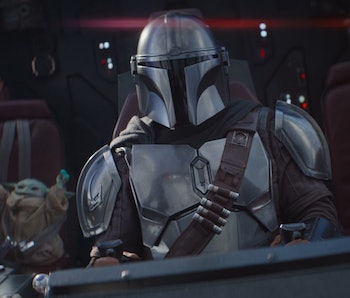 The Mandalorian last graced our screens in 2020 with its unforgettable Season 2 finale that had one of the most talked-about Star Wars cameos of all time. The wait for Season 3 has been long, but fans got some respite in this year’s Book of Boba Fett. The latest Disney+ series unexpectedly continued Mando’s (Pedro Pascal) and Grogu’s stories and laid some exciting groundwork for the upcoming season. Spoilers ahead.

Mostly, we’re just glad that Mando and Grogu found their way back to each other in Boba Fett. But some serious obstacles lie ahead as they travel to Mandalore to reclaim Mando’s homeland. Meanwhile, the events surrounding Grogu’s escape from Order 66 are not exactly clear. While there’s no official premiere date for The Mandalorian Season 3, there’s still no better time to speculate about what’s bound to happen.

4. Will Luke Skywalker and Ahsoka return?

Considering the events from The Book of Boba Fett, it’s probably safe to say that Luke Skywalker and other Jedis will not be a priority for Season 3’s storyline.

Luke Skywalker made his CGI, de-aged debut at the end of Season 2 when he saved the day and whisked Grogu away to teach him the way of the Jedi. Their story continued in Boba Fett but ultimately ended with Grogu choosing Mando over the life of a Jedi. For now, Luke’s involvement with Grogu seems to be over. Although we expect there is more story to be told between Luke and Grogu, especially as the young Force user gets older — and more powerful.

But since Grogu is with Mando again and Mando has his own journey ahead, Season 3 will likely be focused on Mando’s quest. As for Ahsoka, there’s a chance she could return since she had a small cameo in Boba Fett. With Ahsoka’s spin-off on the way, another appearance on The Mandalorian could help set up the new show, much like Boba Fett teed up Mandalorian Season 3.

Star Wars has slowly started filling in the gaps of Grogu’s backstory, namely how he survived Order 66, an event that wiped out most of the Jedi knights and padawans. It’s part of the reason Grogu chooses to go with Mando at the end of Boba Fett because Luke Skywalker unsurfaced those traumatic memories for Grogu.

In a flashback, we saw three Jedi protecting Grogu; however, Boba Fett does not reveal enough details to identify them. The only clue eagle-eyed fans spotted was Barriss Offee’s crest from The Clone Wars Season 5 finale on the side of the wall. It gives us reason to believe that Barriss could make her live-action debut in The Mandalorian Season 3. Or, at the very least, we’ll see more flashbacks of Order 66 as Grogu processes his trauma while Mando seeks his redemption.

More Mandalorians will appear in Season 3. Katee Sackhoff is set to return as Bo-Katan, who was first introduced in Season 2, along with Simon Kassianides as Axe Woves. We first met these Mandalorians in the episode “The Heiress,” when Mando helped them steal an imperial cruiser.

Season 2 ended with growing tensions between Bo-Katan and Mando. Bo-Katan wants to win back their home planet from the Empire and lead the Mandalorians. To do so, she also needs the Darksaber, a bladed lightsaber that is passed down from leader to leader. Yet, Mando rightly won the Darksaber in a battle, and despite offering the weapon to her, Bo-Katan refused, wanting to earn it for herself.

This obviously pits Mando and Bo-Katan against each other. While the two struggle toward a similar cause - getting Mandalore back to the Mandalorians — they may need to face each other first before one or the other could help their fellow people.

1. Will Mando visit the mines of Mandalore?

After Mando committed apostasy by removing his helmet in Season 2, he’ll need to seek redemption to earn the respect of the other Mandalorians, as he learned from the Armorer in Boba Fett.

Season 3 will likely focus on Mando's road to redemption. And there’s further evidence, beyond Boba Fett, that points to this being the narrative direction of the upcoming season.

It was recently reported that Christopher Lloyd (Back to the Future) will join Season 3. One theory says he could be playing Tobbi Dala, a Mandalorian from the comic storyline, Star Wars #68-69. The events from those comics align with set photos revealing a pilgrimage to the mines of Mandalore; the devastation of Mandalore in these set leaks matches the description in those comics.

It seems all but certain that the mines will be a significant setpiece for The Mandalorian Season 3. How everything turns out for Mando, Grogu, Bo-Katan, and others remain to be seen. But it is sure to be a riveting new season, indeed.

The Mandalorian Seasons 1 & 2 are now streaming on Disney+.