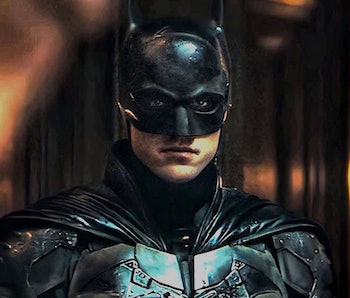 The Batman promises to be a film unlike any other to feature the Dark Knight. Yes, it’s a gritty take on the Caped Crusader, like Christopher Nolan’s trilogy before it, but Matt Reeves’ blockbuster is set to go in a more noirish direction, depicting the early years of both Bruce Wayne’s career and the criminal-infested Gotham City we know and love.

Robert Pattinson’s superhero turn is poised to deliver a breath of fresh air to a classic franchise, but is there a chance we’ll see more than just one movie in this rendition of the DC universe? Rumors are already swirling that Reeves’ Batverse may be one DC plans to inhabit for a long time.

Here’s everything you need to know about The Batman 2.

Is The Batman 2 sequel confirmed?

Though there are still six months to go until The Batman premieres in theaters, fans — and studio executives — are already looking to the future. According to leaker Daniel Richtman, who has a fairly reliable track record with reporting of this kind, Warner Bros. has internally already greenlit a sequel.

It’s still a rumor, but there’s good reason to believe a The Batman sequel will happen. WB has been developing the DC Extended Universe for many years now, and this iteration of Batman offers a unique opportunity to open up a separate universe full of alleys and side streets to explore.

Furthermore, a “Batverse” is already underway, with HBO Max television spinoffs planned for The Batman characters Commissioner Gordon (Jeffrey Wright) and Oswald Cobblepot/The Penguin (Colin Farrell). It would be unusual for the streaming platform to carry on this Batman’s story without another film in the works, right?

Do we know when The Batman 2 is coming out?

Considering that The Batman was delayed for months, we might not even be safe in eyeing March 4 next year as the date on which this first film will hit theaters. But if a sequel were to move swiftly ahead, a release in the fall of 2023 or 2024 is probably a safe bet. Maybe this time, Warner will make good on its plans for an October release.

That said, the Batman 2 may be timed to coincide with the TV shows now in early development, so more factors than just a theatrical calendar may be considered when scheduling any sequel.

Is there a The Batman 2 trailer?

At the upcoming DC FanDome 2021, a new trailer for The Batman is expected to arrive. And, who knows, perhaps a sequel will be announced at that time well. But given that not a frame of any sequel has been shot, a trailer is likely out of the question until at least this time next year.

What is The Batman 2 plot about?

The Batman 2 will probably be a traditional sequel to The Batman, given how the first film follows the beginning of Bruce Wayne’s vigilante career. But depending on its timing, the sequel could serve as a crossover event between those HBO Max spinoff shows, or at least factor their storylines into a larger story for the next film.

If there is a sequel to The Batman, one can imagine it will find the Dark Knight continuing into darker territory than even Reeves’ first time at bat (ahem). We’ll also likely see a more confident Batman than the relatively green one featured in this first movie.

What villains will be in The Batman 2?

Again, we’re pretty much in the dark. The Batman’s primarily villain appears to be the Riddler, which suggests that character’s plotline may be fully finished by the end of the movie. However, other standbys like the Penguin and Catwoman will also figure into The Batman, and could return again in a sequel.

Of course, the Dark Knight has always boasted a deep rogue’s gallery. Classic villains like the Joker, Two-Face, Poison Ivy, Ra's al Ghul, Bane, Scarecrow, and the Court of Owls could easily show up in The Batman 2 or elsewhere in DC’s new batverse. We’ll just have to wait and see.

The Batman premieres in theaters March 4, 2022.