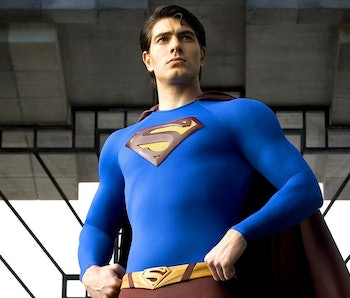 By 1983, the Superman franchise seemed exhausted. Superman III, starring Christopher Reeve and Richard Pryor, was lambasted by critics for its overreliance on cheap gags, boring enemies, and an incoherent plot. The owners of the franchise, producer Alexander Salkind and his son Ilya, told each other that they would only continue if the movie made more than $40 million, or $119 million today. To the surprise of many, they exceeded that goal.

And so in 1984, seeking to expand, the Salkinds announced a spinoff, Supergirl. The brand was strained when Superman himself, Christopher Reeve, declined to appear in a cameo. Then came the ultimate nail in the coffin: Superman IV: The Quest for Peace. Hampered by budget cuts and penny-pinching from producers at The Cannon Group, Superman IV was such a flop that it scared studios off of superhero movies for decades.

There were several attempts to restart the franchise, including Tim Burton’s Superman Lives, which would have starred Nicolas Cage. But after that project became a financial boondoggle, it was decided that the role of Superman would be best left to unknowns. In the hit TV show Smallville, debuting in 2001, that was Tom Welling. Five year later, in Bryan Singer’s Superman Returns, it was Brandon Routh.

Superman Returns is an odd movie. First, despite the fact that it’s a 21st century superhero movie, it’s essentially a standalone film with only loose connections to the Reeve films. There’s also the fact that not one but two of the film’s principals, Singer and the movie’s Lex Luthor, Kevin Spacey, have had their careers overshadowed by sexual assault allegations. But considering how Hollywood has decidedly moved on from the world of Superman Returns, there are elements in in worth re-examining today.

That starts with Routh. His Superman is less emotional than Reeve, and he’s wise not to play the character in the exact same fashion. The movie takes place five years after Superman has suddenly abandoned humanity—and Lois Lane (Kate Bosworth)—to examine the wreckage of his long-destroyed Krypton, recently discovered by astronomers.

This is a tantalizing premise that Singer doesn’t really touch. What was it like for Superman to explore this wreckage? The movie doesn’t linger on it. It also doesn’t expect its characters to ask why it’s weird that Clark Kent went on a sudden trip of self-discovery at the exact same time Superman left, or why the two return at the same time. What’s important is that Superman is back, Clark Kent is back, and they’ve discovered a world that kept on churning without them.

Lois is married with a kid, for one thing. While Perry White (Frank Langella) is happy to give Clark his job back, he returns to a Daily Planet where all anyone can talk about is his alter-ego, much to Lois’ chagrin. After all, she’s about to be given a Pulitzer for her column, “Why The World Doesn’t Need Superman.”

For another unexpected turn, Lex Luthor got out of jail because Superman left the planet before he could testify in court. The movie gives Lex a wonderful opening, charming an ailing widow (Noel Neill, the original Lois Lane) out of her will on her sickbed. As he emerges from her room to face her terrified family, he tosses the wig he’s wearing to a screaming child. Singer and Spacey give Luthor a comedic punch, a snide rudeness which can turn dark when paired with main squeeze Kitty Kowalski (Parker Posey).

Luthor is concerned with real estate, using crystals from Superman’s Fortress of Solitude to build a new Krypton right where North America is. North America will have to be destroyed, of course, but such is the cost of progress. Playing on Superman’s penchant for saving damsels in distress, Luthor is easily able to get his hand on kryptonite as well.

More than any plot point, Superman Returns wanted to reintroduce the character to a new generation. Singer emphasizes just how bulletproof he is with a slo-mo shot of a bullet hitting his eye. Several iconic moments are recreated, including the Action Comics cover where Superman lifts a car over his head.

Crowds were happy to see Supes again, driving it towards $400 million at the box office. But while the movie made a lot of money, it wasn’t enough for Warner Bros. The sequel never happened, a huge blow to Routh that drove him to a World of Warcraft addiction. But the elements for a fully realized superhero were all there, even if it would take a few more years before the MCU showed how a corporation was supposed to handle movies like these.

Superman Returns is streaming on Netflix until April 30th.

More like this
Culture
Jan. 19, 2023
We have Michael Bay to thank (or blame) for the modern blockbuster climax
By Chrishaun Baker
Culture
Jan. 25, 2023
David Cronenberg made the best Stephen King adaptation you probably haven’t seen
By Jon O'Brien
Culture
Jan. 29, 2023
A 2011 Jake Gyllenhaal thriller reinvented the time travel movie
By Alex Welch
LEARN SOMETHING NEW EVERY DAY.
Related Tags
Share: