“It was a coping mechanism” 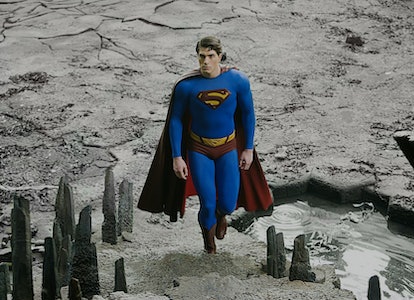 Almost 14 years ago, Brandon Routh was flying high as the lead in Superman Returns, a continuation of the landmark Superman movies that starred Christopher Reeve. But when a sequel didn't take flight, Routh suffered personal strife that included an addiction to the online role-playing game, World of Warcraft.

In the March 3 episode of Inside of You with Michael Rosenbaum — hosted by actor Michael Rosenbaum, who also played Superman nemesis Lex Luthor in the TV series Smallville — Brandon Routh appeared as a guest where he spoke openly about his phobias, mental health, and pressures working in Hollywood. One topic concerned his disappointment over Superman Returns, a hit movie that mysteriously did not spawn a franchise.

"I would say the end of my run as Superman, in Superman Returns, that did not pan out the way I thought it was going to," Routh said. "I had to really come to terms with a lot of that."

He added, "I played World of Warcraft endlessly. That was my addiction."

In the same episode, Routh also talked about his exit from the DC TV show Legends of Tomorrow, where he played Ray Palmer/The Atom for five seasons. "Leaving wasn't my choice," Routh said. "There's all of those feelings mixed up in there and nobody, to my knowledge, in the crew wanted to see me go."

In 2006, Routh starred in Superman Returns directed by Bryan Singer, a now controversial figure due to the numerous child sexual assault allegations against him. The film, released just before the epic rise of the superhero shared universe, performed admirably with a 75% rating on Rotten Tomatoes and a box office gross of over $390 million worldwide.

All told, the film was a hit. But a sequel did not manifest in its aftermath. The Superman franchise was abandoned by Warner Bros. until 2013, when the studio rebooted it with Man of Steel (starring Henry Cavill) to begin what fans call the DC Extended Universe.

The inability for Superman Returns to continue left Routh troubled, leading to an addiction to video games, most of all World of Warcraft. Released in 2004 by Blizzard Entertainment, World of Warcraft was (and still is) a popular open-world fantasy game that, at its peak, boasted 12 million active players.

While its popularity fostered many friendships around the world and even inspired an Emmy-winning episode of South Park, there are countless accounts of people's crippling addictions to the game. Actress Felicia Day previously told Inverse about her own addiction to WoW, which led to her producing the comedy web series The Guild.

"Thankfully, I guess, I didn't lean on drugs or alcohol," reflected Routh. "There is no beating [WoW]. It goes on forever as it's designed to do. And that was my therapy, air quotes. But it wasn't helping me. It was a coping mechanism. It wasn't until I had several experiences where I had to come to terms with that. Now I have a better understanding of what happened then. It took me way too long to get to that point."

Routh credits his wife, actress Courtney Ford (who also starred in Legends of Tomorrow in the recurring role of villain Norah Darhk) for helping him through. "We both learn from each other. But seeing from my perspective, I see the deficit that I was experiencing at my life at that point. She knew me best then. She knows me best now, and so going through that whole trauma of the end of Superman Returns was a long, drawn-out process with me in denial for much of it."

"When there was no sequel, when the movie was widely well reviewed — people liked the movie, it made almost $400 million dollars worldwide, but that wasn't enough — it was a very slow fizzle out of the possibility of a sequel over the next two to three years. And I did everything I could do in my world to help make it happen."

The actor didn't reveal what faction (Alliance or Horde) he played, but, that's not the point. The point is that no one, not even Superman, is immune to feeling helpless or vulnerable. "That was where I lost myself," said Routh, reflecting. "It took me a long time to come to terms with that. That was an addiction for me."

The whole hour-long interview is worth listening to fans of DC comics, movies, and TV, as Routh gets raw about Hollywood and likably human. He described playing Superman as "I jumped to the front of the line, and then I wasn't given what I thought I had earned," and revealed Bryan Singer was not so pleasant to work with. "He was not always the kindest person to everyone," he said.

Routh also revealed the "traumatic" experience of leaving Legends of Tomorrow. "I filmed my last episodes in the Arrowverse as Ray Palmer. That was a very traumatic event for me," he says. "It was shocking."

When Rosenbaum asked if they blindsided Routh on his final days, Routh says he knew it was coming months ahead of time but that it was not "well-handled."

"It was before we started production. And it was not well-handled," he said. "That is something I'm, my wife and I, are both still working through. It's been a huge transition time for us the last eight, nine, ten months, going, 'How am I going to find the joy in that knowing this is looming?' But I worked to just be with my crew who've become my family, and my cast ... and just be there in the interactions with the people. How do you do that? You have awareness."

You can watch Routh's episode of Inside of You below.